There is something dramatically wonderful about reading spy or heist books. Possibly because it’s bad to steal (tut, tut, don’t do it) and but the thrill of the chase lures us into wanting the adventure stories anyway. Dashing criminals. Masterminds. Near misses. Oh do I have the list for you.

Here are some Young Adult books that deal with heists, spies and con artists. Read them immediately. But don’t steal them, okay? Okay. 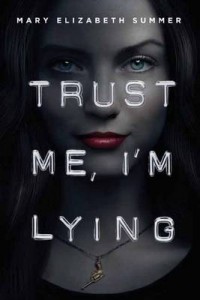