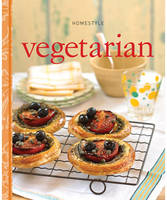 I’ve been vegetarian for more years than I’ve not, but despite my best intentions I’ve never quite made it across the vegan line. That’s largely because I’m an infamously fussy eater and an equally terrible cook—veganism requires a bit more cooking creativity and prowess than I’m currently capable of.

Recently, though, I’ve been heartened to see that there’s been a groundswell of support for veganism—no longer considered the extreme end of the eating stick, veganism is (dare I and my friend and fellow writer and editor Carody, with whom I had this conversation the other night, say it) suddenly cool.

One movement that’s been leading (or perhaps symptomatic of) the shifting attitudes is the 30-day vegan challenge. It is how it sounds: You spend a month sans animal products. They offer a social media- and website-load of encouragement and support. Everybody is happy. 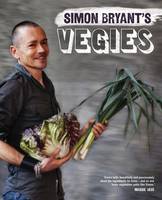 Carody and I have gone to take up the challenge a few times now, with the idea that the combination of the challenge and the fact that we’re doing it together would halve the workload and double the motivation, but work and travel have defeated us each time. Until now. It’s looking like February is the month going vegan, and that our friend Tom is going to join us (and before someone argues the semantics, yes, I recognise that February only has 28 days—whatever).

The question, of course, is what to cook? And from which cookbooks? I already own and love cooking from Homestyle Vegetarian, which has a bunch of vegan recipes or ones that can easily be adapted to be so. I also own and love looking at Simon Bryant’s Vegies, although I will admit that I bought it in a fit of it’s-so-pretty pique and got it home to find that, while it’s great gastroporn, it’s much, much too Masterchef for me (as a side note, see book title rant below).

I almost bought Vegan Eats World (also see rant below) in the pre-Christmas I-should-be-buying-presents-for-other-people-but-I’m-really-buying-them-for-myself frenzy. What stopped me is that it doesn’t have pictures for each and every recipe, which is a must in my limited-ability, limited-patience cooking world. But I’m also up for any excuse to buy new books (especially beautifully produced cookbooks). Any recommendations? Rant: While I’m on a rant rampage, a note to chefs and food writers thinking of putting together cookbooks (and to the editors seeing them through to full production): You’re going to want to call it something a little more original and distinct than ‘vegetarian’ or ‘vegetables’ or ‘vegetarian cookbook’.

If you can’t make it something memorable like ‘Vegan Eats World’, at least make it searchable. Nothing is worse than not being able to narrow the search because there’s no extra useful words in the title and you don’t know the author’s name and you can’t search by ‘I think it has an orange cover’. This is especially awful when you’re the hapless bookseller searching for a customer who is simultaneously giving you no information with which to work and getting passive aggressive because you can’t find the cookbook they vaguely remember seeing once, years ago.