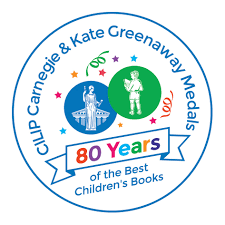 No surprises that Australian YA literature is up there with world’s best. The prestigious UK 2017 CILIP Carnegie Medal shortlist has just been announced and two Australians have been included: Glenda Millard for The Stars at Oktober Bend (Allen & Unwin) and Zana Fraillon for The Bone Sparrow (Hachette). The writing in both these YA novels is sublime.

The Carnegie Medal is awarded for writing and the Kate Greenaway Medal for illustration.

I reviewed The Stars at Oktober Bend for the Weekend Australian . A memorable scene is of beautiful, damaged Alice Nightingale perched ‘on the roof of her house at Oktober Bend, “like a carving on an old-fashioned ship, sailing through the stars”. She is throwing fragments of a poem into the night.’ Her new friend, Manny, is a former boy soldier. I also reviewed The Bone Sparrow, about young Subhi in an Australian detention centre, in another Weekend Australian YA column, describing it as a ‘universal refugee tale’ and an ‘exalted, flawless book’. They were both in my top 6 YA books for 2016 and both are currently CBCA Notables (the Children’s Book Council of Australia’s long list). The Bone Sparrow was also shortlisted for the 2016 Guardian Children’s Fiction Prize.

It does sound as though Mal Peet and Meg Rosoff are favourites to win the Carnegie. I haven’t yet been able to finish reading Beck, which Meg Rosoff completed after Mal Peet’s untimely death. The pedophilia scenes are so confronting I fear the images won’t be erased. Mal Peet was a raconteur. I chaired a wonderful session at the Sydney Writers Festival with him and Ursula Dubosarsky, whose new novel, The Blue Cat, will be published soon. I was fortunate to have an entertaining lunch with Meg Rosoff and a colleague when working in Brisbane. She is a spectacular, unconventional writer. The other international shortlisted authors (and illustrators) are also stars. Fingers crossed for our Australian writers, of course though. 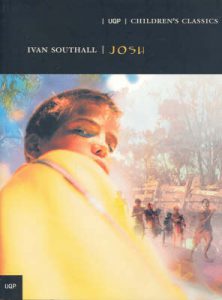 Other Australians to have won the Carnegie and Kate Greenaway Medals are Ivan Southall with Josh (our only Carnegie winner so far and that was in 1971- but we have won other major international awards since then), Bob Graham for Jethro Byrde Fairy Child, Freya Blackwood for Harry and Hopper (written by Margaret Wild) and Gregory Rogers for Way Home (written by Libby Hathorn). I believe Levi Pinfold (Black Dog) lives in Australia. A number of other Australian illustrators, including Jeannie Baker, have been shortlisted for the Greenaway.

See the complete shortlists from the official website below.

Today (Thursday 16th March), the shortlists for the 2017 CILIP Carnegie and Kate Greenaway Medals, the UK’s oldest and most prestigious book awards for children and young people, are revealed.

The Kate Greenaway Medal, which celebrates illustration in children’s books, sees award-winning writer and illustrator Chris Riddell, the Children’s Laureate, in the running to win an unprecedented fourth Kate Greenaway Medal just a year after his hat-trick in 2016. Riddell is joined by another potential record-breaker in the form of Dieter Braun’s Wild Animals of the North. Originally published in German, this is the first ever translated title to make the Kate Greenaway shortlist following the Medals opening up to translated works in English in 2015. They are joined by former Kate Greenaway Medal winners Emily Gravett, William Grill and Jim Kay and first-time Kate Greenaway-shortlisted authors Francesca Sanna, Brian Selznick and Lane Smith.