This is one for film buffs and Star Wars fans – a newly-announced in-depth look at the making of fan-favourite second/fifth installment, The Empire Strikes Back. As someone who devours making-of documentaries on anything Star Wars, I honestly can’t wait… Check out the clip below. 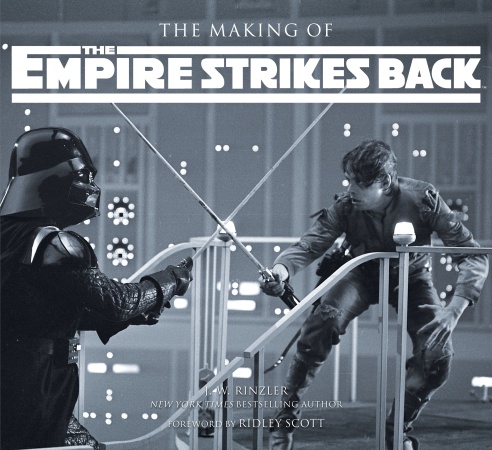 Description
An exclusive behind-the-scenes look at the making of arguably the greatest and most cherished of all the Star Wars films, the most important motion picture sequel of all-time, and a movie that changed pop culture forever: Star Wars: Episode V – The Empire Strikes Back. J.W. Rinzler, author of the acclaimed The Making of Star Wars, once again uses his unprecedented access to the Lucasfilm archives, and their treasure trove of never-before-published photos, design sketches, paintings, production notes, interviews, anecdotes, and scripts, to take us back thirty years to relive the entire production process for one of the most anticipated movies ever produced – along the way unveiling stories as entertaining, enthralling and mind-boggling as the film itself. As a long-standing member of the Lucasfilm staff, J.W. Rinzler has enjoyed unparalleled co-operation and support from the original moviemakers, including both George Lucas and veteran director Irvin Kershner. The result is a truly definitive account that is destined to become a must-have for all true Star Wars fans and serious cinephiles. Jonathan Rinzler is a New York Times bestselling author and longtime editor at Lucasfilm Publishing.