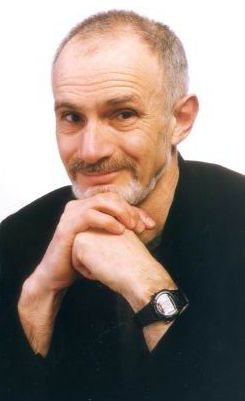 Sean McMullen, the author of new young adult fiction adventure Changing Yesterday, tells us about how he researched his new book.

People who have read Changing Yesterday and its predecessor, Before the Storm, tend to get back to me with variations on this question: how did you make such an unexciting period in Australian history so interesting? Well, I like to think that I did a pretty exciting plot, but the answer also has lots to do with Google, and the way that it is changing the way we do research.

First a bit of background on Changing Yesterday. At the opening of Australia’s parliament in May 1901 there is a bombing that brings down the roof, killing most of Australia’s political leaders and some British royals. Evidence is found linking Germany to the attack, and a century of terrible war follows. Finally, two idealistic cadets from the future, Liore and Fox, travel back through time to stop the bombing and prevent the war. They are aided by Daniel, Emily, Barry and Muriel, who are Melbourne teenagers from 1901.

In Before the Storm they stop the bombing by combining their diverse backgrounds in a single team. Fox and Liore have been raised as warriors, and have been trained to solve problems by fighting. Daniel and Emily are from a rich and respectable family, but Barry is a school dropout and petty criminal. Muriel is an artist, and does rather suspect things like drinking coffee and painting nudes. Daniel’s sister is scandalised when he and Muriel fall in love.

By the beginning of Changing Yesterday the conspirators are known to be a British secret society, the Lionhearts. They want to start a war in order to keep the British Empire together. They have not yet been put out of business, and are still trying to start their war. When Muriel dumps Daniel and runs off to Paris with Fox to become an artist, the teenage team that stopped the Lionhearts the first time begins to fall apart. Daniel has a nervous breakdown, so his parents send him to an English boarding school to get him sorted out. The day that Daniel sails, Barry steals Liore’s deadly plasma rifle. Barry flees for England on Daniel’s ship, intending to give the futuristic weapon to the king in exchange for a knighthood and lots of money. Liore sets off after Barry on another ship, but now the Lionhearts also know about the weapon, and are chasing Barry. They want to use the weapon to trigger the war between Britain and Germany. I will not drop any spoilers, but the future is eventually saved, and Daniel discovers that there are lots more girls who are way nicer than Muriel.

Because much of the story involves Melbourne and steam ships in 1901, I needed a lot of everyday details like streets, railways, timetables, the cost of fares, and shipboard life. Not a lot of this was available via Google or Wikkipedia, but I still started my research with them. If the answer to a question was available on the web, great, problem solved. If not, the question went onto a list of things to be researched at the State Library. By starting with the web I saved loads of time. The web was really good on big-issue history. Early in Changing Yesterday, Barry steals Liore’s plasma rifle and flees on the Adelaide Express – intending to board Daniel’s ship when it docks in Adelaide. Liore steals a motorised bicycle and sets off after him, hoping to catch up with the train at Ballarat. The web provided the history of motorcycles, the history of the Adelaide Express, a description of Spencer Street Station around 1901, and where ships going from Melbourne to England stopped to load coal and pick up passengers. The State Library’s books told me how long a passenger ship would take to get from Melbourne to Adelaide.

Shipboard life was quite a problem to research. There were plenty of pictures and technical details of 1901 ships on the web, and there were great contemporary photographs of  Colombo and Port Said, where they called to fill up with coal. When it came to life on board, however, the details ran out. The State Library had the data I wanted, but it was scattered across hundreds of books.

Now the movie Titanic came to my rescue. From watching the ‘making of’ extras that came with my DVD, I saw that a lot of care had gone into researching shipboard life in 1912 for this movie. The setting was only eleven years after Changing Yesterday, and that was close enough for a general overview. I then checked a couple of autobiographies in the State Library that featured voyages to England in the late 1890s. The main differences involved the greater length of the voyage, and the need to keep the passengers entertained for weeks at a time – the Atlantic run took only a few days. After that, I went back to the web! Now I was looking for the popular songs, dances and fashions of 1901, and I found all the detail than I needed.

Whether you are writing an essay, doing a school project, or writing a book, the lesson is the same. Use the web to get an overview and avoid mistakes, but don’t give up just because what you want is not there. Books and libraries are really good value for finding details that other people don’t know about, because too many people give up if it’s not on the web.