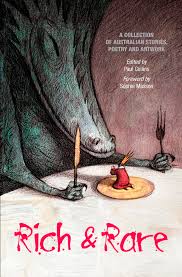 Editor, publisher, author, and all round busy guy, Paul Collins describes his latest anthology as ‘a sumptuous literary feast’ in which ‘no one will go away hungry, as the collection is a literary banquet with something for everyone.’ If that doesn’t whet your appetite for the collection of Australian stories, poetry and artwork that is, Rich and Rare, then spend a few moments ingesting Julie Fison’s interview with him as they dissect the intricacies of this collection.

His description, I feel also encapsulates the essence of our Australian literary landscape, so admirably showcased a couple of weeks ago at the 19th Story Arts Festival of Children’s Literature i n Ipswich. This biennial Queensland festival is for adults and young adults be they teachers, librarians, or emerging writers and illustrators aiming to heighten awareness in the creative arts of writing and illustration and help build and maintain increased audiences for children’s literature. The school kids involved really loved it too.

I found the Story Arts Festival nothing short of inspirational and one of the most relaxed, enriching and informative conferences I have experienced. Like the anthology, Rich and Rare, it treated participating creators to a vast and delicious array of art, insight, and entertainment. Many of the contributors to this anthology participated at this year’s Story Arts. Many more are past presenting veterans of the festival. Here is but a sampler of some of the tantalising talent served up; the guest list is stupendously long and illustrious with the likes of Shaun Tan, Gary Crew, Justin D’Ath, Tania McCartney, Gabrielle Wang, and Tracey Hawkins to drop just a few. 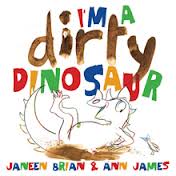 Janeen Brian award winning multi-genre children’s author whose Rich and Rare story, The Art of Illusion inspires wonder and magic in young minds. With illustrators, Ann James, Matt Ottley, Terry Denton and fellow authors, Mark Greenwood and Tony Palmer, she revealed the fun and frustrations behind creations such as her phenomenally successful I’m a Dinosaur picture book series, whilst striving to increase literacy in children through entertaining literary content.

Oliver Phommavanh is another such entertainer dishing up platefuls sensitive story lines liberally garnished with loads of laughs. What kid can resist temptations like those? Following his riotous expose of being an Aussie kid with Thai parents in suburban Australia with Thai-riffic! and Thai-no-mite, Phommavanh continues to slap out the humour with Stuff Happens: Ethan and Con-nerd. His short Rich and Rare tale, My Brother’s Keeper displays Phommavanh’s trademark observational wit in a devastatingly touching, contemporary way. 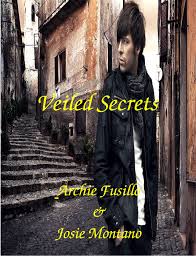 Archimede Fussillo is another first-generation Australian this time sporting an Italian heritage. His impressive range of mid-grade readers and YA novels further enriches the diverse reading fodder of Australian’s youth. He appeared at the festival with Josie Montano to launch their co-authored collaborative novel, Veiled Secrets, published by US Solstice. He penned the poignant and heart-tugging, The Bravest Person I Know for Rich and Rare. 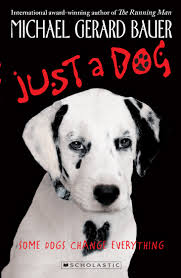 Michael Gerard Bauer is a Queensland author equally at home with humour. His series include the Ishmael trilogy, Eric Vale and Derek ‘Danger’ Dale stories running from the sublime to the snort-out-loud-ridiculous. Eric Vale Epic Fail was adapted into a stage play by THAT Production Company this year and played for the first time to Festival audiences with rousing success. His standout works include Just a Dog and The Running Man, which was CBCA Book of the Year in 2004. Both are stories of achingly plaintive prose embedded with incredible heart and soul. He returns to hilarity in Rich and Rare with the short story, The Knitting Needle Ninja. 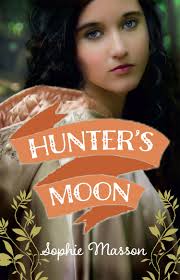 Sophie Masson’s repertoire of fantasy, mystery, thriller, and even graphic novels stretches further than a giant’s smorgasbord. She is master of coping with change following a fluctuating home base as a child (her parents alternated between France and Australia to live) and now the necessity of author adaption in the digital age, the subject she addressed at Story Arts. Her dark and treacherous reimagined Snow White novel, Hunter’s Moon appeared earlier this year. She compares the Rich and Rare anthology to an intricately fashioned patchwork quilt, ‘a strikingly unusual and complex yet satisfying and simple thing’.

Amply satisfying it is too, and like the Story Arts festival, ably fulfils its objective to capture and preserve the attention of a wider reading audience. Anthologies may not be widely popular to publish but when they showcase talent such as that embodied in Rich and Rare and are able to sustain readers with stories of such exquisite delectableness, they really are too good to pass up. Stack your plate high and celebrate the art of story.

Southerners are invited to meet many of the contributors at Ford Street Publishing’s exciting launch of Rich and Rare next Friday, 23rd October, Abbotsford, Victoria.