This is a remarkable true story about how America’s best pianist was immortalised by an Australian lipstick salesman.

A Lasting Record is a haunting story about two men who never met but whose paths crossed in a surprising way. With a mix of detective work and imagination, Stephen Downes tells the spellbinding tale of the greatest pianist who almost never was, and his eccentric and passionate fan.

William Kapell was returning from a series of concerts in Australia in 1953 on a BCPA plane that ploughed into a mountain south of San Francisco. He was just 31 years old, a husband and father. The airline was subsequently taken over by Qantas and litigation for damages went on for years.

This is the first biography of the American but it also tells the story of Roy Preston, a humble Melburnian whose home-made recordings of Kapell’s playing, miraculously released by Sony BMG in 2008, confirm the pianist’s genius.

Preston had used a Melbourne-made ‘Royce’ recorder to capture the pianist’s last performance – Chopin’s ‘Funeral March’ sonata – from a live radio broadcast a week before Kapell was killed.

A Lasting Record is filled with bizarre coincidences – the men looked similar; two other great pianists whom Kapell knew also died at 31, and the Kapell family in New York heard about the discovery of Roy’s recordings 50 years to the day after Willy’s death. A black cat walked across the stage at his last recital, and days later he told reporters on the tarmac at Mascot that he would never return to Australia. He had held out his hand to show Melbourne friends his short ‘life’ line and told them he wouldn’t be around for long.

Stephen Downes brings his love of music, keen journalist’s eye and detailed research to this epic tale spanning several decades. It is a diamond of a book, with many glittering facets. 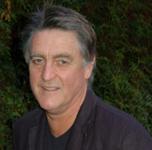 Stephen Downes is the author of ADAGIO FOR A SIMPLE CLARINET, a narrative that involved musicology, biography, memoir, Nazi history and an interview with Mozart. A writer and journalist who wanted to be a concert pianist, he has ‘collected’ for decades live performances by some of the world’s greatest pianists, including Sviatoslav Richter, Daniel Barenboim and Julius Katchen. He has a significant collection of piano recordings. Stephen is the author of several books, including BLACKIE, the story of a pet cat’s treatment for a brain tumour and his unfortunate demise; the book was met with considerable sales and is now translated into three languages.