Despite its harrowing, heart-wrenching devastation, you can’t not be gripped by this piece of history that the world simply needs to know, to learn from, and by inspired by. Hadamar: The House of Shudders is a confronting story scattered with graphic conceptual imagery of an incomprehensible period dating back to 1938 – 1945 during World War 2. Author Jason K Foster grips his readership through the eyes of fictional character, Ingrid Marchand – a German-French-African born teen incarcerated into one of Germany’s horrific psychiatric hospitals, simply for the colour of her skin. Foster reveals in the following piece why he targeted this story to young adults, and what he hopes for future generations to understand about the past. Thanks, Jason! Throughout my years of teaching it feels to me that children and young adults are fascinated by the Holocaust. Not because of the atrocities, but because they cannot understand how and one group of people could brutalise and systematically murder another.

In 2015, I was teaching a Year 9 Gifted and Talented class. They raced through the curriculum, wanting to know more about Nazi eugenics policies. I freely admitted to them that my knowledge on this topic was limited. I would teach them more but I would need to do more study. As such, I came across the Aktion T-4 program: the official Nazi policy to provide Gnadentod (a merciful death) to the people they classified as Lebenunswerte Leben (lives not worthy of living).

The more research I did the more I realised there were many scientific and psychology articles and books on Hadamar and other institutions like it but there was little in the way of novelised storytelling and even less meant for a YA audience. Given the interest shown by the children in the children of the past: I knew this was a part of history that I needed to tell.

I love to have children read my work.

They are honest, sometimes brutally so, and they keep me grounded and remind me why I write. When beginning Hadamar I wrote a few sample chapters based on my preliminary research and decided to test it out on my target audience, giving chapters to several students from my class.

Thankfully, their feedback was extremely positive, and I decided to write the remainder of the manuscript.

But, given the subject matter, what did I want the reader to take away after reading it?

History Extension is my favourite subject to teach and, within it, I teach students to see history from different perspectives. Questions that students have to consider include: who owns history? How is history told? By whom and why? How do we remember the past and why is it important that we remember it?

These were the questions that stayed in my mind as I wrote Hadamar.

I was teaching the HSC students about feminism and, therefore, deliberately chose a female protagonist. While there are evil women in Hadamar, I wanted to show the patriarchal side of history and have Ingrid as a victim of the power and dominance of men. Equally, I was also teaching the students about the Eurocentric view of history so I chose to make Ingrid of African descent to highlight the racist telling of history. Ingrid, thus becomes, the antithesis of this and it was my intention that her being so makes the reader think about the white, Eurocentric view of history.

I was acutely aware of trying to get the book as historically accurate as possible. Hundreds of hours of research went into the planning stage and, the longer I went, the more I realised there was actually plethora of information available from American military documents, court trials, museums and even American footage on YouTube of their time in the camp. Previously, I researched the role of African and African American troops in the Rhineland for unfinished and unpublished novels. Revisiting this, I read chose an African protagonist to clearly juxtapose racial differences.

In a modern world where racial tensions seem to be on the rise and people are forgetting the past, I chose to focus on the plight of Nazi Germany’s different children because I want today’s generation of children to understand that the events that took place in Hadamar were bullying of the greatest extreme. That, left unchecked, this is where pure hatred and fear of difference leads us. When young adults read the book, turn the last page and close the book, I want them to go out into the world and help to eradicate all forms of racism. If young people can have a greater understanding of the past and the dangers of hating those who are different then, perhaps, they can create a better future. 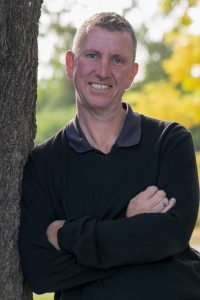 Jason Foster is an author, poet, freelance journalist and high school teacher. He is widely travelled having spent time in five continents and over fifty countries. He has taught in Australia, the United Kingdom, Spain and Argentina; experiences that bring a distinct range and unique world view to his writing.

Jason has published ten books in the true crime and historical narratives genres. He has also been published the world over with his work appearing in a range of mediums from History magazines in the United States to Australian travel magazines to Poetry Anthologies in the United Kingdom.

For your chance to WIN a paperback copy of Hadamar: The House of Shudders by Jason K Foster, please head over to A Story to Grip Your Heart and enter via the contact form. Closing August 31. Australian residents only.