Here are a few more stories with heart that encompass the three pillars of great picture books: to enlighten, educate and entertain. 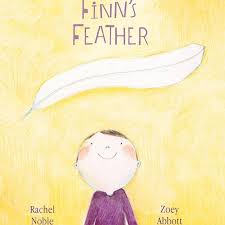 It’s wrenching when something or someone you love is lost. No one knows this better than Rachel Noble who was inspired to write Finn’s Feather after the loss of her son, Hamish. However if you think this story is a maudlin narrative on grief and loss, think again.

Finn’s Feather embraces all the love and joy families share for one another. It is a sublime examination of the emotions of heartache, anguish and sorrow expressed through the eyes of a child, which makes it immediately relatable and real. When a parent carries the burden of grief, children often slump along beside them under the same weight but unsure of why they are even there. The way they might experience the loss (of a sibling) understandably has to be different from the despair their parents are experiencing. This is precisely what Finn is going through after he discovers a pristine white feather on his doorstep one morning.

END_OF_DOCUMENT_TOKEN_TO_BE_REPLACED Tales of aid working in disaster-ravaged lands may not be the first thing young readers reach for. However, Rosanne Hawke’s junior novel, Kelsey and the Quest of the Porcelain Doll is a captivating mixture of enchantment and adventure with the added bonus of being rich in cultural awareness and humanity, attributes Hawke is well known for.

Almost nine year-old Kelsey is plucked from her comfortable Australian existence and ‘stuck in Pakistan’ after her parents decide to help the flood victims there. She misses her friends and her Nanna Rose, and regards her temporary confinement within a remote country village as something of a jail-sentence.

Fortunately, first-world modern conventionality co-exists comfortably alongside third world simplicity and Kelsey is able to keep in touch with Nanna Rose through Skype and emails. Through these media, the two of them conjure up a whimsical tale about a beguiling porcelain doll called, Amy Jo who is searching for love and a place to call home. Amy Jo’s quest takes her through jungles, over waterways, and in and out of many hearts and hands until she finally discovers her true destiny and becomes intrinsically entwined with Kelsey’s own fate. Finding ones sense of place and belonging and feeling loved and appreciated are emotions every child will have little difficulty identifying with. Just how Rosanne Hawke manages to do that through the eyes of a doll is about to be revealed. Today, I welcome her to the draft table.

Q Who is Rosanne Hawke? Describe your writerly self.

I read a lot, think about things and love to write. If I don’t write I can become downhearted. I journal in order to work out who the characters are and what they are like. My research often goes in to the journal as well. Images help me with ideas and so I like to cut and paste (Always have since I could use scissors). Sometimes I draw (not very well). I like to go to a place which will be the setting of my story as it’s the fine detail like a flower or a certain animal that lives there which can bring a genuineness to the story, and it’s easier for me to visualise as I write. It isn’t always possible – I couldn’t go to Afghanistan when I wrote the Borderland series but I met many Afghans in Pakistan and poured over National Geographic issues and spoke to people who had been there.

Q You’ve written a varied collection of stories for children. Name some of your favourites. Why do you regard them as standouts?

Kelsey and the Quest of the Porcelain Doll as it is my youngest novel in print and gives young readers a taste of culture and adventure with a link to Australia. Also Zenna Dare for YA as it explores reconciliation on many levels and is set in Kapunda. There is so much of my family and myself in the book as is in The Messenger Bird, which is actually set in my house.

Q You were partly inspired to write about Kelsey by stories about lost things and being found like, The Lost Coin, The Velveteen Rabbit and The Tin Soldier. How strongly did Amy Jo want to be heard and have her tale written about? What makes her story special? Amy Jo was lost and wanted to find someone to love her even while she was lost herself. What makes her story particularly special is that my daughter’s real doll is named after a person called Amy Jo who was my daughter’s friend. Years later Amy Jo died in childbirth and my daughter said how nice it would be to write the doll stories that I told her about Amy Jo when she was nine and to dedicate the book to the memory of the real Amy Jo.

Q I particularly enjoyed the way you dedicated different chapters to different characters depending on which part of Amy Jo’s adventure or Kelsey’s story we were in and who was telling it. How important was it for Amy Jo to have her own voice? Do you think this makes her quest more believable?

Yes, I think readers would want to know what Amy Jo was thinking and doing, so I put the storytelling in different chapters. Also I thought this may be less confusing for younger readers than having it all together in one chapter.

Q Your stories are often set in distant lands, introduce young readers to peoples and places, and food and customs they may not have encountered before or fully understand. How important is that for you as a storyteller? Why?

Firstly I loved stories set in diverse places when I was a child; secondly, because I lived in the Middle East I miss it and so tend to write about it. Also since I am interested in it I may hear or read of a topic like trafficking or a forced marriage and want to write to give a voice to children in the world who don’t seem to have one at the moment. In setting a story outside Australia I hope readers will be able to ‘see’ the characters and experience where they live, and discover that although the setting and problems are different the characters are not so different from themselves. In this way children may discover that knowledge dispels fear. I also write books set in Australia, especially with Cornish themes, as I am a fourth generation Cornish-Australian descendant.

Q Kelsey is an appealing character for 8 – 12 year-olds. Would you like to see her mature through further adventures or do you prefer to write stand-alone stories? 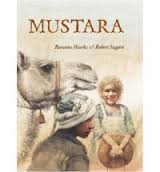 Thank you, I usually write stand alone stories and because so much goes into them, they usually feel finished to me. When I wrote The Keeper I knew there was still unfinished business so when readers asked for a sequel I did so. There are three books now in The Keeper series. I had this same feeling about Mustara. The end papers show Taj and the explorers setting off which is a new beginning, so that’s why I wrote the novel: Taj and the Great Camel Trek.

Q What’s on the draft table for Rosanne?

I am finishing a children’s novel about an immigrant girl from Cornwall set in 1911 who comes with her family to farm in the South Australian Mallee. It’s a huge difference from Cornwall and she doesn’t like it. For YA I’m working on a novel about a high school girl in Pakistan who is accused of something dreadful.

Just for fun question: Have you ever encountered the Headless Nun whilst wondering around Kapunda?

No, I haven’t, but Kapunda has a ghostly reputation because of the mines and tunnels under the town. I live in a house with underground rooms too but so far it’s just us here.

Read a full review for Kelsey and the Quest for the Porcelain Doll here.