The New Yorker’s style has always been double consonant-inclined, although even they aren’t entirely sure why this is the case:

The style book gives no reason for this spelling choice. What would be the point? Nothing makes the eyes glaze over so totally as the effort to codify the rules for doubling consonants when adding suffixes.

I personally hate the consonant doubles. Won’t someone think of the RSI-riddled wrists and the unnecessarily felled trees?!

There’s no need for a second ‘s’ in ‘focused’, for example; no chance that leaving it at one would diminish clarity.

Carrying this theme further, ‘program’ is a more efficient if not as pretty substitute for ‘programme’. The latter is, I think, something that’s an overhang from a time when the doubles implied education and un-ironic self-righteous pomposity.

This minutiae is endlessly fascinating for writers and editors of a certain personality type (read: me). I could regale you with the hours I’ve spent debating the unspaced versus the spaced em dash (relating to my aforementioned wrist- and tree-consideration efficiency, I’m a firm follower of the unspaced variety). But I also realise it’s a hot-button issue for a trifling minority.

Artists’—especially writers’—daily habits, though, tend to be endlessly fascinating for most people. The artistic process seems so mystical to those who aren’t trying to live it and so difficult for those of us who are. The first group wants to know its secrets to gain some insight and inspiration and the second group wants to both unlock the secret so the process is not so goddamn difficult and to console themselves that they’re not the only ones struggling. 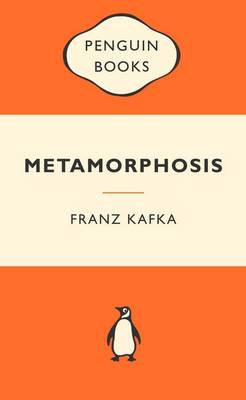 Kafka, it turns out, didn’t effortlessly metamorphasise out a book (I know I minced that pun badly, but stay with me). He was frustrated with his day job, his home, and his life generally, writing to a friend: ‘Time is short, my strength is limited, the office is a horror, the apartment is noisy, and if a pleasant, straightforward life is not possible then one must try to wriggle through by subtle maneuvers.’

Mason Currey turned this fascination with artists’ rituals and the insight into their lives into first a blog and second a book (begrudging credit where begrudging credit’s due: I heard about Currey from hipster mag Smith Journal to which I refuse to hyperlink because they don’t need any more traffic, which they’ll take as encouragement to continue being aloof and hipster). It’s a simple idea that probably also provided him with a kind of writing therapy.

Suffice to say, I’ve ordered it faster than you can say ‘add to basket’ and ‘checkout’. Watch this space for some writerly inspiration and consolation …

Following on from my Stieg Larsson/Salander rant, it’s come to my attention that The New Yorker’s Nora Ephron (who appears not to be related to Zac Efron, as I first worried) not only feels the same as I do about Stieg Larsson’s Salander trilogy, she’s penned it with great eloquence and parody than I ever could.

I should warn you up front that there are a few swears (sorry), but they’re worth reading past for the punchlines. That is, of course, unless you’re underage, in which case I relinquish all recommending or vetting responsibility to your parents.

Either way, here are the six points I wish I could have made as well as Ephron has.

1. Salander is unnecessarily aggressive and difficult, and Larsson consumes time and energy fussing over minute details that stall the story: It’s as though she’s playing a role or following on from a previous, albeit forgotten, decision, not because she has any particular reasoning or desire to act a certain way.

2. There’s only so much behaviour that can be excused by being saddled with a rough childhood and a pre-pubescent body:

‘Lisbeth Salander was entitled to her bad moods on account of her miserable childhood and her tiny breasts, but it was starting to become confusing just how much irritability could be blamed on your slight figure and an abusive father you had once deliberately set on fire and then years later split open the head of with an axe.’

3. There’s far too much product name dropping. Specifically of the PowerBook, the now completely outdated and positively slow predecessor to the current models. Which I won’t name here, because then I too would be name dropping.

4. Location is everything in real estate, but not in a novel which contains so much geographical and navigational information it might be mistaken for a Refidex/UBD/Melways/[insert what a street directory is called in your hometown here]. In Larsson’s defence, he wouldn’t have expected his trilogy to become the international blockbuster it has, so wouldn’t have written it with anyone beyond Sweden in mind. But his editor and translator? They should have known better:

‘But where in Sweden were they? There was no way to know, especially if you’d never been to Sweden. A few chapters ago, for example, an unscrupulous agent from Swedish Intelligence had tailed Blomkvist by taking Stora Essingen and Gröndal into Södermalm, and then driving down Hornsgatan and across Bellmansgatan via Brännkyrkagatan, with a final left onto Tavastgatan. Who cared, but there it was, in black-and-white, taking up space.’

5. There are too many characters, and too many confusingly named ones to boot:

‘And now Blomkvist was standing in her doorway. Someone might still be following him—but who? There was no real way to be sure even when you found out, because people’s names were so confusingly similar—Gullberg, Sandberg, and Holmberg; Nieminen and Niedermann; and, worst of all, Jonasson, Mårtensson, Torkelsson, Fredriksson, Svensson, Johansson, Svantesson, Fransson, and Paulsson.’

5. The listed locations contain a crazy number of umlauts and provide the punchline for the parody:

‘“Please,” he said. “I must see you. The umlaut on my computer isn’t working.”

I’m not going to tell you how Ephron’s skewering ends, but I will say that it’s well worth the read.

The comprehensive article by Ken Auletta over at the New Yorker this week about the Amazon vs Apple vs Google ebook free-for-all has prompted me to consider how close Amazon came to dominating the publishing industry – particularly when it comes to ebooks.

Now, I don’t want to point fingers or choose sides here. I believe that almost any company in the unique position Amazon has been in for the last few years would have done the same. But there’s a very good argument that what Amazon was trying to do was at least a little bit evil.

Amazon made a tactical error when it remotely wiped copies of 1984 from its customers’ Kindles. This did not prove to anybody that they were not evil.

Basically the story is this: Amazon had a virtual monopoly on the sale of ebooks with the Kindle. And to an extent, they still do. Although there are plenty of other ebook stores, none have the reach, connections, range, consumer trust and reliability that Amazon does. Amazon was trying to set the standard price of ebooks at $9.99. They did this by taking a loss on almost every ebook they sold. But Amazon has deep pockets, and the Kindle to sell, so it was worth it to them to try and grow the industry.

Unfortunately, looking forward, publishers the world over could see that this price point was unsustainable. They feared that as Amazon gained more power over the ebook market, they would force the wholesale price of books down. To quote from the New Yorker piece:

Traditionally, publishers have sold books to stores, with the wholesale price for hardcovers set at fifty per cent of the cover price. Authors are paid royalties at a rate of about fifteen per cent of the cover price. On a twenty-six-dollar book, the publisher receives thirteen dollars, out of which it pays all the costs of making the book. The author gets $3.90 in royalties. Bookstores return about forty per cent of the hardcovers they buy; this accounts for $5.20 per book. Another $3 goes to overhead costs and the price of producing and shipping the book—leaving, in the best case, about a dollar of profit per book.

Obviously these aren’t the exact same margins as in Australia, but they’re very similar, and illustrate my point. What the argument ultimately came down to was this – what is a book really worth? When you take away the cost of printing, which ebooks don’t incur, what should you reasonably pay for a book, and – perhaps more importantly – what does the industry need to receive in order to remain profitable and be able to keep producing books?

The number the industry came up with was $US14.99. They forced Amazon to accept this with the help of Apple and a liberal dose of chutzpah. Google, when it gets into the ebook selling game in the next little while, will help solidify this higher price point.

So, industry saved, right? Right? What do you think? Do you pay too much for books? Would cheaper prices lure you into buying ebooks? Is $AU16 too much for an ebook?