The Martian was one of the funnest and funniest reading experiences I have ever had. So there was a little trepidation when I picked up his next novel. It had been pitched as a crime novel set on the moon which left me not really knowing what to expect. Would this book be as funny? Would there be the same level of scientific explanation? Would I be completely hooked again? The answer is yes, yes and YES.

Right from the opening sentence I was in. The smart-ass, slightly sarcastic tone that permeated through TheMartian was there from the get go. And as with Mark Watney in The Martian I fell quickly and easily into step with Jazz Bashara, the heroine of this new novel. Once again Andy Weir puts the SCIENCE into Science Fiction. Brilliantly creating the first city on the moon: Artemis, population 2000. As with The Martian Weir talks you through the science of how and why Artemis exists making everything sound plausible and authentic to this scientific layman’s ears. Andy Weir then adds the economics of how and why Artemis exists and that is where Jazz fits in.

Jazz Bashara has grown up on The Moon and has no desire to return to Earth. Most residents of Artemis are there to serve its economy; the tourist trade of the rich and wealthy or the construction and smelting trade. But Jazz has found her own niche: smuggling. There are a number of contraband items on The Moon and Jazz is the person that can get them for you. When she is offered the score of a lifetime she jumps at the opportunity only realising too late that this time she may have gotten herself in way over her head.

I couldn’t get enough of this book. I was completely fascinated by the way the city on the moon operated and all its various residences and was constantly laughing out loud at the same. The story rolicks along at a cracking pace and will have you literally have you holding your breath towards the end. This is everything that made The Martian so brilliant and then some. I can’t wait to see where Andy Weir is going to take me next! 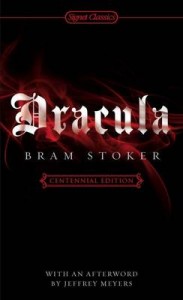 With Christmas fast approaching, here are 5 great naughty and nice Christmas gift ideas for those you love or those you had to put up with this year: This was of the funnest books I can remember reading in a long time. Gripping, funny and told in a totally original and authentic voice you can’t help but be hooked in by this part-Apollo 13, part-Castaway survival story.

Mark Watney is an astronaut, part of the third manned mission to Mars. Six days after landing on Mars a fierce dust storm forces Mark and his crew mates to abandon the planet. However during the evacuation Mark is left behind. Now he must work out how is going to survive on Mars until the next resupply mission. In two years time.

The majority of the book is told via Mark’s log entries detailing his survival. The log is written in a beautifully sarcastic tone where outright panic is only a hair’s breath away. There is plenty of self-deprecating humour and the log format works perfectly in detailing Mark’s day-to-day survival.

Mark is completely stranded. He has no way of communicating with his crew mates or NASA. He only has enough food and water to last half the time he needs. Mark puts to work his skills as an engineer and botanist to figure out if he can survive. The how is one of the most entertaining reads you will come across. Full of insane (but practical) problem solving you are glued to the book wanting to find out how Mark gets himself out of each new predicament he finds himself in. I defy anyone to be able to put this down once they start!