My upcoming YA column for the Weekend Australian profiles four new novels by Australian women. One of the books I selected for the column is Frankie and Joely (UQP) by Nova Weetman. Nova gives some fascinating insights into her work in the following interview.

What’s your background in books, Nova?

My first YA novel The Haunting of Lily Frost came out last year. I also published two books in the Choose Your Own Ever After series last year. Before I started writing YA and middle grade, I published lots of short stories for adults and worked as a children’s television writer.

Your new novel Frankie and Joely is about both the city and country. Have you lived in both and where are you based now? I grew up in Wonga Park, a tiny spot of a town up the Yarra from Warrandyte. My childhood was all about riding horses, catching yabbies in the dam and canoeing. Of course I fled that life when I turned 18 and moved to the heart of Melbourne. Now I live in Brunswick, a busy inner-city suburb with my kids and partner. But I still go camping a lot because I love the Australian bush.

Are you more like Frankie or Joely? Tell us why.

That’s a hard one. I think maybe I started out like Joely as a teenager. I was a bit insecure and emotionally needy, and possibly I’ve become more like Frankie as I’ve got older – less competitive, kinder, more loyal. But I’ll always have Joely’s pale, sunburn-prone skin!

A lot like Frankie. She’s loyal, loving, generous, kind and Joely is the centre of her world. Occasionally she loses herself around boys, but she is very emotionally insightful and I like how thoughtful she is about other people.

I love how Frankie carries her novel around and how she re-reads it ‘studying each sentence so that she can try to understand the author. Sometimes she imagines how the story would read if she wrote it.’ Is this what you do as a reader?

When I was fifteen, the same age as Frankie, all I wanted was to be an author. I used to rewrite my favourite Agatha Christie novels on an old black typewriter. I had a suitcase of props – a horseshoe, a deck of cards, and a piece of green velvet. All the things I imagined Agatha Christie would have in her arsenal. She was such a mystery that I wanted to understand her. Frankie’s obsession with Picnic at Hanging Rock is borrowed from my own. It was, and still is, one of my favourite novels. But I never wanted to be the author of it; I wanted to be one of the girls in it. My grandparents lived near Hanging Rock and I grew up thinking the story was true. I still remember the day I found out that it wasn’t. It was worse than being told Santa didn’t exist.

I think now as a reader I love losing myself in other people’s books. Sometimes, if they are completely brilliant, then I wish I’d written them myself.

Which other literary friendships have made an impression on you?

I’ve always liked unlikely literary friendships, like the one between Miranda and Sara in Picnic at Hanging Rock because Sara is so waifish and lost. The tragic friendship between Nick Carraway and Jay Gatsby in The Great Gatsby still intrigues me. And a great contemporary female friendship is the one between Skylark Martin and Nancy in Simmone Howell’s book, Girl Defective. (I reviewed Girl Defective  in the Weekend Australian here.)

What other books have you enjoyed reading?

I love reading, and I enjoy a really wide range of books. I read a lot of Australian YA. Authors like Pip Harry, Claire Zorn, Simmone Howell, Melissa Keil and Ellie Marney to name a few. But I also enjoy reading adult fiction, particularly anything written by AM Homes. One of my favourite adult novels I read last year was John Williams’ book Stoner. I really enjoyed your 2014 YA novel, The Haunting of Lily Frost. It’s contemporary realism tinged with a ghost story. Could you tell us why you wrote it like that?

My mum was very ill when I wrote Lily Frost, and I think looking back, I was trying to grapple with the prospect of her dying, but in a very removed way. Ghosts let you talk about death, and let you examine it from a distance. The book starts with Lily recounting the time she almost died as a child and this sense of her imminent death is then played out through the narrative. Lily has to imagine how it feels to die and that’s what I was doing around that time.

All the best with your new book and thanks very much, Nova.

Thanks for the interview Joy! 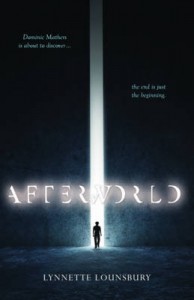