Will Kostakis has a great reputation in the world of Australian YA. He seems to be vastly energetic and enthusiastic and is viewed with enormous affection by readers of YA.

Will’s new YA novel The Sidekicks has just been published by Penguin Books Australia.

Thanks for speaking with Boomerang Books, Will.

What’s your background and how else do you spend your time?

I balance my time between working as a freelance journalist and writing books. As my career has developed, I do less of the former and more of the latter, which is a dream come true. I like to keep as active as I can – if I had my way, I’d spend my days stuck to my desk, so I break up long stints at the computer with walks and swims.

Why did you write The Sidekicks? The First Third was intended as a love letter to families, but one of the more surprising aspects for me was just how much I enjoyed writing the central friendship. I knew I wanted my next book to explore male friendships. That want, coupled with a desire to reflect on what it was like to lose a close friend in high school, inspired me to write The Sidekicks.

Could you tell us about your main characters and how they interact?

I wanted three distinct protagonists, who acted and reacted in three distinct ways. There’s Ryan, the school’s prized athlete, Harley, the smart-arse, and Miles, academic powerhouse slash evil genius. They grieve in different ways, and they don’t get along, at least not at first. The deceased Isaac was sun and they orbited him. The Sidekicks is them rebuilding their lives without someone to orbit and tracing a path back to each other.

What about their mothers? (you write about families with such affirmation)

I am so clearly the product of a single-parent household, and I think my works’ consistent focus on mother-son relationships reflects that. I see YA as books about teens on the edge of the rest of their lives, of adulthood, and you can see that at play with the way the boys relate to their mothers. While Ryan’s is a quiet army (albeit ever-present and suffocating), Harley’s is absent, and Miles’s is so light-hearted and warm, my favourite mother in the book is Sue. She is mourning her son’s death and her passages really epitomise that transition from teen to adult. 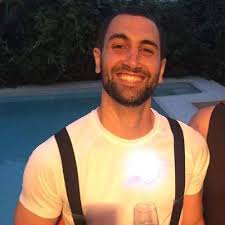 I know it’s only just been published but have you received any responses from readers about The Sidekicks that particularly resonate with you?

Given the novel has three very different protagonists, it has connected with readers for various reasons, but what resonates with me the most is the way readers have embraced Ryan as he struggles to come out. Writing him gave me the confidence to come out publicly myself. While we’re very different, his journey echoes mine, and to see readers of all ages, genders and sexualities throwing their support behind him… It’s been surreal.

What are you working on at the moment?
Ah, loose lips sink ships! I will say I’m loving it. Hopefully I won’t have to keep it secret much longer. What have you recently enjoyed reading?
I recently finished my second reading of Jay Kristoff and Amie Kauffman’s Illuminae … Even better the second time. There were so many details I missed!

All the best with The Sidekicks, Will.