Time is,
Time was,
Time is not

What a bonus it is to have a new David Mitchell book only a year after the incredible The Bone Clocks. David Mitchell started this story on twitter but became obsessed with the story he had started and needed to see it through. The result is a ghost story in the hands and imagination of David Mitchell with is scary, compelling and amazing.

Some authors when they right shorter fiction can dilute themselves but with David Mitchell it is the opposite. Instead everything you love about David Mitchell is distilled into a story you will have to try very hard not to read in one go. Regardless of this book being a third of the length of The Bone Clocks or Cloud Atlas all the elements that make a David Mitchell novel something outstanding are all here. The four parts of the novel each have four distinct narrators and styles. Each part is set nine years apart and David Mitchell captures each different time as only he can. And despite there only being 233 pages David Mitchell’s imagination still soars.

Slade House is both a classic ghost story and a reinterpretation for the 21st century. Firmly set within the David Mitchell universe fans will love spotting all the different connections and there is even a hint of where David Mitchell will go next. If you haven’t read him before this is the perfect starter. All the wondrous flavours and tastes are here to relish and enjoy. I promise you you will be addicted in no time. 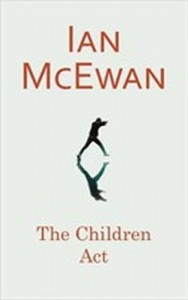 After only reading Cloud Atlas I was already in awe of David Mitchell so I dove straight into his new novel at the first available opportunity. And once again was swept away by the storytelling, the language and the imagination.

The book has been described as “his most Cloud Atlas-y novel since the global phenom Cloud Atlas” and I can’t wait to read his other books. The structure is very similar although doesn’t cascade back again like Cloud Atlas did. This book reminded me a lot of Neil Gaiman however David Mitchell’s writing writing elevates the novel to a new level. This could easily be classified a genre novel like a Gaiman or Claire North’s The First Fifteen Lives of Harry August but the depth and extent of Mitchell’s writing does separate him and means his books get the literary fiction tag instead of science fiction.

The novel opens in 1984 in England. We meet Holly Sykes, aged 15, who has run away from home. In the process Holly becomes part of a chain events outside her, and our, comprehension. Holly inadvertently makes a promise the consequence of which will have repercussions for many lives.

The story then jumps 7 years and we appear to start again. Like Cloud Atlas it feels like a whole new story until links between them slowly bubble to the surface and a tiny bits of the truth begins emerging. At this stage, hardly even half way through the book I was totally in love with this novel. I knew I didn’t want it to end and just wanted to continue being lost.

Mitchell keeps jumping forward into the future and other people who are a party of Holly’s story. Each piece reveals a tiny bit more of the bigger picture but is also wonderfully self-contained. I would take a single novel from one of these stories any day. To have them all join up together is even more special and indicative of the genius that David Mitchell is. The climax to the novel tests the limits of your belief but in David Mitchell you trust. And just when you think the story may have reached too far past the incredible Mitchell brings you back to a compelling and evocative conclusion.

David Mitchell fans will absolutely love this book and it will definitely create new ones too. There are references and characters from other books tying everything together into the David Mitchell universe. As a new fan of Mitchell I am going to dive straight into another novel because I am just in awe of his writing and need to get back to his universe as soon as I possible can.