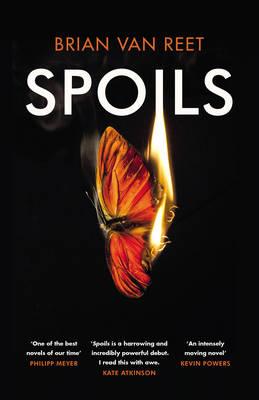 I have read a lot of novels set during the Iraq War and this one is pretty special. Brian Van Reet, another alumni of the the seminal collection Fire & Forget, has written a novel of the Iraq War told from both sides; from a US soldier’s perspective and a jihadist insurgent drawn to Iraq from Afghanistan. In doing so he has written a part thriller in the vein of I Am Pilgrim, but also a part dissection of the last 16 years of conflict worthy of comparison with the other great novels of this war, Redeployment and The Yellow Birds.

Nineteen year old Specialist Cassandra Wigheard has been in Iraq for only five weeks but it is everything she ever wanted. In five weeks her unit has gone from invading force to occupying force but the war is about to make another dramatic and dynamic shift. We then follow Abu Al-Hool, an Egyptian who became a jihadist fighting the Russian invasion of Afghanistan. He has waged jihad across the world, including Chechnya, and following the 9/11 attacks is preparing for a new war in Afghanistan against America. After America also invades Iraq his brotherhood decide to relocate their operations to this new field of war and under new leadership they are planning a new kind of Jihad as they begin an insurgency in Iraq.

These two characters literally intersect each other at a checkpoint and a firefight  sees Cassandra and her crew taken prisoner. The race is now on to recover Cassandra and her crew but they can’t be found. The battle for the hearts and minds of the local population is quickly crushed as every door possible is knocked down in the frantic hunt for the missing soldiers. Meanwhile Cassandra is held captive by a group which has waged terror for over twenty years and is about to take their brand of terror to a level that hasn’t been seen before.

But not everyone is on the same page, on both sides. Brian Van Reet expertly puts you in the shoes of soldier and jihadist alike. Showing their motivations and reluctance, their frailty and their unmitigated determination to follow their chosen paths through. In doing so he has written a novel that is impossible to put down and will have you reexamining your thoughts on the war. Which is of course what all great war novels should do.