Felice Arena and Tristan Bancks have both written extremely exciting, atmospheric books for boys this year (and girls like them too).

I’ve interviewed them both for the blog and here are Felice’s replies. (Tristan features in the next post)

You both have distinctive first names. Where are they from? 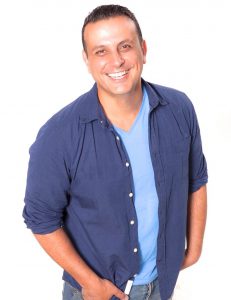 I was named after my grandfather – a longstanding tradition for many first-born sons in Italian families. Felice is pronounced Feh-LEE-che. Imagine growing up with that name in Country Victoria! Felice actually means ‘happy’ in Italian. And it pretty much reflects who I am – happy by name, happy by nature. My family and friends these days just call me ‘Fleech’ for short. Occasionally I get Felix, which is the English version of Felice (but that just makes me think of the cartoon cat).

Where are you based at the moment?

You have both written an enviable backlist of books for boys. Could you mention some of these titles? The Specky Magee series, Sporty Kids, the Andy Roid series, Whippersnapper, and The Boy and the Spy.

I really enjoyed your gripping books published this year. Could you tell us about them – Felice about The Boy and the Spy and Tristan about The Fall (in the next post)? The Boy and the Spy is a fast-paced WW2 adventure set in Sicily. A twelve year-old Antonio, an orphaned boy, has a chance meeting with an injured American spy hiding out in a grotto, the story launches into a heart-stopping story with action aplenty. Readers are kept in suspense as Antonio helps the spy evade German soldiers and gangsters, make contact with the Allies, and try to find a way to escape the island alive. An important theme carried throughout the story is the notion of family and how we define it.

What genre are they?

Where are they set and how did you create the sense of place?

Wartime Sicily. My mother comes from that Italian isle and I still have relatives there. I’ve been to Sicily several times so I have a real sense of the terrain, which helped when writing the story. As far as the specific time period goes, that took a little more research, but I was able to consult with some family members to help authenticate the tone and settings in the book, and to capture 1943 in the dialogue, details from everyday life, and conditions related to the war.

How do you hook readers quickly into your story?

I love writing movement and action in my stories. A fast pace from the outset can engage some young reader who might not have the patience or attention span to read a slower unfolding plotline weighted down in meandering development. Adding a little movement with a sense of jeopardy or obstacles to overcome early on in the story is a good way to hook young readers quickly. Once they’ve connected with the characters in this way they’re more willing to pay attention to the deeper undercurrents of the story as they emerge farther along in the narrative.

Who are the major characters and why are they in this predicament?

There’s Antonio, an orphaned boy who is frowned upon and pretty much invisible in his seaside town. WW2 is the backdrop to his story, but for Antonio his daily battle is with prejudice. So when he meets a man who has literally dropped from the sky and talks to him as an equal and is desperate for his help, Antonio’s sees a chance to prove himself and deepen his own sense of self-worth. But with this unlikely alliance comes danger – the man is technically the enemy and Antonio is putting his life at risk to help him. How is the writing style different from some of your other work?

This book heralds a new writing path for me. I’m known for writing contemporary sports-themed stories, and usually in third person. This book and my next book are written in first person and play out in a specific historical time and setting. I’ve wanted to write in this style for a long time, and I’m happy that it’s resonating with readers.

What do you think about each other’s book?

I loved it. And I’m not just saying that because I know Tristan. What I admire about Tristan’s writing in this story, The Fall, (and Two Wolves) is that he never talks down to his reader. He doesn’t dumb it down. It’s smart and sharp writing, and it’s visual. I think Tristan and I share a love of cinematic storytelling. We both come from TV/film backgrounds, and I think this definitely comes through in our writing.

These books are both published by Penguin Random House. Do you cross paths because of that? Share editors? Go to meetings together?

We don’t share editors or go to the same meetings but we’ve attended the same events and festivals  – and have also shared the stage. Last year for PRH we gave a reading performance of Roald Dahl’s Fantastic Mr Fox at Federation Square in Melbourne. We’ve talked about doing more events together. What other books for boys would you recommend – recent and older?

What are you writing about now or next?

I’m putting the final touches to another historical action story set in Paris in 1910 called Fearless Frederic. It’s about friendship, adventure, and what it means to have courage. It’s due to be published by Penguin Random House Australia April 2nd 2018. What is significant to you about meeting your readers – as individuals or in a large group setting?

It’s incredibly significant. There’s no other joy like watching young readers hang onto every word you say as you read aloud to them. I would never pass up the opportunity to help jumpstart a love of reading in our next generation of book lovers. It’s also a chance for me to garner feedback and test out ideas – kids are brutally honest and will let you know if they like something or not.

I’d like to say thanks to those who have read any of my books and have reached out to me to say how much they’ve enjoyed them. This means a great deal to me. And if you’re just discovering my books for the first time, I hope you’ll also enjoy them.  Oh, and feel free to let me know over at instagram.com/fleech or www.felicearena.com

Thanks Felice, and all the best with The Boy and the Spy and your other books. 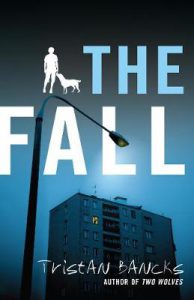