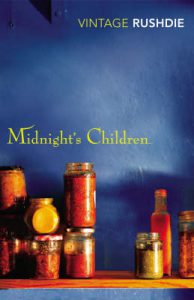 Many years ago, while at university, I read Sir Arthur Conan Doyle’s The Memoirs of Sherlock Holmes. It was a set text, along with some Agatha Christie, Edgar Allen Poe, Raymond Chandler and assorted others, for a detective fiction unit I was doing. I don’t remember much detail from that reading (my memory becoming more akin to Swiss cheese with every passing year), but I do remember enjoying it a great deal. And I had always meant to read more of Holmes’s adventures.

Over the last few years there seems to have been a resurgence of interest in Mr Sherlock Holmes on both the small and large screens. The Robert Downey Jr films (see my review) and the two contemporised television versions, Sherlock from the Brits ( see my review) and Elementary from the Yanks, have renewed interest in the world’s greatest fictional detective. By no means immune, I’ve been watching these adaptations… And they have made me yearn for the original source material. So, I purchased a lovely boxed set of all the original Conan Doyle Holmes books. I’ve now read the first two novels and I though it worth the effort to tell you about them.

Individually, A Study in Scarlet and The Sign of the Four, are cracking great adventures. The first is particularly interesting for its structure. About two thirds of the way in, the story changes dramatically, from Dr Watson’s account of a mystery to a seemingly unrelated third person narrative set in the past. It is quite some time before its relevance becomes apparent. It’s quite jarring and confusing at first — a mystery within a mystery story — and I enjoyed it because of this. It’s not often that you come across something this unexpected in a novel.

The Sign of the Four was originally published three years after the first story, in 1890. And it seems that Sir Arthur had changed his mind about things (or perhaps neglected to check what he had written in the previous adventure) since the last outing of the great Sherlock Holmes. There are a number of inconsistencies. Dr Watson’s war wound changes location from shoulder to leg, for instance.

Most interesting is the change in the basic character of Holmes. He is a more flawed, albeit peculiar person in the first book. His knowledge is very specialised towards the science of criminology and detection, with huge gaps in routine general knowledge. In fact, the author goes to great pains to list all the things that Sherlock does not know. In the intervening years, Holmes seems to have acquired a great deal of knowledge, becoming an expert in practically everything. And this is the character that most contemporary readers/viewers are familiar with — the great intellect with an almost encyclopaedic knowledge. I’m told by one Holmes fan that I have even more inconsistencies to look forward to. 🙂

The language is a joy to read, although occasionally rather unintentionally amusing because of the dated turns of phrase… Dr Watson, for instance, ejaculates an awful lot during conversations. 🙂 Some of the views are also rather dated. There are some offhand racist comments in The Sign of the Four (yes, I know they’re in historical context, but they still jarred with me), and there is Holmes’s advice to Watson…

“Women are never to be entirely trusted — not the best of them.”

Despite the inconsistencies and dated views, I loved reading these adventures. I’m looking forward to reading more.