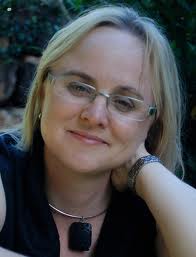 It’s not that I’m not fond of paranormal spec-fiction; it’s just a genre that happens to feature much further down on my reading list – picture books dance all over them in fact. But when Queensland author, Paul Weston announced the release of her first YA novel, I was simultaneously intrigued and fascinated and then, pleasantly surprised.

Shadows, Book 1 in the Rephaim series, is a tale easy to warm to. Paula’s brisk and breezy writing style ensures a tight, zippy read. Her feisty characters, both human and non-human, imbue each page with snappy dialogue, witty innuendo, and believable outcomes. Exhilarating action is balanced beautifully with brief ‘shifts’ of reflection and pace that enables the reader to be fully drawn into Gaby Winters’ confused new world of Fallen Angels, Hellions and demons – The Rephaim. The course and cheeky interplay between Gaby and rogue, would-be saviour, Rafa, provides just enough romantic conjecture to stimulate ones carnal curiosities while the lightly seasoned scenery possesses a delicious sense of tropical Aussie atmosphere. I became so engrossed in Gaby’s pursuit of answers; about her brother Jude, and about her half-angel self that the end came all too soon.

And so I’ve been cunningly lured into the realm of the Rephaim. Looks like paranormal fiction has just moved further up my list. 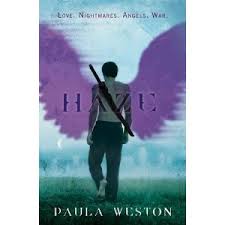 To honour the spot I’ve reserved for the second instalment in the Rephaim series, Haze Book 2 due for release 22nd May, I have the author here herself to share a bit more about her paranormal fascination and, her obsession with the Foo Fighters.

Q Why paranormal spec-fiction? What is the attraction for writing this in genre?

A: I like the idea that there’s more to the world than we can see, and paranormal (and urban fantasy, magical realism etc.) stories provide plenty of scope to explore that in a contemporary setting. For me, it enhances the escapism to have a story with other-worldly elements set in a very recognisable world. There are endless ways to be creative with mythology and world building – and it’s a lot of fun!

Q Do you have favourites? If so list your favourite read of all time, holiday spot and season of the year and why.

A: I have a long list of favourite books across genres, but if we’re talking spec-fic particularly…The Scorpio Races by Maggie Stiefvater, The Lumatere Chronicles by Melina Marchetta, Daughter of Smoke and Bone by Laini Taylor, and – of course – The Lord of the Rings by JRR Tolkien.

My favourite holiday spot is Turin in Italy in autumn. It’s a beautiful city with amazing history and buildings, has incredible food and wine, gorgeous countryside nearby, friendly people, and it’s not as overrun with tourists as other major Italian cities. It’s in the Piedmont region (just like the Sanctuary in the Rephaim series).

Q Who / what inspired the characters in the Rephaim series?

A: The series started with an idea about a girl and guy with a complicated history that only he remembers. There was an attraction between them, but if he took advantage of that, he knew there would be serious ramifications if/when she got her memories back. I knew there were paranormal elements in how she lost her memory, and that the two of them were caught up in a bigger conflict. I’m also a huge fan of Joss Whedon (particularly his Buffy, Angel and Firefly series) and Eric Kripke (Supernatural), so it’s fair to say their writing and TV shows inspired me.

Q If you could ‘shift’ with anyone, who would you choose and where would you shift to?

A: I would shift with Murray (my husband) and visit our family around Australia. And then we’d go to Turin!

Q Before signing your two-book deal with Text Publishing, did you have all four books in the series clearly thought out in your mind, or already on paper?

A: Yes, I had roughly plotted out the four books (and had a rough draft of Haze, book 2). The lovely people at Text were aware there were four books in the series when I was offered the initial two-book contract. As a new writer, getting even a two-book contract was a pretty big deal. Text then made the offer for books 3 and 3 the week before Shadows was published, which was a huge moment for me. Q How many times have you been to a Foo Fighters concert? How does their music, affect what you are working on?

A: I have been to two Foo Fighters concerts. Both were awesome, but my favourite was the River Stage concert the guys did at the Botanic Gardens after the Brisbane floods. It was a more intimate and chatty show and they played a lot of album tracks – it was a concert for hard-core fans. Loved it!

I don’t listen to music when I’m writing, but I do listen to the Foo Fighters when I’m driving and I find it gets the ideas flowing – particularly if I’ve struck a brick wall with a particular scene. There’s something about the heavier tracks that hits me in the chest and helps me find the mood for fight scenes – or finding Gaby’s voice when she needs to be resilient. But at the same time, the Foo Fighters’ acoustic, gentler tracks can also help me channel a more vulnerable voice.

Q What was the most despised thing you’ve ever found in your school lunchbox?

A: My mum used to make me cheese and jam sandwiches, which I really didn’t like. Now I eat brie and quince paste on ciabatta which is kind of the same thing…Turns out my mum was ahead of her time!

Q Do you think childhood happenings shape your adult writing voice and style? Have yours? Share one moment from your past which has direct bearing on your present.

A: Experiences in my teenage years have shaped how I approach stories, but I think reading hundreds of books over the years (then and since) nourished the storyteller in me, and helped me find my own voice and style. I was an often angry and rebellious teenager and I’ve definitely channelled some of that for Gaby’s voice in the Rephaim series. For reasons that become apparent through the series, Gaby often feels like an outsider and tends to deal with that through anger and sarcasm. I often felt like I didn’t fit in (as most teenagers do at some point) – I still do at times – so that voice is usually easy to find.

Q Tell us what we can expect from Book 2 and Paula Weston.

A: Haze (out 22 May), has more twists and turns and some answers. Readers can expect to learn more about the Rephaim (particularly the Outcasts), more about Gaby’s twin brother Jude, and more about Gaby’s past. There’s more action, more secrets revealed, and the Rephaim discover something that threatens all of them. And, of course, there are some interesting developments for Gaby and Rafa.

Both books published by Text Publishing – Haze Book 2 available from 22nd May 2012.