Why A.J. rather than Amanda?

I chose to use my initials for the publication of my first novel, Shutterspeed, which was, amongst other things, a book written to appeal to reluctant male readers (14+). After teaching teens for many years, I realised how little was written to engage and excite this group. I worried that a female name on the cover might give potential readers a reason – however small – not to pick up the book. My decision was also a homage, of sorts, to S.E. Hinton, and her amazing work and legacy. After growing up in Far North Queensland, then living for a time in Brisbane and overseas, I’m now based in Perth, where I’ve been since 2004. I’m fortunate to live beside the ocean. I’m obsessed with the blues.

I’m quite involved in the YA scene. I’m a member of WA branch of SCBWI (Society for Children’s Book Writers and Illustrators), which regularly meets for workshops and talks. I’ve made some incredible, like-minded friends through this organisation. I spend a lot of time speaking at schools and festivals, including working with The Literature Centre in Fremantle, which promotes Australian children’s creators, and conducts writing programs for young people. More generally, I’m a proud supporter of the LoveOzYA campaign, as well as the Room2Read projects.

Besides writing and presenting, I teach high school English part-time. I’m a keen cyclist (I own five bikes) so I try to get out most days, followed by an ocean dip. I read when I can, for pleasure or research. If I need some ‘down-time’ I watch films or I wander around shopping centres like a zombie. What inspired you to write Zac & Mia (which I reviewed for The Weekend Australian here)?

For the past eleven years I’ve worked as a high school teacher in a children’s hospital in Perth, and most of that time has been spent working on the cancer ward.

Even so, Zac & Mia was a surprise to me. In the past, my writing has always been sparked from random moments, followed by ‘what if?’ questioning. I never imagined I’d write about topics so close to my real (working) life. I never thought I’d write a novel so emotionally testing.

The book came about from two separate things: firstly, my empathy for teenagers stuck in isolation during a bone marrow transplant treatment (imagine being stuck in a room for five weeks!?); and secondly, because of a request I had from a cancer patient who wanted me to write a romance. I didn’t know which idea to pursue first – isolation or romance – so I wondered if it was possible to bring the two ideas together. This raised the question: is it possible to fall in love with someone you can’t meet?

Cancer wasn’t a driving ‘theme’, but the catalyst for bringing the two characters together. As the story developed, so too did the ideas, such as finding ‘a new normal’ after illness or change. It was only in the editing process that I realized what is truly at the heart of the story: What is beauty? What is courage? What is love? The characters are working out their own answers to these questions – and I certainly learned a lot from them along the way!

I’m indebted to the hundreds of teenagers I’ve worked with on the cancer ward – they are the reason I persevered with this book, honestly and earnestly. They continue to inspire and surprise me.

Could you tell us something about your main characters, and also about the book’s structure (which I love)?

Zac is a very level-headed kind of guy who likes sport and the outdoors. He uses humour to deal with problems, and has a ‘glass-half-full’ kind of approach. He was lots of fun to write and his voice came to me quite naturally. I’d say he’s made up of 50% me and 50% teenaged male students I’ve known over the years. (Please note: while Zac & Mia is influenced by real people, the actual story and events are fictional.)

The entrance of Mia’s character, on the other hand, needed to prompt contrast and conflict, and as a result she’s more impulsive, self-focused, and quicker to anger. She’s feisty! Whereas Zac’s decisions are based on logic, hers are emotion-fuelled. She was also fun to create, but it took me a long time to get her character right. Again, she’s made up of teenagers I’ve known (their comments; not necessarily their actions) and parts of me. I had to delve into my teenage recollections to truly bring her to life.

The three-part structure – Zac’s perspective; alternating perspectives; Mia’s perspective – evolved through the writing process. Originally, the novel was going to be completely narrated by Zac, but when I was approximately eight chapters in, I realized the main character arc was going to be Mia’s. This meant I needed to give her the chance to reveal much more of her inner life. I liked the alternating chapters in the middle third, as it contrasts the characters’ experiences while showing their lives intersecting. By devoting the final third to Mia, I came to like her more – and hopefully the reader does too! The novel’s three-word title came directly from its three-part structure. Have you received any responses from young readers about Zac and Mia that particularly resonate with you?

I’m overwhelmed by the sincerity of the emails I receive from young readers, both here in Australia and overseas. Some have cancer; some have witnessed it in a friend or relative. For most readers, though, they really relate to Mia’s experience, which is not about illness but universal experiences such as hope, rejection, fear, self-loathing, love, vulnerability and frustration. Readers tell me the book moved them, and that they see their worlds with new eyes. What a privilege this is, for me.

My first novel is Shutterspeed (Fremantle Press; 2008), followed by Wavelength (Fremantle Press; 2010). They are completely different from each other, and from Zac & Mia. Shutterspeed is fast and edgy, exploring ideas of obsession and secrecy. Wavelength is more funny and philosophical, reflecting on the decisions that teenagers (nearing the end of Year 12) need to make. 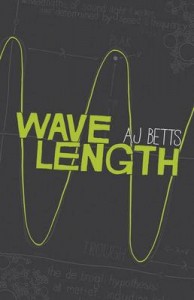 My current project is already three years in the making. It’s something unexpected and exciting – a work of speculative fiction set in a future Tasmania. It’s my most adventurous story yet. I’m about 2/3 through the draft, though the overall shape keeps changing and I’m continually having to rework earlier chapters. It could be really good or a terrible mess. I’m yet to find out! But I’m enjoying it right now, which must count for something. So much! I’ve just finished reading Illuminae (by Amie Kaufman and Jay Kristoff) which kept me awake at night for all the best reasons. This year some of my favourites have been Station Eleven (Emily St. John Mandel), My Brilliant Friend (Elena Ferrante), The Night Circus (Erin Morgenstern), South of Darkness (John Marsden), A Single Stone (Meg McKinlay), and Inbetween Days (Vikki Wakefield). I’m about to begin reading American Gods (Neil Gaiman), and a non-fiction book called The Soul of an Octopus (Sy Montgomery). I can’t wait to begin.

Already!? This Christmas will be a quiet-ish one in Perth with good friends, good food, and some cooling ocean swims. For Christmas, I need another bookcase, and only then I’m allowed to buy/receive new books. No-one dares buy me books for Christmas as they know how fussy I am.

For the New Year I’ll be going to New Zealand for a one month cycle-touring trip of the South Island, (with some research and bookstore events/visits thrown in). Travel, bikes, books – what more could anyone want?