Do you remember those Magic Eye (random dot autostereograms) 3D puzzles of the late 80s? The ones where if you stare long and hard enough at them and go into a cross-eyed kind of trance, you’d mysteriously see a world or picture in unimaginable depth and detail? Personally, I loved them and spent a lot of the early 90s staring into pages of pixelated patterns. 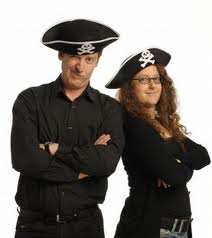 The Fearsome, Frightening, Ferocious Box is reminiscent of these puzzles but in a much better, beguiling way. This picture book by the team that brought us Kisses for Daddy and Captain Crabclaw’s Crew, invites you to think deep, look hard and be brave!

It all begins innocently enough. One day an innocuous looking box appears. No one knows where it comes from. No one knows what is inside. And of course not knowing is the spur of all great endeavours; as any child will tell you; curiosity must be sated at all costs and in this case, that means the box must be opened.

Monkey is the first to attempt it but is thwarted when the box begins to moan. A spine chilling couple of stanzas provide clues as to the potential occupant of the box and is followed by a cautionary, ‘open the box if you dare’ warning. This becomes the box’s mantra and pattern of riddles throughout the book.

We are also advised that our eyes may play tricks on us and that in each of the illustrations accompanying the riddle, the occupant could be one of six creatures secreted therein.

This is where the fun starts. Finding all six of the illusive animals artfully hidden within the scenes is harder than you’d imagine. It took the eyes of two adults and one seven year old to locate each of the animals and I’m ashamed to say, in spite of years of Magic Eye practise, I’m still searching for some! The animals are not in random dot stereograms by the way but hidden as craftily. 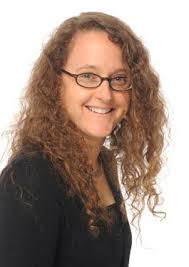 The Fearsome, Frightening, Ferocious Box is utterly compelling. While I found alternating use of rhyming verse and animal narrative a little jarring at times, Frances Watts is spot on with her use of descriptive clues and creates the perfect amount of suspense and tension to keep readers guessing and searching. Watts cleverly guides us through a myriad of scenes from the wetlands, arid desert wastelands, woodland forests and even the Arctic ice floes, as we attempt to find the answer.

The fantastically detailed illustrations of David Legge allows us to linger in each scene, exploring the environment of the creatures who lurk and dwell within at least until we discover them. The drawings are bold, expressive and panoramic in their design and feel. I love the textured, stippled effect used throughout the book too, which gives the characters more tactile warmth.

As each riddle emitted from the box is solved, the creature portrayed steps up to be the one brave enough and fearsome enough to open the box. But none of them quite cuts the mustard especially when faced with a warning from the box that it will attack if they dare open it.

It finally dawns on our crew of beasties that they are collectively terrifying in their own right and if they open the box together, they will outmatch whatever is inside.

Now I’m not going to divulge the box’s contents. You’ll have to puzzle that one out for yourself. But if you are a fan of Parsley Rabbit, you are going to adore The Fearsome, Frightening, Ferocious Box and its chuckle out loud ending. My seven year old certainly did.

This is more than a simple picture book. It’s a gripping, enigmatically visual, educational experience. It’s a journey through the diversity of our natural world and the creatures that inhabit it. It’s Deadly 60 meets Graeme Base.

Does curiosity finally kill the cat? Open The Fearsome, Frightening, Ferocious Box and find out for yourself.

Recommended for the very brave of heart and 5 to 50 year olds.

And just for fun: