Chris Womersley’s latest novel sucks you in from the opening passages. Set in 1600s France this is a gothic masterpiece firmly based in the historical realm but will have you believing in magic, witchcraft and maybe even the devil himself.

It is 1673 and The Plague grips the countryside. Charlotte Picot has lost three of her children to fever and her husband has also just passed away. She decides to flee her small French village with her remaining son Nicholas and set off across the countryside to seek refuge in a larger town. They are attacked upon the road and Nicholas is taken by slavers and Charlotte is left for dead. Desperate to save her son Charlotte is makes a deal with a woman claiming to be a witch to summon forth help in her time of need.

Meanwhile a man is freed from the prison galleys having served a brutal seven year sentence. He is desperate to return to Paris and retrieve a buried fortune but he cannot recover his treasure alone. His path will cross with Charlotte’s and they will both find more than they bargained for in the dark and uncanny underbelly of 17th century Paris

While on the surface setting a book in 17th century France seems to be a far removal from Chris’s previous work there has always been a gothic undertone to his novels. At one point in Bereft I was almost convinced the main character was possibly a ghost and Womersley uses similar devices to keep you off balance about where reality ends and magic actually begins.

Rooted in historical fact this is a novel that entrances you, bewitches you and keeps you thoroughly enthralled. 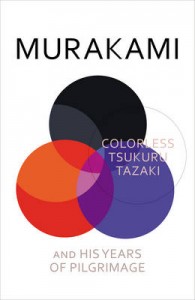 In my family, there’s only (and happily) one type of Christmas gift: a book. I look forward to the book I’ll receive each year with relish. And, of course, with relish towards the books that everyone else will receive that I might be able to poach.

The sleep countdown until the all-too-fast-approaching Christmas got me thinking about some books I’ve received Christmases past. In particular, one that my brother bought me and that caught me by surprise. I hadn’t heard of it then and I haven’t heard of it since, but it hit the perfect note.

Called Books, Baguettes and Bedbugs (something that I think is a slightly simplistic and naff title and that doesn’t do this gem of a book justice), it’s about one of the world’s most famous bookshops, Shakespeare and Company. Which, in spite of its apparent fame, I’d never heard of. Regardless, situated on the Left Bank in Paris, it was famously frequented by the esteemed likes of Ernest Hemingway, Gertrude Stein, James Joyce, Allen Ginsburg, and William S Burroughs.

The bohemian premise, which apparently continues to this day, was that starving writers could live in the bookshop, penning their masterpieces surrounded and inspired by the great works that were published before them, as long as they helped out by occasionally manning the till. Of course, bohemian idyll on paper never quite translates to real life, and the dysfunction of the shop is exceeded only by the dysfunctional but entirely fascinating quirks of its artists in residence.

Canadian and former crime reporter Jeremy Mercer was one of those artists (or at least observing them) when he went to Paris on a whim and found himself less lean-living adventurer, more skint, stranded backpacker. Money-less, job-less, and generally down and out, he found sanctuary and the rich, eccentric material for a memoir within Shakespeare and Co.’s walls.

I’m not doing the book justice—Michael Palin, who wrote the cover note, deemed it ‘An affectionate, revealing slice of life and the most singular, eccentric, and magical of bookshops’. I will say, though, that Books, Baguettes and Bedbugs is surprisingly good, both in terms of its content, which adheres to the adage that the truth is indeed stranger than fiction, and because it’s a tale well told.

I was (don’t tell my brother, who gifted it to me), not overly sold on the book when I unwrapped it. But I was hooked almost from the first page and subsequently absolutely devoured it. So hooked and so inspired, I have, given that I’m a writer and all that, since been harbouring serious intentions of making such a dysfunctional writer-in-residence pilgrimage to Paris.