Martine Murray is the acclaimed Australian writer of The Slightly True Story of Cedar B Hartley, the Henrietta series and, for older readers, How to Make a Bird. Her new book is Molly and Pim and the Millions of Stars (Text Publishing).

Molly’s life is set in the real world but her story has fantastical elements, particularly because her mother is an uncommon woman who has created a home without straight walls and corners; cooks chocolate-and-cashew balls and black-eyed pea autumn stews; uses an earthy magic to heal, nurture and grow; and accidentally becomes a tree. Molly hides the truth from her best friend, Ellen, but confides in Pim, a boy she thinks is tough but who also recognises wonder. “Pim was like a walk in the woods at dusk: full of darkness and brightness both at once, he was restless and unfitting, pouncing on ideas and lifting them out of the dark.”

The writing is sensory and lyrical, with awe-inspiring imagery, especially about stars. The singular characters share the book’s themes of truth and showing your true self with its primary-aged readers. 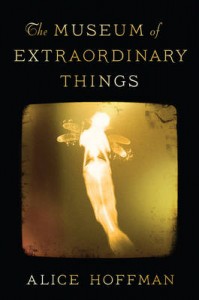 Alice Hoffman writes for adults as well as children, with The Museum of Extraordinary Things and Practical Magic (also a movie with Nicole Kidman and Sandra Bullock), but her latest children’s book, Nightbird (Simon & Schuster) has a similar tone and atmosphere to Molly and Pim.

12-year-old Twig’s mother has a mystical trait akin to that of Molly’s mother. They live in an old Massachusetts farmhouse with an apple orchard. Twig’s mother bakes apples, makes lavender honey butter and understands herbal remedies. Hoffman also uses star imagery. When Twig is not allowed to perform in a play she says, “ I just stored up my hurts, as if they were a tower made of fallen stars, invisible to most people, but brightly burning inside of me.”

Like Molly, Twig doesn’t feel she can reveal the truth about her family. The secret she hides is that her brother has wings but, unlike Molly’s nasty neighbours the Grimshaws, who want to cut down the fast-growing tree, the sisters who have moved into the cottage next-door to Twig’s become her confidantes.

Twig and her new friend Julia compare their favourite books and authors. These include Wuthering Heights and E. Nesbit. Twig sometimes feels like the White Rabbit in Alice’s Adventures in Wonderland, panicked if she’s late or her family secret is discovered. These exceptional fantasies could be read individually or together. Their mystical, surreal touches transform the everyday into the wondrous.