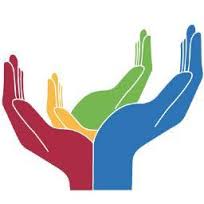 Being part of the human species is not always a club I’m proud to belong to. We can be pretty awful to each other sometimes even though most of us, most of the time err on the side of kindness. History allows us to mark the good times and the kind people. More frequently however, it serves as a reminder of the inglorious periods of our human existence. We cannot and should not hide from them if we want humanity to evolve, which is why these next three books make for such fundamental reading. All would complement the historical fiction shelves of young readers aged between 11 and 15. All encourage us to recognise discrimination, understand its origins, and be brave enough to fight its ugly consequences. All invite us to care in a powerfully poignant way. 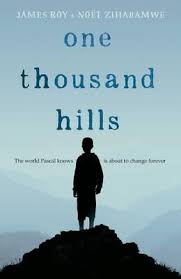 One Thousand Hills by James Roy and Noel Zihabamwe

This book is devastating. Powerful and wrenching yet achingly beautiful. Roy and Zihabamwe have given one ten-year-old boy a voice among an ocean of hundreds of thousands that were silenced without reason or mercy. Written with understated force and crisp, almost child-like clarity, One Thousand Hills traces the tension fraught days leading up to one of the most despicable acts of genocide the world as ever known, the 1994 Rwandan genocide.

Pascal lives in Agabande, close to Kigali, in the heart of Rwanda. His life is simple and idyllic despite the taunts of his older brother and annoying traits of his little sister, Nadine. His parents work hard, worship what is good and Godly, and provide for their family as devoutly as the rest of the villagers who reside in the verdant mountainous countryside. They are a mixed family of Hutu and Tutsis, yet they share the same brutality and sheer ‘awfulness’ of this crime against humanity, born of fear and a need to sustain power with over 800,000 other Rwandans.

This novel does not sensationalise the violence nor does it dwell on the political legitimacy and shortcomings of the world’s nations who at first refused to acknowledge the genocide and certainly did nothing to prevent or end it. Instead, readers are shown how Pascal, via his vivid and eloquent narrations to a counsellor in Brussels some five years later, survived the ordeal and how his experiences changed him.

His voice rings loud and pure yet is tragically and irreversibly altered by what he has seen and had to do to save himself and Nadine. The final picture is not a straightforward prediction of how the previously pious and life-loving Pascal will evolve. He is at the endpoint, painfully sad and despondent; we, like the counsellor are incredulous and shocked that he has emerged with any sense of hope at all.

Despairing and gut wrenching, yes, however rather than fuelling hatred and disgust, this poignant tale promotes understanding and hope ‘to prevent children having to hide or run in fear from conflicts that have nothing to do with them.’ (Paraphrased from James Roy’s dedication.) 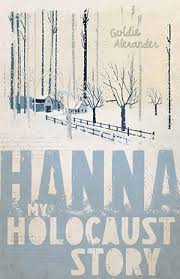 This is the first title in the Holocaust series aimed at upper primary readers and at first glance, I had mixed feelings about curling up to read this one. On one hand, I find the potency and importance of this subject terribly arresting but on the other, if handled oafishly instils depression and worse, a kind of muted blasé trance – we’ve-heard-and-seen-it-all-before kind of attitude. Happy to report, Hanna exhibits none of the latter and is an excellent introduction of the Holocaust and its impact for young readers.

Peppered with edgy characters, spirited narration, and well-paced drama, Hanna is another title that skilfully addresses the atrocities of ethnic cleansing without bogging young minds previously unexposed to the grim details of WW II.

Hanna Kaminsky is a Polish Jew forced into hiding with her family, then surviving in the Warsaw Ghetto at the onset of WW II. Like Pascal, she can almost taste the rising tension of political unrest but is too absorbed by her love of gymnastics, her best friend, and her warm family life to comprehend the danger it represents.

Pascal’s refuge was an old disused water tank. Hanna’s is reading. Throughout her nerve-destroying confinement she clings to the one novel her mother allowed her to flee with, The Scarlet Pimpernel. She begins to mirror her survival on his character and adopts the mantra ‘pluck and audacity’ to make it through each moment of escalating horror. In spite of her own hardships, Hanna shows spunk and fortitude in the face of adversity, using them to help others in dire need.

Alexander’s historical notes give this story depth and dimension describing the staggering loss of life associated with the Holocaust, millions being children, but again are presented in a balanced, informative way. For there is no need to over-describe the tragedy of these events.

It’s interesting to note this title is endorsed by Courage to Care, an organisation devoted to educating and challenging young people to stand up to injustices rather than just being passive bystanders.