We’re well into 2018 now, and in the process of setting new reading goals for the year I’ve been thinking about my varied reading success last year. Here are 5 unexpected books I read in 2017. My most anticipated release and read of 2017 was A Column of Fire by Ken Follett. Being a loyal reader of the Pillars of the Earth series, I was keenly awaiting the third in the series and coming in at more than 750 pages, it was an impressive tome. While it was greater in scope than the others in the series, it was a great read. 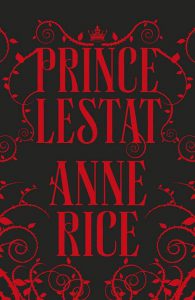 I’d been savouring my signed copy of Prince Lestat by longtime favourite author Anne Rice for ages, delaying the gratification and joy I was sure would ensue from the first page until the last. Unfortunately when I finally picked it up to read last year this wasn’t the case.
This is the 11th in the Vampire Chronicles series and the plot contains chapters from different vampires as they begin to face a crisis threatening their kind. I should have been thrilled to rediscover favourite characters again, but the cause uniting them was a complete bore. Such a shame. 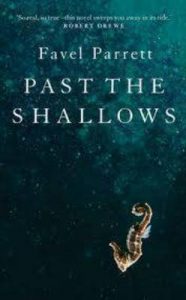 I don’t mean overdue library books here, but a book I should have read long before now. For me, this was Past the Shallows by Australian author Favel Parrett. Set on the coast of Tasmania and dealing with themes of grief, this is a coming-of-age story about brotherhood. Shortlisted for the Miles Franklin Award in 2012, it’s a haunting and often sad story, but it’s also a very quick read so I don’t know why it took me so long to get to it. My least favourite read of last year was Artemis by Andy Weir. Main character Jazz is living in a settlement on the moon and I just didn’t care about her or what she was doing. The attempted humour fell flat and the plot was uninteresting. It  clearly lacked the humour and interest of The Martian – one of my favourite books in 2014. If I didn’t know the novel was by Andy Weir, I would have stopped reading early on.

Taught me something new The Four Tendencies by Gretchen Rubin was one of my favourite books last year and I still think of her theories several times a week, almost six months after reading her book. You can take the quiz for free and determine your own tendency, you’ll be either an Upholder, Obliger, Questioner or Rebel. I’m an Obliger and learning that helped me understand myself and others better and I highly recommend it. I was very fortunate to chair a session with Inga Simpson and Tony Birch at the Sydney Writers Festival.

They both have had books long or short listed for the prestigious Miles Franklin award. Tony’s Ghost River is currently longlisted.

It was also shortlisted for two categories in this year’s NSW Premier’s Awards: the Christina Stead prize for fiction and the newly created Indigenous Prize.

Tony and Inga both know their way around universities, as well as being accomplished fiction writers who take us on secret, sensory journeys with their young characters, particularly into natural ‘inbetween’ places, around rivers and trees.

I was first aware of Inga’s writing when her debut novel, Mr Wigg was shortlisted for the Indies awards. I remember the ripples that her lyrical writing about an elderly man in his orchard caused in the literary community.

The writing in her second novel Nest is also the equivalent of fine slow-cooking with its depiction of Jen’s life in a sub-tropical forest but it is utterly captivating and suspenseful at the same time. 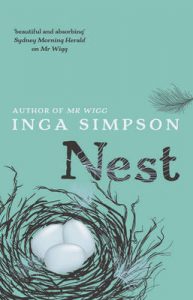 Her new novel Where the Trees Were also has evocative descriptions of place – the river and trees.

A group of boys and one girl, Jay, spend their summer holidays before starting high school in the bush, mainly around the river. They find a circle of trees that seem to be out of time and world. Designs are carved into their trunks. Are they a story or code?

The parts of the story about Jay as a girl are told in first person. We also meet her as an adult in Canberra, told in third person.

The indolence of quite an idyllic childhood, although charged with the urgency of adolescence, changes to a harder-edged anticipation and anxiety when a conservationist, (we’re not immediately told her name is Jayne) is involved in stealing a carved Indigenous artifact, an arborglyph, a Wiradjuri burial tree.

I was very moved by his novel Blood, particularly the strength of character and loving heart of his young part- Aboriginal protagonist, Jesse.

His most recent novel is Ghost River, set in the 1960s where the intersected lives of two adolescent boys and the dispossessed river men play out alongside the Yarra River. Storytelling and the changes and roils of life are intrinsic to this novel, reflected in Tony’s own virtuosic story-telling style which moves from energy and adventure to trouble, pathos and weariness and back again like the river itself.

I wonder how much of his own boyhood Tony has drawn upon to create his lively characters Ren, and particularly Sonny. 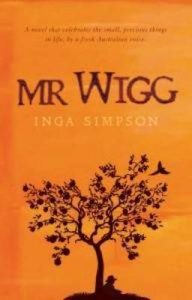