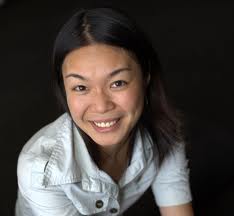 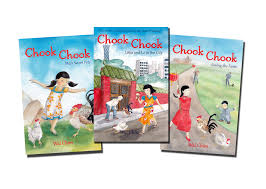 Midgrade readers have to fulfil a variety of whims. They should appeal to the increasingly insatiable literary appetites of confident mid-primary aged readers. They must soar with excitement and be able to crack readers up at the mere mention of impending doom for any adults foolhardy enough to wander through the storyline. And they should be wickedly close enough to real life to qualify the use of magic and make believe. Here are three new titles that tick all the ‘midgrade must have’ boxes. Marge in Charge by Isla Fisher Illustrated by Eglantine Ceulemus

This new novel spills from the pen of noted actor, writer and comedian, Isla Fisher. Words flow with funny fluidity and the help of some very entertaining illustrations. Rather than being told in chapters, there are three separate Marge orientated stories all hinging on the premise of Marge babysitting Jemima and Jake.  None of their previously bland babysitters can match the zany ingenuity of marvellous Marge. Marge is not your average babysitter; she makes mess and turns the rules inside out and upside down.

Young readers will love the out of control antics Jemima and younger brother,Jake are coaxed into by the indiscernibly aged Marge. It is enough to make any parent cringe with terror but will raise whoops of delight for those under ten years old. Fisher’s style is comforting and chortle worthy with injections of humour only the experiences of a mother of three could have inspired.

Riotous hilarity tempered by sound parenting advice (mostly from the worrying mind of 7-year-old Jemima), all mixed up with a plucky mucky 4-year-old and lots and lots of lovely rainbow coloured hair. Marge is the complete package. Fresh fun entertainment (at least for six + year olds). India Wimple is a girl with a dream and like many of us these days, that dream stems from reality TV. Every week, she and her family glue themselves in front of The Stupendously Spectacular Spelling Bee TV show and as we are currently deep into the latest series of The Great Australian Spelling Bee (of which I am also hooked) the telling of India’s tale could not have come at a better time!

Unlike 11-year-old India, my spelling abilities have diminished drastically over the years. India however is in the prime of her time and yearns to be the next spelling bee champion. All she has to do is sign up for the show and spell. But of course there are many ‘precarious’ and ‘calamitous’ situations she and her family have to contend with before she gets close to standing behind the spelling podium; a cantankerous old van, a haughty little spoilt girl intent on winning, concerns for an ailing brother and an inherent shyness that threatens to choke her each time she gets up on stage to name but a few. 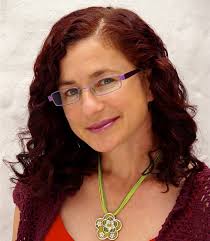 Abela deftly weaves a contemporary idea into a topical story line with enough quirky characters with admirable whims to have readers on the edge of their seats by the time India eventually makes it in front of the TV cameras. And like those mini spelling marvels on the real life reality show, she handles it with modest aplomb and true integrity.

It is impossible not to love all of Abela’s characters in this tale even the snarky ones.  And while young readers are hanging on every syllable uttered, they are unwittingly enhancing their vocabulary thanks to each chapter heading introducing a new word and definition relating to that chapter. Ingenious!

The Stupendously Spectacular Spelling Bee may be a mouthful and a half to master but is invigorating and enlightening reading for anyone who adores words, competitions and fifth grade spelling (which I still struggle with). It’s a fun family indulgence without the need to go anywhere near the tellie. 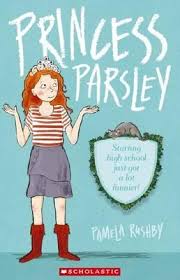 I had the unique pleasure of hearing the birth of this story a couple of years ago when accomplished author, Pamela Rushby pitched it for the first time to a panel of publishers at the SCBWI Sydney Conference. Now, like the growth of Parsley Patterson’s family country market, it has evolved into a book worthy of a place high on the bookshelf.

Following bouts of political kerfuffle, Mullumbimby farming resident, Kevin Patterson decides to withdraw from Australia and set up his own (Possum Creek) principality within the Northern Rivers hinterland. This way he can avoid the one-sided malevolent machinations of the local council and run his popular farmers’ market in peace. Sounds straightforward enough albeit a little left field; it’s a stance the surrounding residents applaud for his daring and pluck. His family revel in their collective newly acquired regal status, all that is except Parsley.

Being a princess is the last thing on Parsley’s list of things to be in her new high school. With her ‘not strictly hippy’ parents always in the limelight, the most popular boy in school tagging along and a cackle of hard-nosed A Group girls (The Blondes) to contend with, life under a tiara becomes increasingly embarrassing and more hilarious with each page turn. 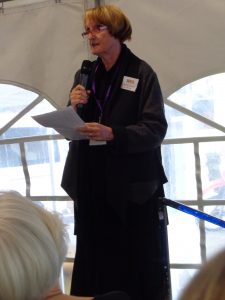 I am a bona fide fan of Rushby’s sharp satirical wit. Although somewhat toned down here for a slightly younger audience, it still transports readers along on a heady and spirited adventure echoing the same verve and heart of the 1997 movie, The Castle. Like the Kerrigans, the Pattersons are a family for which you feel an instant affection. However, can poor Parsley’s princely plight and newfound calling as a comedian be enough for her to realise the true cost of popularity?

I was amazed to learn that there are around 12 actual real micronations based on the principality idea here in Australia alone.  Stories like Princess Parsley, which engage on multiple levels, are not only a boon to read but also marvellous gateways to more of life’s delightful discoveries. Ripper stuff. Ideal for 9-year-olds and beyond.