Books tell amazing stories in all sorts of formats. Sometimes they use prose or poetry, illustrations or photographs. And today? We need to talk about books told in love letters, notes, and emails! Because writing is arguably the best way to learn about someone. It’s often easier to confess a secret or be venerable on paper and these books underline that fact!

If you’re looking for a book featuring letters? LOOK NO FURTHER. I have you covered.

LETTERS TO THE LOST BY BRIGID KEMMERER

This is an absolutely beautiful, but bittersweet, tale of two teens who are dealing with extreme levels of grief. They begin writing to each other on accident. Juliet leaves letters at her mother’s gravestone and one day Declan, who’s working in the graveyard on community service, picks one up and writes back. They begin first an angry communication and then develop friendship through grief and confessions. It’s a relief to both of them to talk anonymously to someone who understands. But as they realise they also know each other in real life, they are worried the other won’t like the “real” them. It’s an absolutely poignant story of heartbreak and being judgemental of people who’s stories you don’t know.

SIMON VS THE HOMO SAPIENS AGENDA BY BECKY ALBERTALLI

Simon has met the most amazing boy online and lives for their frequent email exchanges. Except one day he forgets to log out of the school computer and a bully discovers his emails. He blackmails Simon — threatening to out Simon as being gay. And Simon isn’t ready for that yet.

It’s a super, super cute story featuring two boys emailing back and forth. The story isn’t wholly told in messages, though, so you get to follow Simon in his everyday life of friends, awkward first love, Harry Potter obsession, drama class, and Oreo appreciation. It’s about being true to yourself and it’s the most heartwarming and special story!

This is a sci-fi action story told solely in emails, messages, reports, and photos! It’s absolutely brilliantly formatted and the visuals totally take the book to the next level of special. The story is basically about a rogue company destroying a planet and the survivors end up on a damaged ship floating through space. The enemy is closing in and they’re trying to get the ship’s Artificial Intelligence up and active to fight for them. Except there’s also a virus sweeping through the refugees. And the AI is possibly planning to wipe out all threats — which could very well be the people it’s supposed to protect.

You will most likely be clinging to your seat through reading this with heart pounding. The action doesn’t stop and the plot twists are phenomenal.

WE ARE STILL TORNADOES BY MICHAEL KUN AND SUSAN MULLEN

This is a story of two teens after high school: Cath has headed off to college and Scott is stuck working in his family story after he bombed his highschool finales. They’ve been best friends all their lives, so they write avidly to each other as they explore the world of just-becoming-adults. The letters are packed with so much complexity and meaning and even though the entire book is just told in epistolary format, you get to know the characters so well. And you can’t help rooting for them to stop living in denial of their feelings for each other and to follow their dreams and live the kind of life they hunger for. This is a Mother’s Day book that shouts Mother’s Day and possibly one of the best picture book tributes to mums I’ve read since becoming one. It will melt your heart and make you want to scoop up someone small and hug them tight.

From the failsafe team of Ed Allen and Simon Williams, Dear Mum, I Love You addresses mums of all creeds and colours in a heart-warming, epistolary-styled, bright pink covered picture book. I love the concept of learning about the various glowing attributes of each young creature’s mother through their handcrafted notes and letters to her.

Clever word play deftly synchronises each creature’s relationship with their natural, species-specific behaviours; Junior the elephant loves wallowing in his bath for instance. Lachie the monkey loves hanging around with his mum; Mia appreciates the finer qualities of hide and seek thanks to her mum, the chameleon.

Each youngster’s little thank you note echoes the undiluted innocence and serenity the very young possess in truck loads without a trace of sentimentality or schmaltz. Well okay, it is a book full of love notes to mum so you’d expect a little cuteness. However, I never once felt trapped in a chocolate-box while reading this. Rather, it was a book I genuinely looked forward to sharing with my own child.

Allen’s sometimes-sarcastic humour and William’s pages of glorious colour balance it all beautifully. Each full-page spread is dense with textural detail and character rich imagery.

Philanthropically correct (at time of printing – I’m assured the .70c stamp is set to increase any day soon, though), Dear Mum, I Love You has real letters for little fingers to open, flaps to lift revealing hidden notes and most charming of all, real note paper for children to write their own message of love and appreciation to YOU. Arww… At least you would hope they act on this mindful prompt!

Dear Mum, I Love You combines the almost lost past times of letter writing and spending quality reading time together in a remarkably fun and delightful way.

As Evie, the deer sums up, ‘My favourite place in the whole wide world is always anywhere you are. I love you.’ And you’ll love this too. 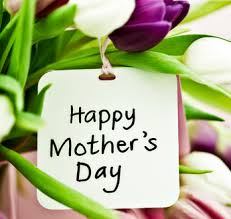