Thanks for talking to Boomerang Books about your outstanding first novel Laurinda (Black Inc.), Alice Pung.

Thanks for interviewing me!

You are well known for your excellent non-fiction, Unpolished Gem, Her Father’s Daughter and as editor of Growing Up Asian in Australia. Why have you sidestepped into YA fiction?

Growing up, I went to five different high schools, and I have always been fascinated by the way institutions shape individuals. In each new high school I felt like I was a slightly different person – not because anything about me had immediately changed – but because people’s perceptions of me had.

High school is the only time in your life where a large part of your identity is actually shaped by other people. As an adult you can choose your friends, and your time is finite, so of course, you try to only spend time with people who like and affirm you. As a teenager, though, you are forced to fit yourself in amongst 200-1000 other people, who are all with you every day. So I’ve always been interested in how teenagers adapt to this. And I wanted to do this through fiction because I wanted to create a character inspired by a number of young adults I’d met and admired.

You are also known for the Asian content and stories in your books. How does this manifest in Laurinda? Laurinda, first and foremost, takes a satirical look at class. Lucy Lam, my main character, is from depressed socio-economic circumstances, and I did not want her race to be the main focus. Where many young adult books fall flat, I think, is when they focus on the ethnicity or race as the most important part of their character. The reality is, most teenagers don’t spend time thinking about their cultural background. You don’t wake up every morning aware that you’re Asian, until someone draws your attention to it.

And that’s the paradox with a school like Laurinda – where everyone is so liberal and politically correct and culturally sensitive – the most interesting thing other girls focus on about Lucy is her Asian-ness. The other girls do not realise that she is a teenager in the exact same way they are: Lucy does not know the history of colonial Indochina, is not an authority on oriental food, and is more interested in boys than Vietnam war films.

Did you attend a school like Laurinda? If not, how did you imagine and craft this setting with such verisimilitude?

I get asked this a lot! No, I didn’t attend any school that was as rotten as Laurinda (thankfully!), but I have, like most other students, had teachers who were bullies, been in classes where we bullied the teachers, and seen the whole mean girl dynamic five times over in each new high school at which I started.

I’ve always been a watcher. No one suspects the quiet Asian kid of harbouring very much ambition except ‘doing well at school’, so as a teenager I’ve been privy to a lot of fly-on-the-wall conversations. Sometimes, I even heard some of the most outrageously racist things from other students, and other times I got insight into the struggles of girls I never thought would have struggles.

Also, as an author I have visited hundreds of schools throughout Australia, each with their own culture and traditions. I’ve seen how certain schools promote feminism while others promote a warped sense of femininity that denies competition while pushing success at all costs. I’ve also been to a private school so understand a little about the aspirations of those students, and did not want to tar all the students with the same brush. It seems that all the news and opinion pieces about private schools in the media are rife with so much hyperbole and polarised views. So I hoped that Laurinda would allow people to take a light-hearted and yet simultaneously very serious, nuanced look at why they feel this way. The protagonist, Lucy, is an exceptionally well-created, three-dimensional character. She should become a role model.

In spite of the vast amount of YA lit I read, I’m excited to have been exposed to new ideas via Lucy, such as needing a group of friends to get a boyfriend at fifteen, and recognising students who are ‘self-contained satellites’.

Could you describe Lucy, or something about her?

When I wrote the character of Lucy, I was very aware of her voice first and foremost, very certain that the reader would be hearing her thoughts and not her words. She’s what school psychologists would now call a classic introvert, but the fascinating thing is that she was not an introvert at her previous school. It is only coming to Laurinda that she loses her speaking voice.

Many young adult books stress the importance of belonging to a group, yet Lucy is content to be by herself at school after she recognises that the institution is rotten. When evil exists, we are taught to do something about it – Lucy’s non-participation in the institution is a form of resistance, and I think it’s pretty stoic. You have to have a strong sense of self to choose to be ‘a loner.’

The ‘Cabinet’, a controlling group of girls, is a masterful, chilling portrayal of teen power. How did you devise their dynamics and role in the school?

I wanted to create characters that were so entitled that they didn’t even realise how entitled they were. There’s the old cliché of the silver spoon, but I didn’t want these characters’ entitlement to be based on wealth – I wanted it to be based on cultural capital: the handed-down power that exists in our society. Their alumni mothers trained them to appreciate Royal Doulton and institutional loyalty, their fathers are powerful men and their school Laurinda trains them to be ‘Leaders of tomorrow.’

So of course they’re going to want to ‘lead’ the school. They feel it’s their birthright. And also, being such perfectionists, they feel a duty to weed out the weaker elements of the school: vulnerable teachers, students they feel are not up to scratch. I did not want the Cabinet to be vacuous ‘mean girls’, but the sort of pressure-cooker girls you would meet at a private school who must be on top of things all the time; and yet whose worlds are so tightly-wound that any threat to their order would ignite them. And I hope readers come away with an understanding that those girls are as much victims of institutional and familial insularity as they are cruel.

You mention a number of literary texts, such as Emma, Romeo and Juliet, The Great Gatsby … Why did you include these? 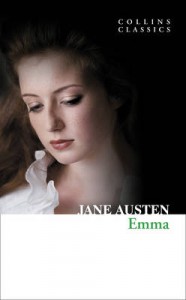 Those were books I studied as a teenager when I went to a private grammar school. Gatsby is a book about class and a man who will never quite belong because of his pink suit. And when Jane Austen began to write Emma, I think she resolved: “I am going to take a heroine whom no one but myself will much like” because Emma, like the Cabinet, is selfish and entitled. But actually, she is my favourite Austen character because there is a gravitas and kindness to her at the end when she comes of age.

Lucy is informed by the principal that YA literature is not studied at Laurinda. Do you have a personal opinion about this provocative stance?

I studied John Marsden and Isobelle Carmody books at my Catholic College, and a novel about a Cambodian refugee called ‘The Clay Marble’ in Year 7 at a public school. It seems to me that the more ‘elite’ the school is, the more their texts seem removed from the realities of existence as a teenager.

I cannot fathom how you could teach teenagers and yet remove their experience from the whole equation. YA books taught me how to become an adult, how to deal stoically with adversity, how to negotiate with adults around me, how to cope with mental illness: they were the most important books I have ever read in my life.

I love literary classics as much as any author, yet some schools teach the heavy themes in King Lear or the humour in Austen so rigidly, with students churning out essays full of fancy vocabulary and effluent literary tricks. They teach students to be contemptuous of YA literature, and in doing so, make them into miniature, insufferable snobby adults who have to deny their constant true state of existence, which is that they are teenagers!

And you cannot teach teenagers without acknowledging that for six years of their lives, they are inevitably, inextricably in this state of young-adult-hood, with questions about how to live well each day, and how to cope, and how to look forward to things.

What do you hope to achieve with this story? 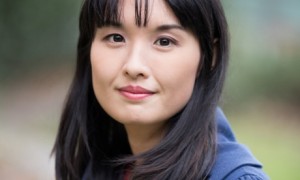 It’s funny, but I never got asked this question with my non-fiction books, even the book about my father and the Cambodian holocaust! I just hope lots of young adults will read it and be able to relate in some way.

I’ve always been against didactic messages in YA books. If students are studying Kafka in Year 11, then of course they can make up their own opinions!

(I guess that might be one reason some schools put YA off their booklists – some authors feel the patronising need to include ‘a positive message’ and that kills the story.)

Laurinda is an exceptional novel that will be very well received.

Thanks very much for sharing your thoughts with us, Alice.

THANK YOU for these excellent and insightful questions, I’ve really enjoyed thinking about them and answering them.