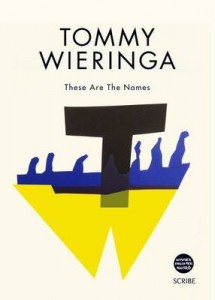 This is only my second Kazuo Ishiguro book following on from Never Let Me Go. For me, coming off a novel about cloning, I had no expectations about where he would go next. Much has been made about this novel being a “departure” for Ishiguro but I would argue that he has gone back to something far more traditional.

This novel is seeped in myth and legend. Ogre’s are referred to and a strange spell seems to hang over the land. There are mysterious warriors and a renowned Knight of the Roundtable. There are superstitions and folklore to be obeyed and to be wary of. And there’s a journey a couple must embark upon…. (Psst…and there’s a dragon).

We meet the main characters of the novel, Axl and Beatrice, as they go about their daily lives in their village. The narration of the story is at first quite unsettling but you get used to it as the novel progresses. Events are told in a kind of immediate past tense. Rather than the traditional past tense of a story being told after a significant amount of time has lapsed everything is told almost in the direct afterwards of the events occurring.

I wouldn’t call this a fantasy novel, instead this is a novel about legends. The mythical creatures referred to are more often than not off page. Which means that their existences is always questionable. And when they do finally appear on the page there is still sufficient question marks around them.

When you get down to the nuts and bolts of this story it is the classic journey. A journey into a great unknown. A journey into memory and love. It is a post-Arthurian tale that is perfectly apt for this post-9/11 world where the peace and harmony has been built on tenuous foundations. Don’t get caught up in the debate about whether this is a departure or a fantasy. This is classic storytelling told by a complete master.

No one told me this book would be so…well, awesome.

Ok, so I lie. Many bloggers and critics have written about this book since it was first published in 2005. It has its haters and its not-likers, of course. But for the main part it’s been well-received, and when I found out it was being made into a movie starring cute-as-a-button Carey Mulligan and the gorgeous Keira Knightley I just had to get on the wagon.

I guess “shortlisted for the Man Booker Prize” emblazoned across the cover was probably some indication that the book would be, if not enjoyable, then thought-provoking. I had previously categorised Kazuo Ishiguro as one of those Japanese authors that I really should be reading but I don’t read much of, like Haruki Murakami and Banana Yoshimoto. I think I already had in mind that Kazuo’s works would be a little bit “kuh-razy”, which I have to be in a certain mood for. But while Mr Ishiguro is crazy – it’s in all the best ways, I promise.

Never Let Me Go begins with ‘Kathy’ at 32 years old, reminiscing about her idyllic childhood at Hailsham, where the children are encased in their happy, painless bubble; provided with everything to keep them physically healthy and encouraged in artistic  and athletic pursuits. Hailsham seems like your ordinary Toffee-English boarding school for the privileged few, but there’s something a little ‘different’ about it that the reader can’t quite put their finger on, in the beginning. When we’re finally let in on Hailsham’s little ‘secret’, the book becomes a bit of a philosophical mind-bender.

What makes this story so interesting, so absolutely heartbreaking, is its refusal to wallow in sentimental bull dust. The subject matter is scarily relevant today – the idea of ‘playing God’ is something that civilisation questions with every technological and scientific advance. But it is often the human element that divides us on this issue. Where do we draw the line? Is one human life worth a half-dozen others? Ishiguro handles this issue in an originally subtle way. In fact, its subtlety might be lost on people expecting high, impassioned speeches and a rebellion against the cause. Although it has elements of alternative history, dystopia and science fiction, Never Let Me Go bypasses the expectations of the genres to become its own brand of quality contemporary literary fiction.

Was it the beautiful, exacting prose, or the haunting feeling it left me with? Like origami, this book deserves to be admired: a modest creature on the bookshelf, but its fascinating secrets, and thoughts of its construction, lie within the perfect folds. Clearly, I loved it: it’s right up there with The Book Thief for me.

Do read it, and let me know how it affected YOU.

What is it about dystopian fiction that really pulls at our heartstrings?

I refused to see the movie The Road, based on the book by Cormac McCarthy, because I found the book so desolate. I am the first to start bawling in theatres, so I figure that if it’s really that great, then I’ll wait until I can watch it on DVD in the comfort and non-judgment of my own loungeroom and cry my little heart out. Funnily enough, I had no problem watching another McCarthy book-to-movie adaptation, No Country For Old Men, which is arguably equally as desolate. But then, it’s that ‘dystopian’ thing, isn’t it?

Deriving from  an ancient Greek language construction of ‘bad’ and ‘place’, the idea of the ‘dystopia’ has long been fascinating school of thought for skylarking philosophers. Dystopian fiction then, does have a cautionary edge to it for us plebean readers. Like a school teacher that just won’t quit, a dystopian tale often takes place in a futuristic universe, or an alternative history that we wouldn’t wish on our worst enemy, and tells us that if we do or don’t do something, then THIS will happen. And it’s generally bad. Besides a foreshadowing of what things may come if we take a certain route, the marks of the dystopian societies are often just skewed reflections of who we are today, right now.

People in modern day society have often made the connection to dystopian novels: the surveillance of Big Brother from Nineteen Eighty-Four through ‘Reality’ TV; the test tube designer babies just as prophesied in Brave New World. To the uninformed Westerner, the society in which Offred lives in The Handmaid’s Tale is Afghanistan; and uninformed foreigner or not, Scott Westerfeld’s Uglies series, where people are transformed under surgery to become perfection, is pretty much Los Angeles, USA under a different name.

It always comes back to one thing: not the struggle for humanity per se, but the question of what exactly humanity is. This post may seem a little depressing but the latest dystopian novel I’ve been reading has affected me greatly and caused me to think about this subject a lot. I finished it a few weeks ago but I still I have a lot of questions, some answers, and some more questions to those answers.

Audiobooks have become a staple of my reading habits. I cycle to work, so don’t have the luxury of reading on public transport. But I still like consuming stories in whatever way I can. My ideal book is one I could read part of in text, part of in audio, all synced between iPhone, Kindle, iPad and my computer. Because that’s not yet possible without a ridiculous amount of manual searching for your place, I usually have about four or five books on the boil at once, all on different devices. This, you might argue, is the product of a lack of concentration. I won’t disagree with you.

Having said that, the audiobook of The Remains of the Day was an absolute pleasure to listen to; a book that made me relish getting on my bike and riding, even on cold, hungover mornings. For those who don’t know the story, it’s an historical novel about an English butler named Mr Stevens. Stevens is an unreliable narrator, telling his story of the last great years of his time as a butler in recollection as he takes a ‘motoring trip’ across England to visit Miss Kenton, a woman who used to work with Stevens at Darlington Hall.

The book is narrated by the actor Nigel Hawthorne (best known for his role as Sir Humphrey Appleby in the TV show Yes, Minister). Hawthorne gets the tone of the book exactly right, and Stevens’s accent pitch-perfect. Audiobooks that are read by the wrong person or by someone who doesn’t seem to understand the tone of the book can completely ruin a story. In contrast, with the right voice actor the book seems to come alive. All the repression, self-censorship and selective memories vividly bubble under the surface in this reading – although Stevens never makes clear any of his personal feelings, you get the sense that they are just there, like the voice at the other end of a telephone line.

How does everyone else feel about audiobooks? Have you ever listened to one? Do you consider it ‘real’ reading or a pale imitation?