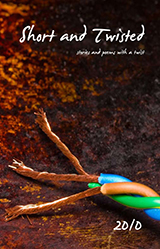 Small press publishers are an extremely important part of this country’s literary landscape. Over time, I hope to profile a few of them here on Literary Clutter. Today, Kathryn Duncan from Celapene Press has dropped by to tell us a little about her publishing venture.

When I was in Primary school I fell in love with the idea of creating books. My Grade 2 teacher would type up our stories, we would draw the pictures, cut out cardboard to use as covers and design them and then join it all together with staples and sticky tape — it was the 70s, so technology was not on our side. It was fun and I remember trying to start my own book-making group with my friends. I still have all the books I made in school.

After having children, I rediscovered my love of picture books and thought I’d give it a try. I went to a one day writing class and the day after enrolled in the Diploma of Arts (Professional Writing and Editing) at Box Hill TAFE, also doing my children’s writing subject at Holmesglen. During the course, I discovered that I was much better at editing than writing and focused on the editing and production side of publishing. It was around this time that I also completed a self-publishing course at The Victorian Writers Centre. A week or so later I had set up Celapene Press, determined now that I could do this.

The first book I published was Page Seventeen, an anthology of stories and poems. This was a joint effort with Tiggy Johnson, and it was a huge learning curve, but I am still proud of that first effort. In 2007, I decided to publish a collection of stories and poems with a twist, Short and Twisted. The 2010 issue, the fourth, has just been released.

In 2009, I was approached by several authors wondering whether I would be interested in publishing their work. The first was Machino Supremo, a collection of children’s poems about machines. This was released in late 2009 and is a black and white illustrated collection of poems by Janeen Brian and Mark Carthew, illustrated by John Veekan.

The second book is The Slightly Skewed Life of Toby Chrysler by Paul Collins. Paul sent me the manuscript under a pseudonym. I loved it after the first line and within days contacted Paul and told him I would love to publish it. It was released in November 2009, and the first print run had sold out before it was released. This was a huge achievement for a small press. It has also been short-listed for the Speech Pathology Australia Awards.

I would love to publish more Australian junior fiction and see this as the area I would like to focus on in the future. Finding the right book is the hardest part. Being a small press publisher, you need to be selective in what you choose because you invest so much of yourself into the process. There are so many great stories out there waiting for the right opportunity, but when you are small, it’s not that easy to say yes. I do not actively look for submissions, but I receive a lot. 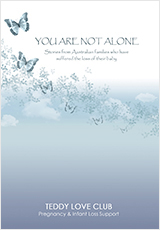 A major importance for Celapene Press is supporting the community and I would like to be in a position to donate a percentage of all sales to two charities that I am involved with. Amongst other support services, Teddy Love Club Pregnancy and Infant Loss Support donates teddy bears to bereaved parents in memory of a baby who has died, and is a group I became involved with in early 2009 after the death of my baby daughter. They commented that they wanted to publish a book of bereaved parents stories and I offered to do it for them. You are not alone: Stories from Australian families who have suffered the loss of their baby was released in April 2010. Emotionally, this was a very hard book to publish. I read the stories many times and each one broke my heart. Pregnancy loss and neonatal death are almost taboo subjects still, but they affect so many people and it still upsets me that we don’t talk about it. The feedback from this book has been wonderful and parents comment how much it has helped them realise that they are not alone in the grief that they feel after losing a child.

Celapene Press also supports the Melbourne Royal Children’s Hospital Foundation. Not long after our daughter died I established the Charlotte Duncan Award. The winners for 2010 were announced in June and all profits from the Award are donated to the Children’s Hospital. In the past two years, the Award has donated over $900 to the hospital.

Where to from here? I am still looking for the next book to publish and would like to publish 3-4 books a year. As with Toby Chrysler, I will know the next book when I read it and look forward to it arriving on my desk, or in my emails.

My thanks to Kathryn for stopping by. To find out more about Celapene Press, check out their website.

And tune in next time for Part 1 of an interview with British author and scriptwriter Paul Cornell.