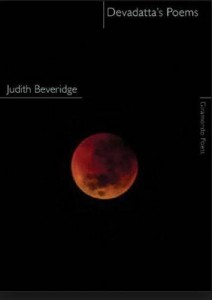 This book of poems is described in the press release as “A personal journey through the works of poets that most influenced Kinsella’s work“. Kinsella himself describes it as “creating responses, translations, versions, distractions, takes, adaptations and interpolations“. He goes on to say that “the poems are ‘my’ poems in so far as my own biography and experiences necessarily inform their references, conceits and dynamic responses“. The book is, he says, “an attempt to bring the work of poets from other languages I admire into the language I speak and think with most days“.

Sadly, this turns out to be a book for specialists. If you can understand the Latin titles and fragments of Latin text; if you are very familiar with the stories told by Virgil and Ovid and with the background in which Apollinaire and Tristan Tzara wrote their poems; and if you are happy to look up translations of the works of less well-known poets from Classical times to the 20th Century (most of which are easily available on the Internet), then this book may be for you. If not, you are likely to feel, at best, baffled; at worst, excluded from some elitist intellectual club where such things are considered to be the norm.

Some of the poems do stand alone with no need for recourse to the work which inspired them or to the mythologies or poetic ‘fashions’ , times or cultures in which the originals were written. Those poems which work best and show Kinsella’s own poetic style best, are his versions of Book VI of Virgil’s Aeneid, where he transposes the story of Aeneas’s journey through the underworld to the Wheatbelt of Western Australia, via the Nullabor, the Great Australian Bight and Mount Magnet. Two of these poems, in particular, reflect Kinsella’s usual ecological concerns and are fine original poems: ‘On the devastating fallout of the war waged by humans around the earth as witnessed in the Chittering Valley’, (which has a dedication ‘for Cate Blanchett’); and ‘Two gates of sleep: Death of trees in catchment’.

At the opposite extreme to these poems, Kinsella’s ‘Approximation: Extracted Ode to Tzara’ is as meaningless to me as any other Dadaist random compilation of words. And his ‘Zone (Echidna): A Take on Apollinaire’ is certainly ‘Surrealist’ but unlike Apollinaire’s ‘Zone’ it has no coherent meaning that I can divine. As to Kinsella’s excursion into Villon’s ‘Jargon Poems’, which he tells us were described by the London ‘Daily News’ in 1895 as being as obscure to the ordinary reader of French “as if the language was Coptic or Romany, Basque or Gaelic”, I was equally lost by Kinsella’s English ‘translations’.

The Jaguar’s Dream is an attractive title. Unusually for me, page after page of my review copy of the book now had scribbled comments in the margins: question marks; exact translations of Latin and French phrases (which I had to look up); fragments of mythology (which I also had to look up); expressions of  puzzlement, exclamation marks and underlining when I was lost to understanding the meaning or the syntax. I am no stranger to complex poetry and I am always ready to discover something new. I began the book hoping that Kinsella’s stated aim of introducing the reader to some lesser-known poets would lead me to some inspiring new work but I was disappointed.