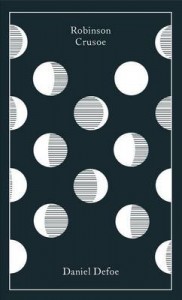 Somehow I didn’t read Robinson Crusoe as a young adult, and it’s one of those books that is always referred to in passing. As I approach my 40s, I thought it was time to pick up Robinson Crusoe by Daniel Defoe and this clothbound classic edition will make a wonderful addition to my bookshelf. I’ve read a few horror novels in my time as well as many science fiction books, but I’ve never read the classic Frankenstein by Mary Shelley. I love the story behind the book, in that Shelley wrote Frankenstein almost 100 years ago in 1817 at just 19 years of age. I’m really looking forward to reading this clothbound edition of Frankenstein this year (love the hearts on the cover) and discovering for myself the gothic and romantic elements within.

The Pearl by John Steinbeck
John Steinbeck was an American author and winner of the Nobel Prize for Literature in 1962, and is known for writing Grapes of Wrath (awarded the Pulitzer Prize for fiction in 1940), Of Mice And Men, and East of Eden, and I haven’t read any of them. For some reason I find this author intimidating so I’ve decided to read The Pearl (a novella of less than 100 pages) as a gentle introduction to his writing. Have you read any Steinbeck? What do you recommend? 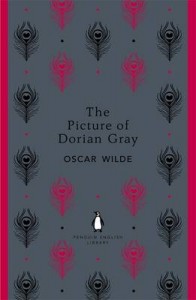 Have you read any of the classics above? Did you receive or give any books during the festive period? I gave a family member a copy of The Menzies Era by John Howard and another family member a handful of books by James Patterson.

HarperCollins Publishers is delighted to announce it has acquired the rights to another book written by former Australian Prime Minister, Hon John Howard, OM AC.

Mr Howard’s memoir, Lazarus Rising, has sold more than 100,000 copies to date, both domestically and internationally across print and electronic editions, and dominated the Australian bestseller charts in the latter half of 2010. It is the most successful memoir of an Australian politician in publishing history.

His new book, scheduled for publication in 2014, will canvass the period in Australian politics from the election of the Menzies Government in 1949 through to the election of the Whitlam government in 1972.  This era, so dominated by Robert Menzies, saw huge economic growth, great social change and much political turmoil. The book will cover not only the remarkable 16 year Prime Ministership of Menzies, but also the impact of the great Labor split of 1955;  the recovery of the Labor Party under Whitlam’s leadership in the late 1960s and the impact of the Vietnam War on Australian politics.  It was the longest unbroken period of Government for any side of politics in Australia’s history.

Mr Howard, who has already started researching the book, also commented: “On a more personal note, this period commenced when I was 10 years old and ended when I was well into my thirties.”

HarperCollins Publishing Director, Shona Martyn, said: “I am thrilled that Mr Howard has agreed to write another book – he is the most thorough and professional of authors.  This topic is one that is clearly close to his heart, but his insights on Menzies and this fascinating post World War Two period will have extra credence because he too has served as Australia’s Prime Minister. I am confident that Mr Howard, through his own insight, diligence, knowledge and critical analysis will produce a book that will be both readable and significant to everyone from Year 10 students of Australian history to political pundits to armchair historians.”

As anybody watching Q&A featuring former PM John Howard last night will tell you – it was a shoe-dodging, bio-battling spectacle the likes of which we’ve never seen. Whatever your political leanings, it’s hard to deny it made for great television. Howard appeared on the programme to spruik his recently-released political autobiography, Lazarus Rising, which, like Q&A leaves no stone unturned, from Iraq to Costello to Rudd… albeit without all the shoe-throwing.

Did you miss Q&A? Never fear… the best bits were put online. The worst attempt at shoe-throwing ever recorded on film:

And the Battle of the Bios. In one corner, Howard, in the other, Hicks, who conveniently enough, has the release of his own memoir just around the corner, Guantanamo. Hicks left a video question for the former PM. Howard chose his words carefully, but there’s no doubting the fire in his eyes…

Boomerang Books is giving you the opportunity to win one of 5 copies of John Howard’s Lazarus Rising, courtesy of our friends at HarperCollins. Entries close 5pm AEST Fri 29 October. Click here to enter.