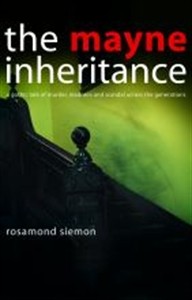 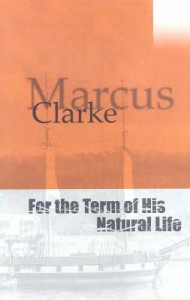 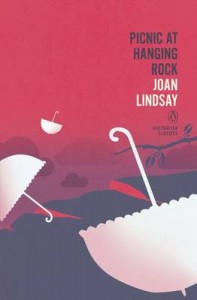 There are just too many Australian classics I haven’t read and I’m sure I’m not alone on this one. I always have the intention of getting to them, but there are so many other great books and new releases clambering for attention on my TBR (to-be-read) pile, that it’s difficult to achieve.

Does anyone else in the Boomerang Books community feel the same way? If you do, would you like to participate in an Australian Classic Read-Along?

How would it work?
First we’d need some suggestions in order to come up with a range of Australian classics to choose from. Depending on your feedback and requests, we can then determine the most popular/requested novel. I’ll create a reading schedule for us and each week we can discuss our thoughts online here on the Boomerang Books Blog by leaving comments on the weekly posts.

Advantages of a read-along

A read-along can inspire you to read a book (in this case an Australian classic) you’ve always been meaning to read.  You’ll enjoy the bookish conversation and feel like you’re part of a reading club. You might even meet likeminded booklovers like yourself.

What should we read?
That’s up to you, what would you like to read? You can click here and browse books from some of these lists, but some suggestions to get us started could include: The Power of One by Bryce Courtenay, My Brilliant Career by Miles Franklin, Picnic At Hanging Rock by Joan Lindsay or The Harp In The South by Ruth Park.

We could also choose a contemporary Australian classic, such as: The Slap by Christos Tsiolkas or The Book Thief by Markus Zusak. The possibilities and choices are endless.

Suggestions welcome
Now it’s over to you. Are you keen to read an Australian classic with likeminded readers or know someone who is?

Leave your novel suggestions below and we’ll see if we can drum up some interest. You can also make your request on Twitter, just use the hashtag #bbooksreadalong and don’t forget to tag us @boomerangbooks

According to Mark Twain, a classic is: a book which people praise and don’t read. Let’s see if we can change that! At #4 – Picnic at Hanging Rock by Joan Lindsay

38.5% of all respondents have read this book

Synopsis for Picnic at Hanging Rock by Joan Lindsay

Picnic at Hanging Rock is Joan Lindsay’s best known work. It was made into a 1975 feature film by producers Patricia Lovell, Hal and Jim McElroy, and director Peter Weir. The story is fiction, though Lindsay dropped hints that it was based on an actual event.

Picnic at Hanging Rock centres around a trip by a party of girls from Appleyard College, a fictitious upper class private boarding school, who travel to Hanging Rock in the Mount Macedon area, Victoria, for a picnic on Valentine’s Day 1900. The excursion ends in tragedy when three of the girls, and later one their teachers, mysteriously vanish while climbing the rock. No reason for their disappearance is ever given, and one of the missing girls who is later found has no memory of what has happened to her companions. A fourth girl who also climbed the rock with the group is of little help in solving the mystery, having returned in hysterics for reasons she cannot explain.

The disappearances provoke much local concern and international sensation with sexual molestation, abduction and murder being high on the list of possibile outcomes. Several organized searches of the picnic grounds and the area surrounding the rock itself turn up nothing. Meanwhile the students, teachers and staff of the college, as well as members of the community, grapple with the riddle-like events. A young man on a private search locates one of the missing girls, but is himself found in an unexplained daze – yet another victim of the rock. Concerned parents begin withdrawing their daughters from the formerly prestigious college and several of the staff, including the headmistress, either resign or meet with tragic ends. We are told that both the College, and the Woodend Police Station where records of the investigation were kept, are destroyed by fire shortly afterwards.

Lindsay based Appleyard College, the setting for the novel, on the school she attended, Clyde Girls Grammar School at East St Kilda, Melbourne, which incidentally in 1919 was transferred to Woodend, Victoria, in the immediate vicinity of Hanging Rock itself.

From 1916 to 1919 Joan studied painting at the National Gallery School, Melbourne. In 1920 she began sharing a Melbourne studio with Maie Ryan (later Lady Casey). Joan exhibited her watercolours and oils at two Melbourne exhibitions and also exhibited with the Victorian Artists Society.

The Lindsays had no children. They donated their Mulberry Hill house to the National Trust upon her death. It is open to the public on weekends and some weekdays. Lady Lindsay died in Melbourne in 1984 of natural causes.

#5 – The Thorn Birds by Colleen McCullough