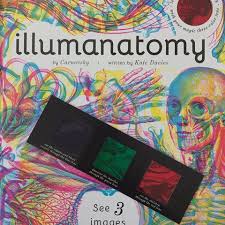 If reading is the fount of knowledge and knowledge is power, then this list of informative kids’ books contains enough intellect to keep your youngsters gasping in awe for days, weeks, even years! Prepare your minds to be boggled. Can you name the first animal to have babies in space? I can now! I promised this book to my nephew, who is ga ga for it, but it’s so good, I wish I could keep it on my own bookshelf. Crammed solid with truly jaw-dropping, disgusting, hilarious, weird and wacky facts, this paperback compendium is easy to read and flick through allowing young readers to absorb an astonishing amount of info very quickly. Brilliantly illustrated and thoughtfully arranged with enticing titles, The Awesome Book of Animals is a 20 out of 10 from me! Check out Frost’s other awesome titles of discovery, here. 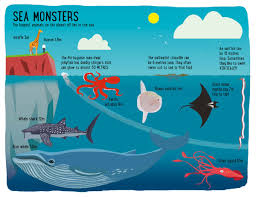 END_OF_DOCUMENT_TOKEN_TO_BE_REPLACED

The CBCA (Children’s Book Council of Australia) Notables (or long lists) have been announced today.

The short lists will be announced on Friday 20th May at the national conference which is held in Sydney this year.

I’ve listed my favourites (of those I’ve read) below:  BOOK OF THE YEAR: EARLY CHILDHOOD

I interviewed the delightful Sara Acton for the most recent edition of Magpies magazine. As Big as You opens up vertically instead of the usual horizontal format to show height. Sara is one of our new illustrators to watch.

Janeen Brian and Ann James have produced innovative picture books in I’m a Dirty Dinosaur and I’m a Hungry Dinosaur (which I reviewed here). It is hard to go past mud and chocolate icing as illustrative media.

Some other favourites are Perfect by Danny Parker and Freya Blackwood, This is a Ball by Beck Stanton and Matt Stanton and This & That  by Mem Fox and Judy Horacek.

PICTURE BOOK OF THE YEAR Perfect is nominated again in picture book of the year. Other personal favourites are Flight by Armin Greder and Nadia Wheatley. This impressive book seems to be telling a version of the Nativity story but also becomes a refugee story. And there are parallels between Jesus’ early life and that of a refugee. Matt Ottley is long listed twice: for a story of incarceration and hope in Suri’s Wall, written by Lucy Estela and the incomparable Teacup, a refugee story written by Rebecca Young.

Other standouts are Where’s Jessie? by Anne Spudvilas and Janeen Brian (again), Mr Huff by Anna Walker, Adelaide’s Secret World by Elise Hurst and How the Sun Got to Coco’s House by Bob Graham. This is a really strong list and also includes some non-fiction books such as My Gallipoli by Robert Hannaford and Ruth Starke, And the Band Played Waltzing Matilda by Bruce Whatley and Eric Bogle and Platypus by Mark Jackson and Sue Whiting.

THE EVE POWNALL AWARD FOR INFORMATION BOOKS looks particularly strong this year and includes We are the Rebels by Clare Wright, Lennie the Legend by Stephanie Own Reeder, The White Mouse: The Story of Nancy Wake by Peter Gouldthorpe, Atmospheric by Carole Wilkinson, and I could easily go on…

BOOK OF THE YEAR: OLDER READERS My picks are Cloudwish by Fiona Wood, Freedom Ride by Sue Lawson (which has just been shortlisted for the NSW Premier’s Literary Awards), The Beauty is in the Walking by James Moloney, The Guy, the Girl, the Artist and His Ex by Gabrielle Williams (also shortlisted for the NSW Prems) and Inbetween Days by Vikki Wakefield, who I am chairing in three sessions at the upcoming SWF. Meg  McKinlay is listed here for A Single Stone, continuing her run of being long and shortlisted in both YA and children’s awards. My pick from a mixed bag for BOOK OF THE YEAR: YOUNGER READERS is Molly and Pim and the Millions of Stars by Martine Murray, which I reviewed here.

Congratulations to everyone who has been long listed. It’s a great honour and shows recognition of your very deserving books.