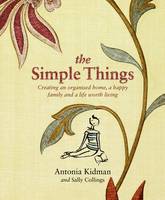 I booked a last-minute ticket to the Queensland Writers Centre’s (QWC) Going Indie seminar, unsure what I was going to hear, but hopeful it was going to be applicable.

I’ve had good fortune with QWC’s workshops and figured this one, which was tackling the oft-sneered-at, but increasingly decent option of self-publishing, would offer a handy industry-in-flux oversight. I have to say, though, that I hate the term ‘self-publishing’, so was relieved when the panellists swiftly renamed it ‘indie publishing’, as in reminiscent of the respected independent music industry.

I turned up largely to hear Sally Collings*, esteemed writer, editor, and publisher, and person self-described as being able to offer a 360-degree view of the publishing process and industry. In fact, I’d have turned up just to hear her speak—her wisdom, warmth, out-of-the-box, and ‘unashamedly commercial’ approach to non-fiction publishing are something I’d love to learn from and perhaps one day emulate.

She was joined by poet Graham Nunn, who was awarded the Johnno Award for his service to the industry last year, and spec fic writer Alan Baxter, who described himself as ‘just another kung fu-teaching writer’. No, really. He writes and he teaches kung fu.**

The panel in essence echoed the conclusions I’ve come to myself in recent times. Notably that there’s never been a better time to be a writer and there are a bunch of opportunities to publish and be published in a variety of formats. All three made incredibly salient points, including (in no particular order):

While the session was ultimately positive, I was pretty disappointed to hear that Nunn wasn’t publishing to make money. A bestselling poetry book sells, he told us, 500 copies nationally. That’s a woefully low figure and it’s probably just as well he’s not after commercial success—that’s a huge obstacle to overcome. Still, the glass-half-full way of looking at that is that he’s not letting it put him off and he’s publishing because of his poetry passion.

Like Collings, I’m unashamedly commercial about my intentions—people don’t practise law or medicine for the love of it and don’t feel squeamish about getting paid for their expertise. I’m still just trying to 100% work out how to produce commercially and critically successful non-fiction work. After today’s panel, I don’t think indie publishing is the answer, but I do think it has an important supporting role to play.

*Her latest book is The Simple Things, which she co-wrote with Antonia Kidman.

**An interesting side note: After reading some woeful efforts, Baxter saw a need for a book offering some pointers for writing action and fight scenes—something his expertise well-positioned him to do so. It continues to tick over on Amazon.

So I’ve been thinking about ebook prices and greed lately. There are a few good arguments for lowering ebook prices, mostly to do with the win-win situation when cheaper books mean more sales and more profits (i.e. it doesn’t always work). What annoys me, though, is that a big proportion of blog chatter about ebook pricing seems to be based solely on a sense of entitlement. Do people deserve to be able to buy books at low prices? And how low is low? As always, The Smell of Books does not provide an answer, but I’ll do my darndest to run in ever tighter circles around the question.

But either way, yes, I think publishers are losing the hearts and minds of readers. After all, readers don’t have to know about the ins and outs of the publishing business—they just have to know how it affects their own pocketbooks …

So said Chris Meadows in a recent post he made responding to my post on publishers losing the hearts and minds of readers. And I find it hard to disagree with him. Despite eloquent arguments to the contrary, I find it difficult to even argue with my friends who want to buy cheap books overseas or cheat territorial restrictions to get cheaper ebook prices.

There are many ebooks that seem to me to be very expensive. And yet working as I do for a large publishing company, I know that margins are tight, that people are tense and that the future of publishing is by no means assured. This is the rub. People want cheaper books, but cheaper books will cripple the industry. The reason for this incongruity, I suspect, is that the people who love books (and are demanding lower prices) don’t fund their production. Books are an 80/20 endeavour. In other words, twenty per cent of the books (or less) make eighty per cent (or more) of the profits. The massive amount of irregular book buyers buying one or two overpriced books a year fund all the other books that more dedicated, passionate (and proportionately fewer) readers buy regularly and enjoy.

So what’s the solution to this conundrum? Publishers have used book windowing to try to address this issue – retaining profits while still (eventually) making books affordable. Book windowing, for those who don’t know the term, describes the practice of selling hardbacks or trade paperbacks (the bigger paperbacks) at a higher price on a book’s release, then selling smaller paperbacks at a lower price later. However, windowing is under serious threat from ebooks, and, it can be argued, doesn’t seem to make much sense in a digital world.

Some would argue that publishers simply don’t have a place in the book world any longer. I disagree vehemently (as you’d expect). There is still a valid role for gatekeepers in the chaotic world of indie and self-publishing (follow the link if you want a good argument for it – Rich Adin does it admirably well). The fact that traditional publishers successfully act as curators of book content is part of why they can charge more for their ebooks and still sell more copies than most self-published titles – yet still people complain.

So what is the solution to this problem? Or is it even a problem? Is the customer always right? Should book prices be lower than they are? Is windowing a fair way of distributing the cost of producing books? What do you think? Sound off in the comments and let me know what you think.