Episode 2 – Hunger Games, The Light Between Oceans and The Gods of Guilt 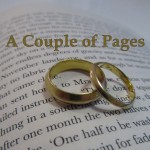 8:10 When should kids start reading The Hunger Games?

So this month, like most of Australia, I have been spending my spare time glued to the Hunger Games by Suzanne Collins. It’s a page-turner in the traditional sense, and it’s very easy to see why this trilogy was quickly picked up for movie adaptation.

The novels are set a post-apocalyptic America where the Haves live in urban luxury in a futuristic Capital and the have-nots are forced to eak out a survivalist existence ruled by the type of labour their area, or District, is able to supply to the Capital. The first book, the Hunger Games, follows teenager Katniss as she is forced, by a combination of the Capital and her family ties, to compete in a televised battle with 23 other teens which only one person can survive. Which is a bit of shame because Katniss and one of her competitors have some serious chemistry going on… Fast-paced, entertaining and manages to smush a lot of themes (Dystopian future, complete with sci-fi twists! A sharp-shooting survivalist heroine straight from a fantasy novel! Her family! An unjust government! A boy! Another boy! Bullies! Surrogate sisters! Lots of other people she needs to rescue, kill or rescue and kill!) into a coherent narrative that reels you in fast and keep you hooked on what happens next.

The Hunger Games series has been frequently compared to Twilight and I can see why – in a good way. The first book is very much YA, and is set firmly in the experiences of its teenage protagonists. But, unlike Twilight, in the Hunger Games there is actually something at stake and a female protagonist who – although certainly flawed – is willing to fight for her future as opposed to mooning around tripping over inanimate objects and clumsy plot hooks. If the comparisons to Bella are putting you off, give Katniss a chance to change your mind before you write off the Trilogy completely – it’s an entertaining story well-told, and worth devoting some reading time to.

Finished the Hunger Games and starving for some set-in-the-not-too-distant-future-reality-TV-gone-mad reading? You could pick up a copy of Stephen King’s Running Man, which pits his anti-hero against the ultimate live game show in a world where reality TV contestants run from annihilation at the hands of hunters. (Jersey Shore and forthcoming Australian adaption, The Shire – it’s an idea. We’re just saying.) If you are going to go this route I would suggest getting your hands on a copy of The Bachman Books, 3 novellas he wrote as pen-name Richard Bachman, which includes Running Man and another chilling tale of reality entertainment gone mad, The Long Walk.

If you fancy some classic sci-fi on the same theme, Orson Scott Card’s Ender’s Game fits the bill nicely. Released in 1985, it picked up both a Hugo and a Nebula award, and a movie adaptation is currently in production. Set in a future where government agencies breed child geniuses to train them as the ultimate soldiers against alien invaders, these gifted children are the best and greatest hope for humanity – if they just can survive the rigorous military training.

Or if you with a taste for violence that makes the Hunger Games looking restrained could also try Battle Royale, a novel set in an alternative-Japan where a totalitarian government abduct high school students and force them to fight each other. The novel is extremely popular – and controversial – and has been adapted into a film and a manga series to boot. Be warned though; with its exploding collars and constant gore and violence, Battle Royale and its spin-offs are not for the faint-hearted.

But if you were feeling a bit faint-hearted, chances are you weren’t hankering for a second helping of the Hunger Games anyway. I am, and if anyone wants me, I’ll be re-reading a few of my old and rather gorey friends…

This book has been calling my name for many months now and having finally got it in my hot little hands, I have inhaled it. It’s a darn good read but do I think it’s a great book? To be completely honest – yes….ish. On the tail of the fantastic The Hunger Games, Catching Fire has reintroduced many of the ideas that made its predecessor are roaring success. But it’s the reintroduction of the love triangle and the Quell (which I will remain vague on) are rewarding but slightly problematic.

Catching Fire has a much different pace to that of its predecessor. While all the events that occurred after the previous book are covered, we are constantly bouncing from Katniss’ recollections of many characters before we get back on track. It’s inconsistent and the pull isn’t as strong as it could be. Don’t get me wrong, it’s still engaging but there is a lost of an undefinable quality in the continuing storyline.

The first half of the novel starts off as a political examination of what happens to a dictatorship when rebellion arises; it’s much more exciting than it sounds. The tension and stakes are continually raised as those in District 12 suffer until tighter control and closer inspection. It’s a natural and thrilling continuation of what was glimpsed in The Hunger Games. The second half of the novel returns to what is familiar and in that way it’s a step back. Though some of the situations are tweaked, the characters mostly new and the pace sped up…I found myself a little disinterested, I wanted back to the political machinations. Having read Patrick Ness’ Chaos Walking series of late, I’ve had a quality template of how stakes can be raised within rehashing the past.

Collins is known for her cliff-hangers and unfortunately this novel had considerably less of them. Instead it’s much more of a psychological examination of how you survive a brutal experience and the choices you make afterward – sacrifice or survival? Or perhaps a little of both.

Peeta’s intelligence is highlighted well in this novel; he’s clearly much more cunning than Katniss previously gave him credit for. They are an interesting match that could have been explored more deeply than Katniss’ continual (and repetitive) dithering feelings for the poor kid. It’s here where Katniss’ effectiveness lost some of her shine with me. I cannot believe that this girl who is decisive and responsible would string two guys along like she has. Yes, Peeta and Katniss need to keep the premise going that they are in love but her interactions leave both guys in a state of limbo. I refuse to believe that she’s innocent in this – she can make a decision. The audience has been fortunate to witness the total of Katniss and Peeta’s interactions through recollections but we haven’t had that same opportunity with Gale and Katniss, nor do I want there to be. They both know she has somewhat feelings for another and it’s cruel what she puts them through, even if she is a puppet at the hands of the President. (Relationship specific SPOILER – highlight to read) At one point it seems considerably callous – Katniss wondering how she would have felt had Gale volunteered in his brother’s place, making friendly with another girl and not longer being “hers”. Once she thinks she’s soon-to-be dead, she kisses Peeta with abandon, while still on camera. Conflicted feelings aside, it made weakened her moral core for me and the effectiveness of her character. It’s understandable but she needs to make a freaking choice! Too much time of this novel felt like it was the boys handing her to one another as a baton, each having time with her and yet not really having her because she was too busy dithering. Sigh.

More characters are incorporated but most of their development is rather limited and can appear shallow. The opportunity to learn more of Haymitch’s history was exciting and probably could have been expanded. In the Quell, Collins has made more of an effort to provide people behind the many tributes up for the slaughter which I respect greatly. Mags made quite an impact, as did Finnick, but in my heart of hearts I want to know more of Gale, Haymitch, Effie and Cinna. Finnick was not as he seemed but I need considerable more exploration of this than his attachment to something at home.

Catching Fire was a fantastic read. It’s easy to be sucked back into the world of Panem and invest in these characters again. However the bar was set high with the first title and the second title didn’t seem to have a way to match it. Instead Collins opted for a most effective, split personality approach to the sequel. Ultimately a huge wave and some freaking monkeys don’t have anything on President Snow and his diabolical, puffy lipped, bloody breath scented nastiness. I say bring on book three with its political uprising, rebellion , District 13 and (I hope) the discovery of the true extent of the muttation experimentation. Fingers crossed the games are not re-entered as they’ve been adequately covered and that Katniss makes a choice between the men in her life.

Catching Fire is a great read with some reinvention of the wheel (or the games) but a thrilling bridge to what will surely be a rewarding trilogy.