OK, the child is back at school. It’s still primary school but we’re at the senior end now – the business end. No more coaxing along or mincing words.

Fortunately she still adores being read to, so every day we still share glorious minutes together in worlds garnished extravagantly with pictures. Yes, I am a staunch believer of there being no age limit for the enjoyment of picture books.

However the scope and theme of picture books that excite a mid-primary schooler are vastly different from those suitable for 0 – 5 year olds. I don’t often come across those types these days so discovering this little cutie is a real treasure. I admit I’m a bit of a Heath McKenzie fan. His illustrations are fairy floss for one’s eyes; sweet, adorable and dangerously moreish. I Wanna Be a Pretty Princess is the second picture book McKenzie has both written and illustrated and from the impossibly pink, love-heart festooned cover to the cuter than cute twist at the end, it exudes palace-loads of playful wit and charm. Our brown-eyed heroine wants to be a princess more than anything else in the world. Who doesn’t when they’re three-something?

Her dreams and imaginings overlay her everydayness as show by McKenzie’s clever pencilled outline illustrations.

Her wishes are soon answered by none other than a real-life pretty princess, who immediately embarks on the transformation of our heroine, aka, pretty princess wanna-be.

In a somewhat Pygmalion fashion, the haughty real princess pulls, primps and perfects Miss Wanna-be into a bonsai version of, well, herself. 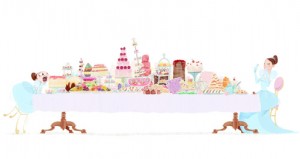 Our little princess wanna-be also discovers handsome princes are not all they are cracked up to be so re-writes her own list of rules for being a pretty princess. 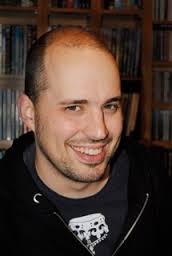 What I wanna know is how McKenzie taps so succinctly into the female pre-schoolers’ psyche. He draws and writes ‘little girl’ with blinding accuracy and has created a narrative that smacks with comical imperialistic overtones. Perhaps he has secret pretty princess yearnings too.

I Wanna Be a Pretty Princess is a slightly precocious, very pink, fabulously frothy, floaty picture book that any self-respecting young 3 year old (girl especially) will simply fawn over.

Perfect for sharing with pre-schoolers and those who really do want to know what it takes to be a princess.

You can find out first here.