While I won’t deny I’ve been beside myself with anticipation awaiting the release of Harper Lee’s Go Set A Watchman, I’ve simultaneously been terrified about how it might read, for the publishers announced it would be printed in its organic, unedited form.

Go Set A Watchman is, after all, a kind of first draft rejected by publishers that facilitated Lee writing something vastly improved and iconic.

As a writer who also works as an editor, I see both sides of the fence. I am acutely aware of the value of a good edit—even the most talented writer benefits from some precision editing help.

I worry that we’re about to read—and judge her on—a not yet fully polished work. Lee is an undeniably exquisite writer, but the Harry Potter rejection myth arguably carries too much weight in our collective conscience. The book is no doubt good, but I doubt it was rejected in the first place without some feasible reason.

In fact, I’d hazard a guess the book’s less an overlooked gem than a book that’s good, but that led to something better. And without the benefit of an edit, as To Kill A Mockingbird itself had, it’s likely to pale in comparison.

Or worse, be the kind of thing you couldn’t resist reading, but that ever so slightly diminished your love for, and fascination with, the original text. For me, that was the extra the Picnic At Hanging Rock chapter, which that demonstrated finishing with the however infuriating unsolved mystery was a vastly better way to end. 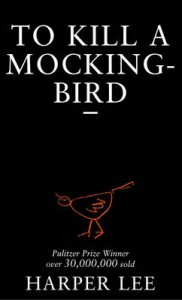 But then, contention about whether the hermited Lee actually gave permission for Go Set A Watchman to be published, I realised I’ve become something like the pedants we’ve all encountered along the way. Everyone’s an expert, it seems, and everyone has an opinion on how a book could or should be better.

The hype around Lee’s book reminds me of the following two takes on the pedant issue. The first, a Buzzfeed in-joke if Jane Austen had received feedback on Pride and Prejudice from a peer in a writing class.

It includes such gems as:

AdWeek carries the theme with its hypothetical client feedback for famous writers (F Scott Fitzgerald, Joseph Heller, and Salman Rushdie are among an esteemed crowd who spent time working in advertising to pay for the privilege of being a poorly paid writer). 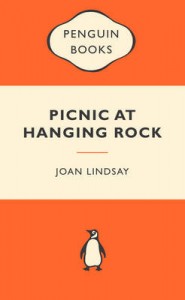 So when I do manage to crack the spine of this breathily awaited Go Set A Watchman, which I have to admit I don’t think has a particularly great title, I’ll try to remember everyone’s an expert when it’s not their work and to respect Lee’s narrative decisions (including surrounding what I’m hearing is something to do with making Atticus slightly racist).

Regardless of what Go Set A Watchman covers and how it reads, or even why Lee chose that title, even Lee’s first drafts are likely to read vastly better than my best final drafts.

The book’s a precursor to a masterpiece and probably has a lot to offer both as a standalone piece of work and in its greater, other-book context. And it’ll give us more insight into, and a richer understanding of, this incredible author’s writing talent and approach. Inner pedant, be gone.

I fell instantly in love with this book though. Having done a re-read of To Kill A Mockingbird in preparation I instantly fell into step with the voice of Jean Louise ‘Scout’ Finch. At 26 years old the character we already know is all there, which makes sense because this is the same character, at the same point, who narrates To Kill a Mockingbird. Jean Louise is returning home from New York for her annual trip to Maycomb County. A lot has changed since we were last in Maycomb.
http://www.boomerangbooks.com.au/Go-Set-a-Watchman/Harper-Lee/book_9781785150289.htm
Get FREE shipping when you use the promo code bookbites at checkout The book everyone is talking about. The book no one thought they would ever see. Fifty Five years after To Kill A Mockingbird we have a sequel….

Firstly I think it is really important to remember the context of this book while reading it. This book was written before To Kill A Mockingbird. Before all its success, before the film, before we all mythologized it’s characters and it’s meaning. Go Set A Watchman has not been edited in anyway since the manuscript was found and was written in mid-1950s America; a time, place and society facing great change and upheaval.

But in saying all that it is pretty hard to escape the shadow of the book that was published first. To Kill A Mockingbird is held up as a beacon in the civil rights movement of the 1960s, despite it being set in the 1930s. But it’s message of equal rights is a powerful one, not just across racial lines but class ones as well. It is one of the few books taught in school that resonates with nearly every child who has to read it and still means something to them years later. But there is a danger in that too. The idealism of youth, the putting of someone on a pedestal to represent all that we believe in. And it is this danger that is at the heart of Go Set A Watchman.

I fell instantly in love with this book though. Having done a re-read of To Kill A Mockingbird in preparation I instantly fell into step with the voice of Jean Louise ‘Scout’ Finch. At 26 years old the character we already know is all there, which makes sense because this is the same character, at the same point, who narrates To Kill a Mockingbird. Jean Louise is returning home from New York for her annual trip to Maycomb County. A lot has changed since we were last in Maycomb. The Second World War has changed the entire country but recent Supreme Court decisions mean there are great ramifications on the horizon for The South. Jean Louise returns to a home she doesn’t quite recognize, the place and the people. When she begins to also doubt those people closest to her, her whole sense of self and the world around her she thought she knew and could depend on starts to shift on it’s axis.

As the reader this sense of tilted axis comes earlier than it does for Scout. Because the book was written before To Kill A Mockingbird there are details slightly out of place or missing. Jem’s fate is glossed over to begin with, which makes sense as this was written first, but in the context of the reader it feels slightly callous. The same with Dill. As Scout tries to come to terms with the hard truths she has discovered we flashback to Scout’s childhood and get to fill in the blanks of her growing up between the books and you can see why Harper Lee’s original editor suggested she flesh out the backstory the way she eventually did.

The heart of Go Set A Watchman though is the tearing down of ideals, shining examples that, while noble, are impossible to realize. I can totally understand why many readers are not prepared to have their view of To Kill A Mockingbird and it’s characters change and there is a point a third of the way into this book that totally broke my heart (Scout’s more so). But that is the underlying message of this book, that we do a disservice to what we believe in by putting our ideas or the people we want to represent our ideals up on a pedestal, above reproach. And while it takes great courage to stand up for what we believe in it also takes courage to understand every point of view and to challenge not only differing points of view but also our own.

For me the character that has always captivated me was Scout. It was her innocence and honesty that drove the story of To Kill A Mockingbird home and it is her courage and dignity that give Go Set A Watchman it’s heart and compassion. For me she is the character we should admire and aspire to. She is not perfect, she does not conform to an ideal, but she is honest and true, stubborn and understanding.

In many ways Go Set A Watchman is a more confronting book than To Kill A Mockingbird. It is much more challenging in its ideas and the questions and answers it poses are not clear or easily digestible. It will divide opinions and we will be talking about this book for many months and many years to come. And isn’t that the real measure of a great book? In anticipation of the new Harper Lee novel, Go Set A Watchman, (out July 14) I decided it was the perfect time for a re-read of To Kill A Mockingbird. I don’t think I’ve read the book since high school and the movie is still so dominant in my mind so it was a great pleasure to revisit the text.

It is very easy to judge To Kill A Mockingbird against contemporary novels. The coming-of-age genre has increased exponentially as has the feisty, intelligent young heroine since it was published in 1960. The book is also heavy on the idealism with little room for subtlety. But is the novel’s context that makes it the enduring classic we all love. For its time and place it was, and still is, a very important novel. Mainly because the issues confronted in the novel in 1930s Alabama still exist today, around the world.

It is little wonder this books is almost compulsory reading for every high school student around the english-speaking world. There probably is a case that To Kill A Mockingbird would be considered a Young Adult novel if it was published today, a category which certainly did not exist in 1960, although I think it still stands as a novel for all readers to enjoy. It is the ultimate coming-of-age story because we wish our children to experience the same formation of the world that Scout does. And at the same time aspire to be on par with Atticus Finch, an almost a mythical character now, a literary moral compass.

To Kill A Mockingbird is not a perfect novel but it is a seminal work of 20th century literature which is why it is a novel that will endure for many decades and many generations still to come. I fell instantly back in step with Scout and Jim and the powerful ending with Boo Radley brought a tear to my eye once again.

I await Go Set A Watchman with equal parts excitement and trepidation.

Have you re-read To Kill A Mockingbird or are you planning to? Let us know your thoughts about revisiting this classic of 20th century literature.