A pantheon of eminent Australian poets descended onto a marquee slated on a grassy tennis court in leafy Sydney. The canapés, wine and congenial company were to celebrate the launch of esteemed poet, Geoffrey Lehmann’s new book, Poems 1957-2013 (UWA Publishing).

Geoffrey and his vivacious wife, Gail Pearson, hosted a large but attentive group of poets, family and colleagues under a rain-threatening sky. Poems was launched by John Edwards, who read the final poem in the book, ‘Why I Write Poetry’, a fitting résumé of Geoffrey’s poetic life, which he wrote for his old English master.

… Poetry is our love of metaphor.

We see one thing and think of something else.

A green wool-dress becomes the woman we love.

We are bathed in a mysterious glow.

That’s why I write poetry.

The collection includes previously published poems, some revised with original lines restored and removed. More than seventy pages of poems are new publications.

It’s always interesting to see how a poetry collection is structured. Here the sections are ‘Simple Sonnets’, ‘Earlier Poems’, ‘Nero’s Poems’, ‘Spring Forest’ and ‘Later Poems’. Ancient history is prominent, featuring poems about the Emperor Claudius, ‘Fall of a Greek City’ and ‘Colosseum’. There is also a poem for poet Les Murray, ‘The Trip to Bunyah: A Letter for Les Murray’. Aptly, Geoffrey’s first book of poetry, The Ilex Tree, was shared with Les and won the Grace Levin Prize.

Another of Geoffrey’s collaborations, and one for which he is recently known, is with Robert Gray. These two poets have edited some formidable anthologies of Australian poetry, the last published in 2011 by UNSW Press – Australian Poetry Since 1788.

Geoffrey read several poems, including the very funny, ‘Thirteen Reviews of the New Babylon Inn’, based on TripAdvisor reviews of a hotel in New York; ‘An Image’, a poem written when he was 17; ‘Water from My Face’ from ‘Spring Forest’ and ‘The World’ from the ‘Simple Sonnets’ sequence.

A character in his own right, Geoffrey was part of the Sydney Push with Germaine Greer, Clive James, Robert Hughes and Frank Moorhouse. The Push was predominately a left-wing intellectual subculture in the mid 1900s. Geoffrey broke the mould by working for global accountancy firm, PriceWaterhouseCoopers 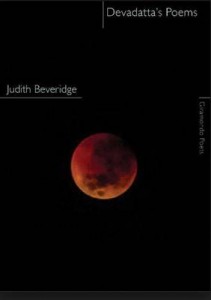