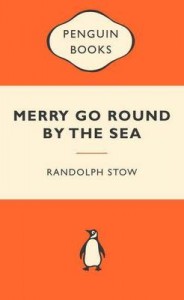 At #11 – Puberty Blues by Kathy Lette and Gabrielle Carey

29.0% of all respondents have read this book

Synopsis for Puberty Blues by Kathy Lette and Gabrielle Carey

Puberty Blues is a strongly autobiographical, proto-feminist teen novel about two 13-year-old southern Sydney suburbs girls attempting to improve their social status by ingratiating themselves with the “Greenhill gang” of surfers. The book was made into a movie in 1981.

Kathy Lette (born 11 November 1958) is an Australian author who has written a number of bestselling books. Born in Sydney’s southern suburbs, she first attracted attention in 1979 as the co-author of Puberty Blues.

As an adult, Lette became a newspaper columnist and sitcom writer, but returned to the novel form with Girls’ Night Out in 1988 and has since written several more novels and plays, including Foetal Attraction, Mad Cows in 1996 (which was made into a film starring Joanna Lumley and Anna Friel) and Dead Sexy.

Despite her stereotyping of English people as condescending and unfriendly, Lette lives in London and is married to a fellow Australian expatriate, Geoffrey Robertson QC, whom she first met when appearing on his TV panel debate show Hypotheticals. They have two children, Julius and Georgina.

Gabrielle Carey (born 10 January 1959) is an Australian writer noted for the teen novel Puberty Blues which she co-wrote with Kathy Lette.

Carey was born in Sydney, and was raised in an atheist, humanist household. While in Ireland in the mid-eighties she converted to the Catholic faith, becoming convinced of the importance of spirituality in everyday life. After a year in Ireland she left and lived for several years in a small village in Mexico, returning to Australia in the early 1990s.

Carey has a daughter, Brigid, and a son, Jimmy. She lives in Sydney and is a freelance writer, writing occasional articles for The Sydney Morning Herald and other newspapers. She currently works as a lecturer in writing at the University of Technology, Sydney.