Today I thought I’d take a closer look at the differences between fables and parables and come up with some recommendations for readers of all ages who enjoy a little learning with their leisure.

A fable is: a short story that conveys a moral to the reader, typically with animals as characters.

A parable is: a short story designed to illustrate or teach some truth, religious principle, or moral lesson. The first fable that comes to mind is the story of the hare and the tortoise who race each other. Everyone knows this one, the race seems unfair in the beginning because the hare is so fast, but he becomes smug knowing he’s going to win and takes a break to rest. Meanwhile, the slower tortoise continues to plod along and cruises past for the win. The moral of this fable is: slow and steady wins the race. If you want to teach your young ones this lesson, then check out The Tortoise and the Hare by Gerald Rose or Tortoise Vs Hare the Rematch by Preston Rutt and illustrated by Ben Redlich.

Most iconic of all is the collection of fables collated by the slave and storyteller Aesop in ancient Greece, of course it’s Aesop’s Fables. Check out this hardback edition of Aesop’s Fables illustrated by Ernest Griset, it contains more than 300 stories bound to please. For YA and adult readers looking for a good fable to read, there’s: The Hen Who Dreamed She Could Fly by Sun-mi Hwang, Charlotte’s Web by E.B. White, Watership Down by Richard Adams and of course Animal Farm by George Orwell.

Parables
Recently I read The Pearl by John Steinbeck, which started me off thinking about parables and fables in the first place, and is about greed. Having said that, the first parable that comes to mind for me is The Alchemist by Paulo Coelho. This book that has sold millions of copies all around the world, and I thoroughly enjoyed reading it a few years ago.

Those looking for religious principles in their reading would do well to check out The Shack by William P. Young, it’s a real life-changing read. The Richest Man in Babylon by George S. Clason is a collection of parables set in ancient Babylon based around financial wisdom and how to achieve wealth and financial independence. A parable that’s on my TBR list is A Christmas Carol by none other than Charles Dickens. Even though I already know what the parable is, I still think it’d be nice to read it in the lead up to Christmas this year.

So, what’s your favourite fable or parable? Have any of them changed the way you think about the world? I’d love to know, so tell us in the comments below. 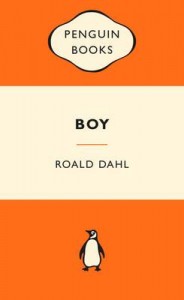 There were two books that I was required to read at school that stood out for me (and yes, goodie two shoes that I am I actually read them instead of cheating and watching the films instead).

The first (and I’m thinking both this one and the one that follows will be on many others’ top-two lists) was Harper Lee’s To Kill A Mockingbird. The second was George Orwell’s Animal Farm, the genius fable that used a farmyard and its animals—most notably pigs—to illustrate complex concepts of politics, socialism, hypocrisy, and the absolute corruption of absolute power.

I’d never much understood how a fable could be so powerful—Aesop’s tales had interested me, but not in the same, axis-shifting comprehension-of-the-world way as this book. Nor did I have any clue who Orwell was. He might be a household name and literary great whose surname has been turned into an adjective (Orwellian) to describe a dystopian world, but to me as a schoolgirl he was just another author whose book was on the reading list.

Lack of this knowledge aside, it didn’t take long for me to fall in love with him. He had me at ‘four legs good, two legs bad’, ‘two legs good, four legs bad’, ‘all animals are equal, but some animals are more equal than others’, and a few phrases in between.

He wrote, I realised, two of the most outstanding books I’ve ever read—the aforementioned Animal Farm and 1984—and yet I know very little about the man behind the words.

What I quickly realised was that not only had he penned two masterpieces in a lifetime (which is two more than most people do, and he not only did this, but did so in fewer words than many of his counterparts), he was absolutely prolific in his writing. And all this in less than 50 years of life all up. Sheesh.

It was through this internet and Wikipedia trivia trawling that I stumbled across Why I Write. Part of the Penguin Great Ideas series, which also includes the writing of Marx, Darwin, Nietzsche, Freud, and Woolf, it comprises some of his essays.

Reading the book, I marvelled at Orwell’s extraordinary ability to excise key, confounding issues, and to frame them in a manner that’s at once accessible, logical, and that highlights their absurdity and/or horror. And he does so in ways that make

them memorable. I realised is that Orwell had me at many terms and statements, not least:

I dreamed I dwelt in marble halls,

And woke to find it true;

Was Smith? Was Jones? Were you?