Here in SE Queensland, just before Christmas, an unusual thing happened. It began to rain. I’d almost forgotten the scent of a wet garden and the sensation of damp. It was perfect cosy reading weather.

Alas, the week before Christmas with a house full of family and several menus and trips away to plan for proved anything but conducive to curling up with a good book. Thus, I’ve had a short sabbatical from children’s texts over the holidays. However, one or two did manage to sneak in under the radar and just like Santa, they really delivered. I saved this read, as I save my favourite parts of a roast dinner (the spuds) till last; knowing once I’d tasted it, it would be gobbled down fast. And it was. Counting by 7s is the story of twelve-year old Willow Chance who lives in Bakersfield, California and comes home from school one day to the news that her parents have been killed in a car accident.

This slap-in-the-face realisation is based on a real life occurrence of American author Holly Goldberg Sloan, as are many of the references in this novel. Willow’s loss is tragic but it is merely one of the inspired background colours used by Sloan to paint her story.

What follows is a journey of soul searching and discovery, not always by Willow; she is too pragmatic for that sort of thing. It’s a story about accepting different viewpoints, of moving on and allowing unexpected change to help you find ‘connectedness’ in life. 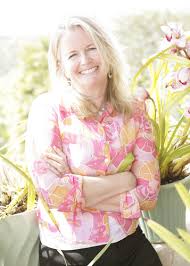 Willow could read as a prickly, hard to love character. Conversely, it could be easy to over sympathise with her plight. However, Sloan’s intelligent narrative is completely free of mawkishness. Her characters shine with pristine clarity and likeability.

I cannot fault this sophisticated tween / teen novel. Artful, moving, witty, and intensely humble. Sure, I cried in parts, but do not expect to be swept away by sentimentality. Willow, the higher thinking, twice-orphaned ‘problem’ everyone grows to cherish simply doesn’t allow it. Instead, she becomes the unexpected catalyst that sparks relationships and lives back to life. An astoundingly clarifying look at the complicated world of human relationships and emotions. Uplifting indeed and possibly better than roast potatoes.

This is another YA read I’ve been hording. Once you read it, you will understand why. It’s almost too good to consume; over within minutes of starting. In other words, unputdownable. Zac and Mia is not just a novel for young readers although A. J. Betts does a magnificent job of harnessing teenage nuances. With such broad appeal, Betts confidently tackles the despairingly familiar topic of cancer in young people. Zac and Mia however is not a maudlin account of people affected by cancer. It is a marvellous tapestry of conflicting emotions, characters fuelled by fear and love, confronting moments of self-discovery, and above all hope. Love and despair parry with equally matched determination between teenagers Zac and Mia with a rawness that makes you weep and humour that maintains a smile on your face as the tears fall. 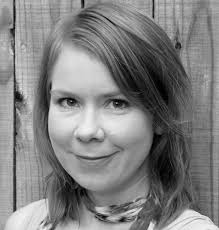 Similar to John Green’s, A Fault in our Stars which I’ve yet to read so cannot make a direct comparison to, Zac and Mia is too splendid for words and a marvellous example of pure undiluted Aussie talent with one of the most endearing endings I’ve read, ever. Eloquent, ballsy, poignant, and beautifully told. A must read.

True, YA novels take on the tough stuff, unashamedly ramming readers head on into topics and themes often fraught with complicated innuendo, evolving emotions, damaged personalities and questionable social situations, but with writers like these doling out these tales with such sensitivity and sincerity, one can’t help but feel beautifully satisfied.