For some readers, a satisfying book ending is knowing everything turned out well for the characters. For others it’s having the mystery solved and all the loose ends neatly tied up. Some readers love a happy ending and others – like me – hate it when the guy gets the girl in the end. It can be exciting when the villain gets away or a novel ends in a cliffhanger, knowing a sequel is in the works. I don’t usually enjoy ambiguous endings, but appreciate some readers like to imagine for themselves what happened to the characters. Here are my thoughts on some great book endings. 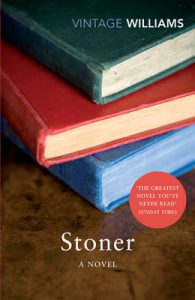 Glancing at my bookshelves, Stoner by John Williams has one of the most standout memorable endings for me. It is a sorrowful ending, but this melancholic novel slowly built to this point and it was so exceptionally written that it literally took my breath away. I hugged the book to my chest when I finished reading it and the final scene is still with me years and years later. 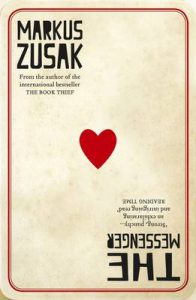 The Messenger by Markus Zusak has a unique meta fiction kind of ending that has stayed with me long after reading it. Exploring themes of why we’re here and how we can make a difference, The Messenger is a moving – yet funny – novel that carries a powerful and important message. When I finished reading it, I was left in absolute awe at the meta ending and had to seek out fellow readers and their thoughts on the book. Don’t you just love when that happens? Missing by Melanie Casey is the third novel in the Cass Lehman series set in Adelaide. It had such an unexpected ending I was left flabbergasted and positively hanging out for the next in the series. It wasn’t a cliffhanger in the strictest sense, however it was a character development that I didn’t see coming and desperately want to explore in the next novel.
I’m going to have to wait awhile though with the author taking a break from the series, but you can bet I’ll be keeping an eye out for the next in the series. 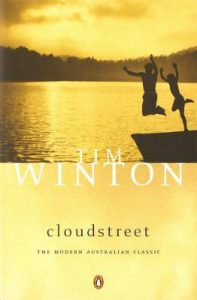 Reading the end of Cloudstreet by Tim Winton broke my heart but also made my soul soar with the release and bittersweet joy of the character Fish. Despite wanting to stay with the characters beyond the ending of the book, the event that closed the book really was the perfect ending. It brought the story full circle and I’ll always remember the ending with a combination of sorrow and joy.

What kind of book endings do you enjoy? Do you have any memorable endings?