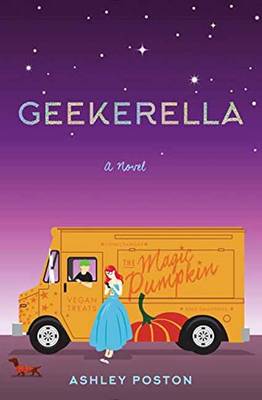 Geekerella by Ashley Poston (Penguin Random House) is a contemporary Cinderella story told by both Danielle (Elle) as the Cinderella character and 18-year-old actor, Darien Freeman as her potential love interest.

Elle’s father had established ExcelsiCon cosplay before he died. Elle now lives with her stepmother, a wedding planner, and stepsister twins Chloe (who is nasty) and Calliope (whose attitude towards Elle may be softening). Elle works part-time at the Magic Pumpkin food truck with Sage, who also makes costumes.

Darien is a former soap actor who is now starring as Prince Carmindor in Starfield, the new movie version of a cult sci-fi show. He is actually a fan of the show and wants to ‘do the fandom justice’ even though Jessica, his female co-star is really only using it for publicity and as a stepping stone to an academy award career. Jess thinks that Daren is cute, ‘equal parts dorky and sexy’. They are supposed to be dating.

Darien wants to do his own stunts, is a ‘pretty boy’ swamped by fans, but is actually vulnerable and a bit shy. His overbearing but distant father is his manager; Gail, is his slightly older, inept but caring minder; and Lonny his new bodyguard.

Without having met him, Elle despises Darien. She doesn’t realise that he is the person who contacted her through the phone she inherited from her father and is now texting constantly. At the same time, her blog posts against Darien playing the role of Carmindor go viral. When they meet in person they despise each other.

The plot builds to the cosplay convention and ExcelsiCon ball. Elle’s parents had been the king and queen of cosplay – her father dressed as the Federation Prince, Carmindor, and her mother as beautiful Amara. Elle decides to attend the ball and Sage alters her father’s costume for her. But Chloe, as ugly-natured stepsister, steps in and steals the Amara silk dress and glass shoes for Cal to wear to the ball and ruins Carmindor’s coat.

Subplots about leaked details about the Starfield movie, Darien’s stalker and interference in Darien and Elle’s texts add intrigue. 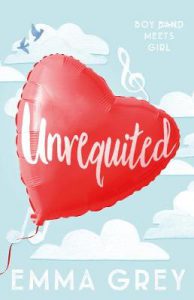 This reimagined fairy tale about hidden and mistaken identities is great fun. Its premise of the famous guy yearning for an unknown girl is also explored in the equally engaging Unrequited by Sydney writer Emma Grey about a girl pursued by the famous lead singer in boy band.