With only a few more sleeps till another day of flag flying and fly swatting, it’s time to dig out the meat pies, ice the lamingtons and chill the beers. Australia Day means different things to different Aussies but the sense of camaraderie is an underlying similarity in us all. 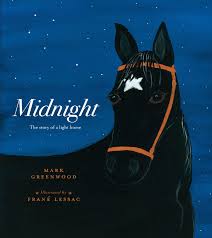 There are dozens of Australian based books to cheer about this week, but these two, whilst equally at home on ANZAC reading lists, deserve mention now because of their strong patriotic appeal. Midnight, The Story of a Light Horse by picture book duo, Mark Greenwood and Frane Lessac and The Horses Didn’t Come Home by faction YA writer, Pamela Rushby, both tell the tale of the Australian Light Horse regiments that took part in ‘one of the last great cavalry charges in history’.

Each of these books deals with the campaign in the Sinai desert in a way that young readers will resonate with even though the story is over 90 years old.

Midnight is based on the true accounts of Lieutenant Guy Haydon and his jet black mare, Midnight. It begins with Midnight’s birth by the riverside at Bloomfield Station in the Hunter Valley, to the mare, Moonlight. All is cool and dark and yielding as reflected in the soft prose and passive illustrations.

Midnight enjoys a close bond with Guy as the two of them work the cattle in their high country home. But it’s the season of unrest, and overseas the first of the Great Wars intensifies. Guy and Midnight heed the call and ‘ride to join the Light Horse’ along with thousands of others. 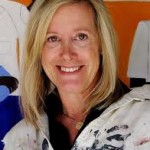 They enter a strange new world, hot, dry and aggressive; the deserts of the Middle East so beautifully rendered by Lessac’s gouache painted illustrations, and set course for a seemingly do-or-die finale at the ancient town of Beersheba. The 4th and 12th Regiments of the Australian Light Horse are rallied in a last desperate attempt to smash Turkish lines fiercely guarding the precious wells of Beersheba. Success seems unlikely; 800 riders against three thousand well-entrenched soldiers, but miraculously, after the order to charge is given, Beersheba is taken and the Turkish line of defence is broken, thus changing the history of WWI in the Sinai Desert forever. 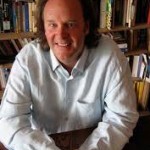 I enjoyed Greenwood’s sparse yet expressive text. We are given just enough information to allow us to feel the full awful force of battle and share the heart wrenching bond between horse and rider. Young readers should not be frightened or disturbed by all the action-orientated facts and words however, because they are never delivered brutally or aimlessly.

The depiction of Australia’s historic war past has been visited by Greenwood and Lessac before with titles including Simpson and His Donkey, for example. Lessac’s humble yet honest, full page illustrations work well when coupled with the stark realisms of WWI history. I found the illustrations of the closing pages of Midnight particularly endearing. Although steeped in sadness, they transport us gently home to a place of starlit skies and moonlight. 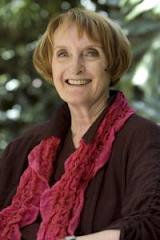 Pamela Rushby’s The Horses Didn’t Come Home treats this same slice of our past with equal sensitivity and respect. I was in tears by the end of the prologue and completely entranced by the tale of Harry and his campaign overseas, this time with a horse named, Bunty.

Bunty is another Australia Waler, hailing from the rugged Australian bush who actually belongs to Harry’s sister, Laura. Their story is told in alternating points of view through the use of letters home from Harry to his family, Laura and interestingly, letters from Bunty (courtesy of Harry for his sister).

You may know the history behind the poignant story. We all know the amazing outcome. The horses won the day. But Rushby tells it in such an absorbing way that the sting of the sun, the smell of horse sweat, the buzz of the flies and the tension of the parching patrols keeps you tethered to the desert long after the battle is over and the book is done. It is nothing short of superlative.

I especially enjoyed Rushby’s author notes at the end, sharing her discovery of Beersheba and highlighting the background to the story. Older aged primary school readers will find this an easily digestible, intriguing and deeply stirring read which in all likelihood will stimulate their appetite to explore our bold past further.