Waiting for the second instalment of The Hunger Games, Catching Fire, to come out was reminiscent of waiting for Christmas as a kid—I was so invested the wait was excruciating and interminable.

The agony was alleviated slightly by the social media-led arrival of Sesame Street’s The Hungry Games: Catching Fur, a genius-ly entertaining and educating spoof of the masterful ilk only Sesame Street could manage.

The spoof featured (and nailed) the three things I vaguely remembered from the book (it’s been a while since I read the trilogy, and even then I binged on them rather than taking time to fully absorb their content): fog, monkeys, and ‘tick tock’.

Catching Fire was probably my favourite of the three Suzanne Collins books. The Hunger Games hooked me in and laid out the foundations, but it is in Catching Fire that you really get to see the nuance and fraught complexity come in to play. Especially when it comes to the other tributes who, with the exception of Rue, are little known to and little understood by us.

In the Catching Fire, we see the long-term effects of ‘winning’ The Hunger Games as well as the selflessness and bravery of people working together for a greater cause. Catching Fire is dark, but it’s also grippingly hopeful.

Things are frosty in the beginning of the film—literally and figuratively. District 12 is cloaked in winter (I couldn’t help but think ‘winter is coming’) and Katniss, Gale, Peeta, and Haymitch are struggling with the aftermath of the games.

‘Lethal lovers’ Katniss and Peeta are learning the games don’t end when you get home, that you never win, you simply survive. They will be forced to play-act an epic love affair for eternity, something that sits awkwardly with them and that grates Gale, the original love interest who rounds out the triangle.

Katniss, Haymitch, and Peeta are together but so incredibly alone, trapped in their own heads (and nightly bad dreams). It is in this film that you truly appreciate why Haymitch self-medicates with alcohol.

I might be too wholly invested in this story, but I cried buckets throughout, kicking off at seeing an image of Rue broadcast behind her family. I continued when the first person, an older man, gives the three-fingered mockingjay salute and is punished brutally. The forced attendance by both Katniss and Peeta and the districts’ people during the victory tour were tense; ‘The odds are never in our favour’ graffiti was eerie. All of it was near-reality real.

The film does manage to wedge in some brief moments of comedy to take the edge off the darker mood. ‘Don’t invite him over, he’ll drink all your liquor’ Haymitch warns Katniss about one of the other tributes; ‘I never said she was smart’ he quips to a peacekeeper when she intervenes in a flogging.

I was intrigued, though, that some people laughed in the cinema during the reaping scene when it’s clear Katniss’ name will be the only one pulled out of the female pool. I found it not funny but bleak. But that’s a small and personal note not central to this review.

As with the first film, the costumes and characters are OTT without being OTT—we see a softer side to Effie and the on-stage interplay and stands against the Capital are goosebump-inducing. Katniss’ dresses are, as always, spectacular, and the vest she wears in the first few scenes is likely to spawn a fashion trend. 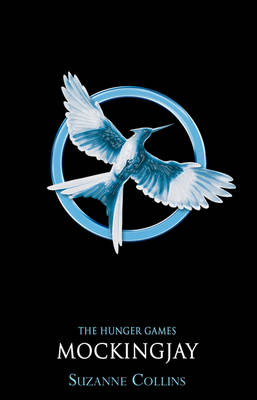 The ‘peacekeepers’ outfits are suitably imposing and austere. And the arena outfits are functional and full-body swimsuit-like, but suit the script. It reminds me that this series doesn’t go for the sexy options wherever possible, and I respect it for that.

That said, it would be remiss of me not to mention that Sam Claflin, who plays Finnick, is exceptionally cute. He’s a brilliant actor, more measured than the arrogant character in the book, which makes it easier for us to relate to and believe in the character. Excellent (eye-candy) casting right there.

I will say that the final shot that closes the film wasn’t strong and bordered on corny, but it does suitably set up the third book, the film adaptation for which we’re now going to have to wait another apparent eternity.

Although the filmmakers have stayed true to the books in the first two films, my hope is that they’ll deviate from the book for film three. Mockingjay lost the plot a bit, likely because Collins had never expected to need to stretch the story out to a trilogy.

Either way, I’ll pass the time re-reading the books and re-watching the two films. And also getting onto the next Richelle Mead book, Fiery Heart, which was just released and arrived at my house today.

This book has been calling my name for many months now and having finally got it in my hot little hands, I have inhaled it. It’s a darn good read but do I think it’s a great book? To be completely honest – yes….ish. On the tail of the fantastic The Hunger Games, Catching Fire has reintroduced many of the ideas that made its predecessor are roaring success. But it’s the reintroduction of the love triangle and the Quell (which I will remain vague on) are rewarding but slightly problematic.

Catching Fire has a much different pace to that of its predecessor. While all the events that occurred after the previous book are covered, we are constantly bouncing from Katniss’ recollections of many characters before we get back on track. It’s inconsistent and the pull isn’t as strong as it could be. Don’t get me wrong, it’s still engaging but there is a lost of an undefinable quality in the continuing storyline.

The first half of the novel starts off as a political examination of what happens to a dictatorship when rebellion arises; it’s much more exciting than it sounds. The tension and stakes are continually raised as those in District 12 suffer until tighter control and closer inspection. It’s a natural and thrilling continuation of what was glimpsed in The Hunger Games. The second half of the novel returns to what is familiar and in that way it’s a step back. Though some of the situations are tweaked, the characters mostly new and the pace sped up…I found myself a little disinterested, I wanted back to the political machinations. Having read Patrick Ness’ Chaos Walking series of late, I’ve had a quality template of how stakes can be raised within rehashing the past.

Collins is known for her cliff-hangers and unfortunately this novel had considerably less of them. Instead it’s much more of a psychological examination of how you survive a brutal experience and the choices you make afterward – sacrifice or survival? Or perhaps a little of both.

Peeta’s intelligence is highlighted well in this novel; he’s clearly much more cunning than Katniss previously gave him credit for. They are an interesting match that could have been explored more deeply than Katniss’ continual (and repetitive) dithering feelings for the poor kid. It’s here where Katniss’ effectiveness lost some of her shine with me. I cannot believe that this girl who is decisive and responsible would string two guys along like she has. Yes, Peeta and Katniss need to keep the premise going that they are in love but her interactions leave both guys in a state of limbo. I refuse to believe that she’s innocent in this – she can make a decision. The audience has been fortunate to witness the total of Katniss and Peeta’s interactions through recollections but we haven’t had that same opportunity with Gale and Katniss, nor do I want there to be. They both know she has somewhat feelings for another and it’s cruel what she puts them through, even if she is a puppet at the hands of the President. (Relationship specific SPOILER – highlight to read) At one point it seems considerably callous – Katniss wondering how she would have felt had Gale volunteered in his brother’s place, making friendly with another girl and not longer being “hers”. Once she thinks she’s soon-to-be dead, she kisses Peeta with abandon, while still on camera. Conflicted feelings aside, it made weakened her moral core for me and the effectiveness of her character. It’s understandable but she needs to make a freaking choice! Too much time of this novel felt like it was the boys handing her to one another as a baton, each having time with her and yet not really having her because she was too busy dithering. Sigh.

More characters are incorporated but most of their development is rather limited and can appear shallow. The opportunity to learn more of Haymitch’s history was exciting and probably could have been expanded. In the Quell, Collins has made more of an effort to provide people behind the many tributes up for the slaughter which I respect greatly. Mags made quite an impact, as did Finnick, but in my heart of hearts I want to know more of Gale, Haymitch, Effie and Cinna. Finnick was not as he seemed but I need considerable more exploration of this than his attachment to something at home.

Catching Fire was a fantastic read. It’s easy to be sucked back into the world of Panem and invest in these characters again. However the bar was set high with the first title and the second title didn’t seem to have a way to match it. Instead Collins opted for a most effective, split personality approach to the sequel. Ultimately a huge wave and some freaking monkeys don’t have anything on President Snow and his diabolical, puffy lipped, bloody breath scented nastiness. I say bring on book three with its political uprising, rebellion , District 13 and (I hope) the discovery of the true extent of the muttation experimentation. Fingers crossed the games are not re-entered as they’ve been adequately covered and that Katniss makes a choice between the men in her life.

Catching Fire is a great read with some reinvention of the wheel (or the games) but a thrilling bridge to what will surely be a rewarding trilogy.