So you want to give something meaningful and useful and entertaining this Christmas. Well, have a look at these incredible Non-Fiction kids’ books that not only take you places but also inform, comfort, enlighten and above all keep the kids occupied while you sort out the eggnog! Enjoy. 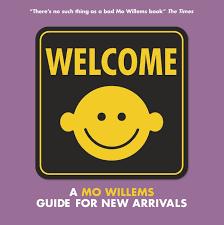 This is the penultimate new-baby book for new parents. Presented as a robust board book with luxuriantly thick pages, this will endure baby’s first year and beyond. It even comes with an embedded mirror so baby can actually see what all the fuss is about. Willems’ inimitable comic touch graces each page in this direct narrative to baby outlining all the highlights, expectations and regrettable conditions that they and their new family might encounter. It reads a bit like an instruction manual and partially like a charter for a new employee. Every word is gold. This is truly one to share as a parent, a gift giving family member and then again as a parent with your growing child. Supremely clever, witty and super super cute (in a non-cutesy way),  I cannot recommend this highly enough for new parents and new humans.

END_OF_DOCUMENT_TOKEN_TO_BE_REPLACED

I consider myself a big nerd and comics seem to go hand in hand with the social status. I never really got into comics (or graphic novels) and when I did attempt I never knew where to start. There are millions of reboots and story arcs for the thousands of different superheroes out there but which ones are good and where do I start? It was Scott Pilgrim that started my journey into graphic novels and with Bryan Lee O’Malley’s Seconds recent release, I thought now would be a perfect time to talk about the graphic novels I love.

Take the only graphic novel to win a Pulitzer Prize, Maus by Art Spiegelman. In this story we read about Vladek Spiegelman and his wife, it is biography of living and surviving Hitler’s Europe. The graphic novel not only addresses the holocaust and life in a war torn country it does it in a unique way. Exploring the reality and fears of surviving in a visual way, the Jews are depicted as mice and the Nazi’s hunting them as cats.

There is also the autobiographic story of Marjane Satrapi  in Persepolis, a coming of age story of a girl living in Tehran during the Islamic Revolution. The whole concept of cultural change works really well in this graphical depiction. There is even an animated adaptation which is worth checking out (even if it is exactly the same). If you prefer a more quasi-autobiographical story maybe try Ghost World by Daniel Clowes or even something by Chris Ware like Jimmy Corrigan or Building Stories.

Finally, if you prefer your graphic novels to be about superheros or people coming to terms with their new found powers, I have some suggestions for you as well. Hawkeye: My Life as a Weapon by Matt Fraction is the first story arc in this new Hawkeye series and explores a life of a superhero outside fighting crime and saving the world. Also by Matt Fraction, with the help of Chip Zdarsky is the weird and wonderfully dirty Sex Criminals. This is a story of a woman that discovers that time freezes after an orgasm and the shenanigans she can get up to with so much quiet time. This graphic novel will not be for everyone; if you want something very different that is full of dirty visual puns then I would recommend it.

I would love to recommend more comics but some of my suggestions are not yet released as a complete story arc yet. If you are interested in more graphic novel suggests let me know in the comments below. I hope this will give you some suggestions if you have never tried a graphic novel before. I’m also happy to take more recommendations in the comments below. Happy reading.