There are some books that just keep popping up in your book-awareness periphery. Bryan Stevenson’s Just Mercy: A Story of Justice and Redemption is one prime example.

I first heard Stevenson when he was interviewed on a bunch of different podcasts I listen to. And I kept hearing the name of his book and the premise of his work in passing book-recommendation conversations.

Last weekend, with thesis submitted and fun book-reading time finally here, I cracked open Just Mercy. And I was so gripped I cancelled my other plans and didn’t leave the house.

Stevenson is the co-founder and executive director of the Alabama-based Equal Justice Initiative, a not-for-profit organisation that represents people on death row who cannot otherwise afford lawyers and who are frighteningly often on death row through no fault of their own.

Depressingly but unsurprisingly, most of these inmates are poor, black, and/or mentally ill. And they’re most often and rather than or.

The US has the world’s highest incarceration rate—one that’s skyrocketed in recent decades, fuelled by slogan-driven policies such as ‘three strikes and you’re out’. From 300,000 in the 70s to 2.3 million today, one in every 15 people born in the US is expected to go to jail—that number increases to one in three for black males.

Of those currently incarcerated, 50 per cent have been diagnosed with a mental illness. And there are three times as many people who are mentally ill in prison, where they are policed by people ill-equipped to handle issues, as are in hospital.

The US is also the only country that condemns children to life in prison without parole.

Then: ‘…I’ve come to believe that the true measure of our commitment to justice, the character of our society, our commitment to the rule of law, fairness, and equality cannot be measured by how we treat the rich, the powerful, the privileged, and the respected among us. The true measure of our character is how we treat the poor, the disfavoured, the accused, the incarcerated, and the condemned.’

His is a lifelong quest to understand and address ‘how and why people are judged unfairly’. 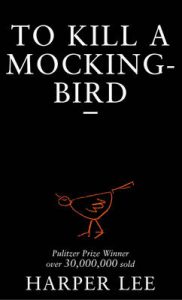 Now a Macarthur Genius Grant recipient and enormously respected human rights lawyer, Stevenson himself came from a poor, racially segregated background—he could just as easily have been one of the people on death row.

In fact, the book includes some anecdotes of Stevenson being racially profiled by police as a burglar when he was simply sitting in his car enjoying a favourite song. He has also been mistaken for being the defendant rather than the lawyer on a multiple occasions.

But at the book’s opening, we meet him as a very green 23-year-old Harvard law student feeling out of his depth. That’s both in terms of the law—he felt adrift and wasn’t sure he wanted to be a lawyer because he couldn’t fathom the applicability of the law in its abstract and white-collar settings—and in Georgia.

He was as an intern on a project that required him to visit a death-row prisoner at a maximum-security prison and he knew he wasn’t qualified to advise this man much less understand the direness of his situation.

I would have liked to have found out what happened to that man, but it appears it’s the entry point to the story and not a case he got to see through to its conclusion, whatever that may have been. Regardless, working with inmates on death row was where it all came together and Stevenson found the application of the law that both made sense and that he felt fitted him.

Stevenson set up his legal practice in Montgomery, a name familiar to many of us as it’s the setting for Harper Lee’s To Kill A Mockingbird. It’s also the place where Rosa Parks refused to give us her seat on the bus. The region is reaping related tourism dollars rewards.

Just Mercy examines a range of Stevenson’s cases. But it particularly follows a black death-row inmate called Walter McMillian who, coincidentally, lived in the region but hadn’t heard of To Kill A Mockingbird. And as Stevenson flags, despite its fame and boon for the local tourism industry, To Kill A Mockingbird’s core messages failed to cut through in the county or change legal outcomes for people of colour. The tale we so fondly remember isn’t actually one of triumph—the innocent black defendant isn’t, as most people mis-remember, found innocent. He’s convicted and later dies while trying to escape prison.

McMillian’s case is similarly tragic. A black man who dared have an affair with a white woman, he was framed for the murder of a woman despite the fact that there were some 20-odd witnesses to him being at a church function at his home at the time of the crime. It’s the kind of case that beggars belief but that is also far from isolated or unique.

Stevenson’s storytelling is unadorned but gripping and I raced through the book all the while knowing it was too-soon going to come to an end. Just Mercy is his memoir, which kind of implies there won’t be a follow-up. I mean, how many people do you know have released more than one memoir? I—and I assume others too, judging from the fact the book is a bestseller—sincerely hope there is more. Much more.Save