Bren MacDibble/Cally Black has blasted onto the Australian literary scene for youth with How to Bee for younger readers and In the Dark Spaces for YA. She is a fresh, authoritative talent; writing outside the mould. The novel circles around the importance of bees, children and community. The title is a pun with a double meaning. Some of the characters’ names reflect the almost-idyllic country setting where the story begins: Peony, Magnolia, Applejoy, Pomegranate …

The writing is sensory where it describes white cockatoos, fruit, a ‘face puckered like a burr on a tree trunk’ and Peony’s flawed Ma as a lemon, ‘You think it’s gotta be good coz it’s so big and has perfect skin but when you cut it in half you find out its skin is so thick there’s just a tiny bit of pulp inside and that it just ain’t got enough juice to go around’.

Students could write about other characters or people in their own families, describing them as fruit in lyrical style.

Pollination/Bees/Honey is a potent theme.

Students could view the Behind the News (ABC TV) episode about the threat to bees in Australia http://www.abc.net.au/btn/story/s4291976.htm

There are also related teacher notes about bees http://www.abc.net.au/btn/resources/teacher/episode/20140729-beeproblems.pdf

Families or schools could investigate setting up a bee hive, particularly with native stingless bees. Compare the taste of commercially and local, unrefined and unheated honey.

Cycles There are a range of cycles within the tale: ‘the farm’s full of circles. Bees, flowers, fruit … all overlapping circles.’; seasons, places (from which characters leave and return); and a death is replaced by a new baby.

Concrete Poetry: Circle Shape Poem Children could write a Circle Shape poem about one of these or another cycle, where each line has an extra word, then decreases to make a circle shape. In the Dark Spaces by Cally Black (Hardie Grant Egmont)

It is a sci-fi thriller/ hostage drama set in future space. Tamara lives in hiding on one of the intergalactic freighters. These are named after songs e.g. Lucy in the Sky, Jolene, My Sharona and Delilah. Her freighter is attacked by Crowpeople/Garuwa and she is kidnapped after witnessing mass murder because she is able to communicate with the Crowpeople. Through Tamara, we learn to understand the Crowpeople, who only take the resources they need to nurture the hives in their ships, which in return feed the inhabitants. Unlike humans who sell excess for profit.

Dinkus When I interviewed eminent Australia author Isobelle Carmody recently, I was excited to learn about the ‘dinkus’.

The simplest way to indicate a section break within a chapter is to leave a blank space between paragraphs, but designers often prefer to use a symbol or glyph. These are often three horizontally placed asterisks but asterisks can be replaced with other symbols.

Crowpeople in In the Dark Spaces have three ‘shiny talons’ (page 41) sticking out from their boots. This symbol is used as a dinkus in the novel e.g. on pages 183,270.

Students find the talon dinkus in In the Dark Spaces, and then look for symbols or glyphs in other novels.

Lightgraff Art (or lightgraffiti) is drawing or writing with light. It combines photography and calligraphy. It can be a live performance or recorded on video or time-lapse photographic stills. It is often used to embellish settings by highlighting or enhancing elements of the scene with colour, line, shape or script (using light).

Examples can be seen by searching online for ‘lightgraff images’.

An example of lightgraff art in Australia is by Karim Jabbari. http://www.theaustralian.com.au/arts/review/art-initiative-form-nurtures-culture-and-creativity-in-wa/news-story/db06452f0d39222bd246062a9c22e0f1

In small groups, students create lightgraff art based on a scene or setting in the novel, In the Dark Spaces. These could include

The following suggestions could stimulate or scaffold students’ ideas: 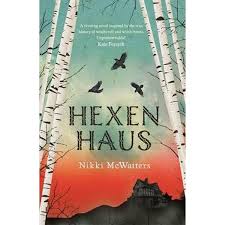 END_OF_DOCUMENT_TOKEN_TO_BE_REPLACED

Authors need to promote their books! A few weeks ago, at a meeting of the Victorian branch of the Society of Children’s Book Writers and Illustrators, a panel of writers (Pauline Luke, Edel Wignell and myself) discussed the topic of promotion. What was evident from the discussion, is that different writers promote in different ways. Some have embraced social media and all forms of electronic promotion, others prefer to stick to more traditional forms such as signings and appearances. Some, like myself, have become promotional sluts, grabbing every conceivable opportunity. But the one thing that everyone agreed on, is how important promotion is to an author’s career.

Inspired by this discussion, I thought a post with some promotion was in order. Relax, I’m not about to try and sell you my books. Instead, I’ve invited five authors to promote themselves in 100 words or less. And so, in alphabetical order, here they are…

Sometimes I think I have this disease called ‘writing’ and no matter what else is going on in my life, I can still get lost in words, words that talk to one another.  A review in Bookseller and Publisher last year said, ‘Corinne Fenton has established a reputation for writing beautiful picture-book histories of animals whose lives have become legendary.’ I hope to keep doing that forever. My next favourite thing is speaking to children and adults about the writing and research behind my books at schools, libraries and bookshops. I have a website, a blog and I use twitter.

[Corinne Fenton’s new website, including blog, was not yet live when this blog was posted. Keep an eye on it as it will be up very soon… www.corinnefenton.com]

“Angsty, wacky, thoughtful and with a lovely sense of black humour” are words that have been used to describe the stories of Bren MacDibble. She has had ten books for children published as well as lots of short stories for all ages. She likes to write accessible science fiction and finds no end to the new and unusual story ideas offered by futuristic themes. Bren’s a Clarion graduate and her passion is YA novels. Thanks to many fine writerly affiliations, Bren’s creativity thrives in Melbourne. You can find her on twitter or visit her website.

To date, my books have all been for the education market. The publishers promote those, so I tend to promote myself. I focus on the www — it’s relatively quick, it’s global, and it’s free. In addition to my own website, I keep author pages on Goodreads, JacketFlap, AuthorsDen, Amazon and LinkedIn. The Australian Society of Authors and Society of Children’s Book Writers and Illustrators feature links to my website. Also, whenever I write articles for parents’ or children’s magazines, or my column for the children’s literacy e-mag, Bug News, my web address appears in the byline.

I write fiction, non-fiction and poetry for children. My most recent picture book is There Was an Old Sailor, illustrated by Cassandra Allen (Walker Books Australia). I also write for education publishers and have written for Hardie Grant Egmont’s Go Girl! series. Visit my website for more details.

Book promotion is an integral part of my writing and can take many forms. Bookshop and school visits are probably my most common activities, but online promotion is increasing. Websites, blogs, virtual booktours all help to promote my books and me as a writer.

As a writer I feel it is important to promote yourself. However there is a fine line between having a quiet presence and blatant self-promotion. I have a website that has been set up so I can maintain it myself. This is important. I don’t want to have to wait for my web designer. I have a blog page on my website and write posts fairly regularly. And I have two Facebook pages – one personal, the other public. I’m also on Twitter but I don’t use it as much as FB. All are linked to my website.

So there you have it… a little bit of insight into the promotional activities of five Australian authors. If there are any other authors out there reading this post, feel free to leave a comment with a link to your website, blog or Twitter account.

Tune in next time for an interview with bestselling fantasy author Trudi Canavan.