I don’t usually like to categorise reads into which gender they might appeal to better. I believe every child is individual and will find a story to fit their unique reading tastes no matter how pink the cover or how boyish the hero. To say that boys should be directed to sports orientated titles and little girls to books about bunnies is pre-historic thinking and infers we (little girls) don’t like puppy dogs’ tails and snails. Simply not true! However, there can be no denying that certain reads will attract certain readers more powerfully than others. This luscious collection of chapter books and mid-graders will undoubtedly appeal to the sweet-toothed predilections of little misses given they are choking with cuteness and gee gees and unicorns.

This is a perfectly placed first-time-chapter-book series for little readers just putting their A B Cs together. These books provide useful stepping-stones in 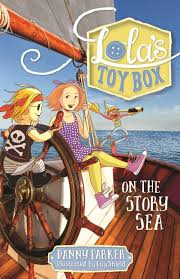 the crossover from readers to more exciting chapter books, each with a softly delivered message and each peppered with adventure. Anyone with an animated imagination and insatiable love for their toys will adore Lola’s Toy Box series. Lola and her toy clown Buddy, chance upon a portal – an old toy box, which transports them time after time to the varied lands of The Kingdom where they experience toy-filled adventures beyond their wildest dreams.

The Patchwork Picnic is the first of this series so far. Other exciting toy-land destinations include The Plastic Palace, On the Story Sea, and The Treasure Trove. The Timberfield Talent Show is the very latest release. Wild and whimsical, just what five to seven-year-old emerging readers need. Pint-sized people from six years of age who love ponies, have ponies, ride ponies or want to ride ponies will fall over themselves with this new pony series. McKenzie’s tummy tickling drawings  (his horse characters are darling!) ably romp alongside short, easy-to-read chapters about Maddy and her pony, Snowy and their induction into the Pine Valley Riding ranch.

It’s not all smooth cantering for Maddy however, as she attempts to fit in amongst the fancy-pantsed, equine experienced girls of her class. However, the call of adventure soon overrides difficulties and cements her love of 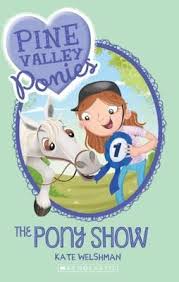 horse riding, as it will for those absorbed in her antics. Start with The Forbidden Trail and move onto The Runaway Foal then prepare yourself for The Pony Show.

There is much for horse-orientated kids to love here, from the bright pastel and foil covers, enticing page layouts, pony profiles, nifty horsey Q & A and loads more besides. Well recommended. 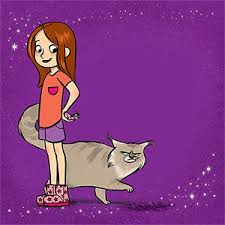 Ruby Wishfingers is an absolute crack up of a series. I loved the first instalment, Skydancer’s Escape and can’t wait to get into Toady-ally Magic. Suitable for slightly older primary aged readers, this tantalising new series still features terrific line drawings and easy to digest chapters but it’s the humour infused story line, flavoured with more than a hint of magic that truly makes Ruby irresistible. She’s your run of the mill ordinary girl with a peculiar name who one day awakens with a weird tingling sensation in her fingertips. She soon realises it’s a force to be reckoned with and that you should be careful what you wish for.

Loaded with lovable characters, talking pocket-sized unicorns, indignant felines, jellybean rain and magic, Ruby Wishfingers books will not disappoint those who love adventure and fast zany reads. My pick of the crop. 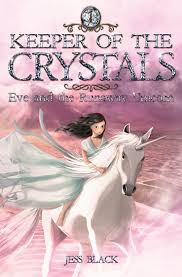 Keeper of the Crystals by Jess Black Illustrated by Celeste Hulme

The things you’ll notice first about this adventure fantasy series are the brilliant covers and sparkly titles. Each of this four part series about Eve and her unlikely companion, Oscar lures young readers in like fish to wriggling worms. It begins when the pair unwittingly unleash the power of the crystals after they open a forbidden wooden box in Eve’s Nan’s attic.

The initial crystal is of a small unicorn, which is a portal into a mysterious fantastical far away land, Panthor. Suggestions of environmental instability and political oppression in each of the strange new worlds Eve and Oscar are transported to resonate throughout these tales albeit all disguised with action, myth, and fantasy for the young reader. 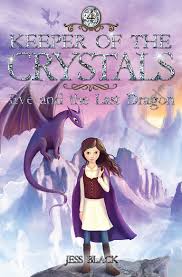 An attractive series that would suit readers seven years and above and those with a penchant for the surreal.