With a house move imminent it has become apparent that I own far too many books.

Normally I can hide the overflow with a little creativity. Packing the shelves so there is two rows of books, not one, and more on top if there’s space ? Normal practice here at Casa De Libros. Persuading myself that a stack of books on the coffee table is not a mess but vital room ornamentation? Of course. Stashing books in wardrobes,  spare bags and occasionally, when desperate, the bathroom cabinet? Well, let’s just say you’ll never find yourself caught short of a read in our house, even if you are caught short in other ways.

Even my ereader offers no respite. The darn thing is stuffed to its electronic gills with books I haven’t read yet. And the massive piles of books doesn’t deter me from getting out there and buying more. Sometimes I’ll come home and want to curl up with a book, and I’ll find I’ve nothing there I want to read. To paraphrase Bruce Springsteen, it is possible to have 57 bookshelves and nothing on. And the obvious solution to that? More books?

It wouldn’t be too bad if I would just get rid of them after I read them, but I part with my books with about as much enthusiasm as Clive Parker pays Carbon Tax, even if they weren’t actually any good.  I just don’t know when to junk in a bad read, let the book go and get it the hell out of my house. I have a big pile of “to finish someday” books that has been teetering on the bookcase so long the base ones are becoming fossil fuels, and I still balk at getting rid of them.

No matter how battered, how biased, how badly written and fundamentally unlovable a book, I find myself loathe to just throw it out. I feel little better about giving them away; I could donate it to hospital, but feel guilty at the idea of inflicting some of these travesties on people who are already suffering. If they’re lying there in bed unable to get the strength up to throw the offending tomes at the wall, does donating books count as a decent act or are you actively torturing people?

Of course, not all these books are actually bad books, some are just books that I didn’t like. The long, long list of books I didn’t enjoy reading includes The Great Gatsby, Lord of the Rings and over half of any 100 best books of all time lists, so I’m not setting myself up as an authority on what good writing is. I own plenty of books that – while not my particular cup of tea – I can certainly see other people enjoying. Wolf Hall, the winner of the 2009 Man Booker Prize and the 2010 Boring Sadhbh to Bits Award,  is still lurking on my shelves but I can think of a few people who’d probably adore it. Same for several biographies and countless fantasy books.

But how to give it to them? There’s always that awkward moment you think someone else is a good fit for a book you hated and you try to gift it to them and they, of course, ask why. “Did you enjoy it?” “No, I hated it. Weak characters, painfully verbose prose and a plot so unlikely it could have been written by Michael Bay in crayon. …um. But I think you will like it?”

Well, at least with the house move I have a cast-iron excuse to deflect this conversation. It’s not that I didn’t enjoy the book, it’s that we don’t have enough space in the new place. If that fails, I’m not sure what the answer is. Possibly more bookcases. Or perhaps I should finally give in, and move into a library. 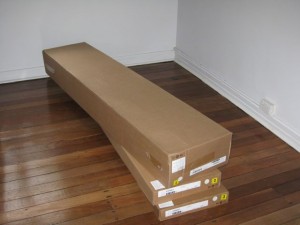 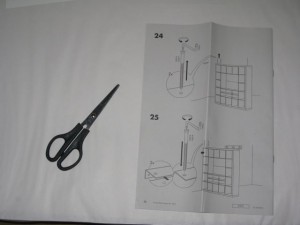 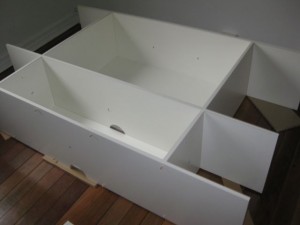 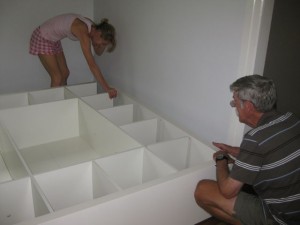 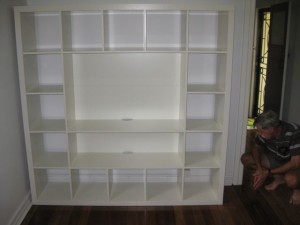